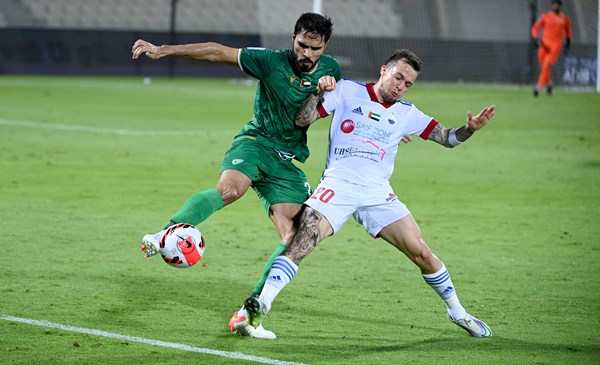 The line of changing coaches has continued in Khorfakkan since the team’s emergence to the 2019-2020 season of the “ADNOC Professional League”, and the administration has fired 6 coaches of different nationalities over the past three seasons with coaches each season.
The start was with the Brazilian Paulo Camelli, who led the “Essours” in the first season, and the team scored 4 points under his leadership, and it was decided to relinquish his services and sign a contract with the Serbian Goran, and the team achieved good results, occupying “12th place”, before the competition was canceled.
Last season, the club signed a contract with Spaniard Caneda, who did not complete 5 rounds until he was fired, and signed with Brazilian Caio Zanardi, and “The Eagles” accumulated 25 points, and it was decided to extend him to at the head of technical leadership in the current season, and during 11 games the total reached 15 points, but the resignation awaited the coach after the loss to Al-Jazira by “quadrupity” in the “11th round”, and Abdul Majeed Al-Nimr took over against the Kalba and Shabab Al-Ahly Union, choosing Argentinian Gabriel Calderon, who guided the team from the start of the second round until meeting Sharjah in “Round 23″ and ” “The Eagles” collected 7 points, from two wins, a draw and 7 losses, to be fired and assigned the job for the second time this season in the remaining three rounds to Al-Nimr.
Despite the contract with the six coaches, “Al-Nusour” has not developed technically and has already fought for 3 seasons for relegation until the last rounds, despite the availability of a good budget for the team.