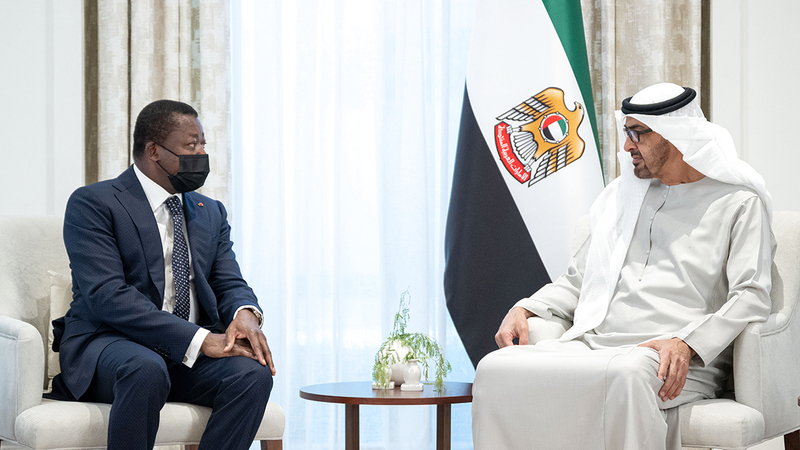 His Highness the President of the State welcomed the visit of the President of Togo who expressed his condolences and condolences to His Highness and the people of the UAE on the passing of the late Sheikh Khalifa bin Zayed Al Nahyan, may God have mercy on him, in which the role of the deceased is praised in the vast process of civilization development witnessed by the UAE.

He also congratulated His Highness Sheikh Mohamed bin Zayed Al Nahyan on assuming the presidency of the United Arab Emirates, and wished His Highness success in leading the country into new horizons of development in various fields.

He expressed his country’s ambition to expand the base of common interests with the UAE.

For his part, His Highness Sheikh Mohamed bin Zayed Al Nahyan expressed his thanks to the President of Togo for the good feelings he showed towards the UAE and its people, and wished him good health and happiness, and his country progress and prosperity .

At the meeting, the two sides discussed friendship relations and cooperation opportunities, especially in the fields of economic, development and renewable energy, which serve the development process in the two countries.

They also exchanged views on a number of issues and topics of common interest.