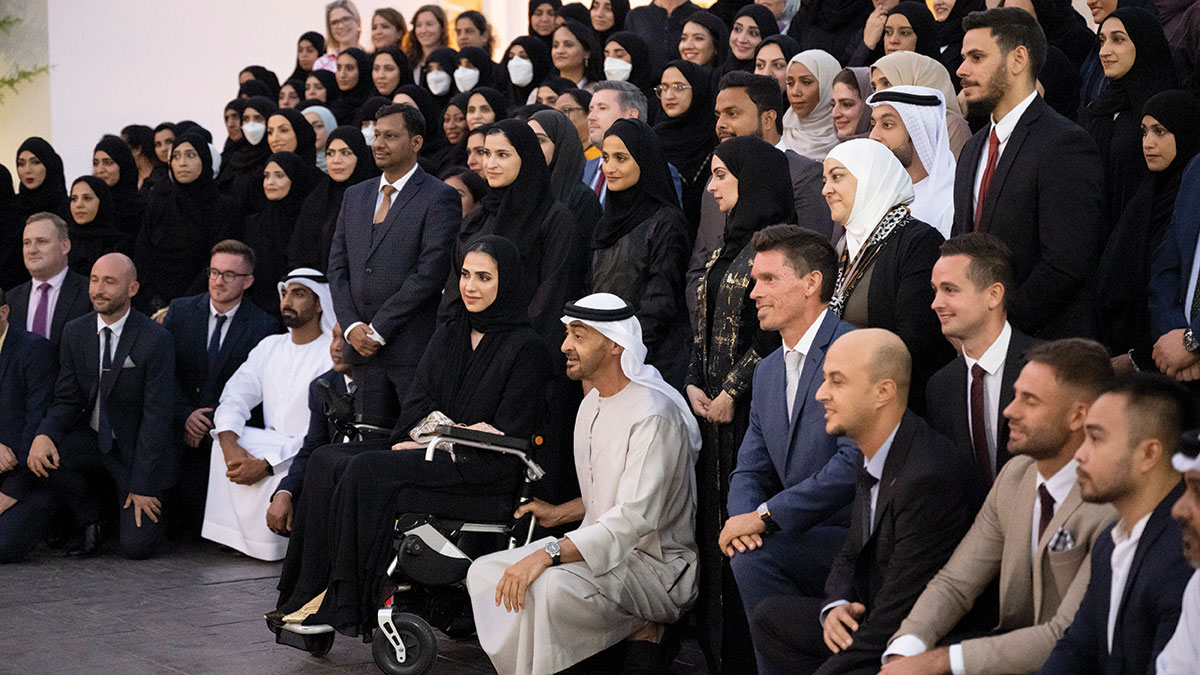 His Highness Sheikh Mohammed bin Zayed Al Nahyan, president of the state, stressed that the only option for the UAE, now and in the future, is quality education, not quantitative, according to the highest quality standards, and emphasized that investment in education and graduation of leading quality cadres, is mainly based on preparing an excellent teacher.

This happened when His Highness received a delegation of teachers and workers in various educational sectors in the country on the occasion of World Teachers Day. His Highness said, “We value and glorify the role of every male and female teacher in educating the generations of today and tomorrow, and preparing them for the future.”

His Highness emphasized the importance of the role of the teacher and his great influence in educating generations, raising their awareness and directing them in the right direction to build themselves and their ideas, especially in the school stages and the first fundamental era, in which the consciousness of young people, their personality, direction and ideas, emphasizing the role of the teacher in protecting these young people from extremist ideas, thereby misleading him, losing his future and his countries are losing energy. This is a great trust and a responsibility that rests primarily on the teacher.

His Highness said: “You are dealing with our children in the most dangerous stages of their lives, and so it is important for the teacher to realize that every word he says, or an action he takes, affects their mind, thoughts and their whole lot.”

His Highness added that every word of encouragement and motivation the teacher says can create a creative and distinctive person in a particular field, and vice versa. Every frustrating word results in society being stripped of a creator or inventor who could have changed his life for the better.

His Highness referred to his personal experience in education about 30 years ago at Air College, and how proud he was of that experience and the period in his life as he watched that generation graduate and take on various positions in the service of his country .

His Highness also recalled a meeting he had with the late Lee Kuan Yew, the former Prime Minister of Singapore – considered the founder of modern Singapore – when he asked him about his five-year plans aimed at building a strong education system in his country for 25 years, and the importance of education in its advancement, as it provided a strong foundation for its emergence and speed of development.

His Highness said that over the next 20 years, education will determine how far countries and nations progress or lag behind in development and civilization.

His Highness called for investing in the education of children in an optimal way, because they are energies and capacities that know no bounds, and it is important to invest, develop and steer them in the right direction. His Highness stressed the importance of exchanging ideas that contribute to the development of societies, and called on teachers to put forward ideas that serve and develop the educational process.

His Highness the Head of State emphasized that countries that build and establish a solid and solid foundation for quality education ensure their future and security by preparing and rehabilitating conscious, wise generations who think in the right direction, plan for their future and carry the flag of their homeland.

“The UAE’s only option, now and in the future, is qualitative, not quantitative, education, according to the highest quality standards.”

To prepare an excellent teacher. “We value and glorify the role of every male and female teacher in educating and preparing the generations of today and tomorrow for the future.”