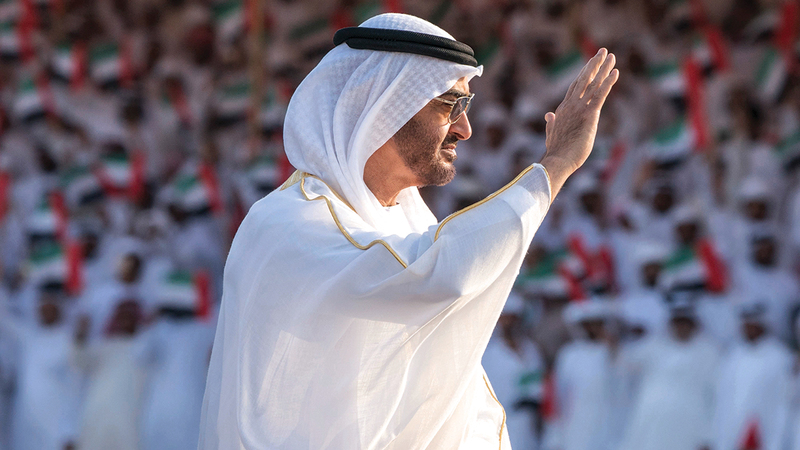 His Highness Sheikh Mohamed bin Zayed Al Nahyan, President of the State, has commissioned the hosting of the 28th Session of the Conference of the States Parties to the United Nations Framework Convention on Climate Change (COP28), in the “Expo City Dubai”, which is the site of “Expo 2020 Dubai”, which was organized by the country .

His Highness’s directive to host the Conference of Parties (COP28) at the “Expo”, as it is an exceptional venue that constituted a premier destination, bringing the world together at the bottom of the UAE within six months. The two events share in achieving sustainability and fostering international action, due to its importance in meeting challenges.

The 28th session of the conference focuses on key themes, including delivering on climate commitments and commitments, inclusion of all, joint efforts and working together to take concrete practical measures and solutions that contribute to overcoming challenges and seizing opportunities, to ensure a sustainable future for current and future generations.

The selection is an extension of the Expo’s legacy and its key message “Connecting Minds and Creating the Future”..and a confirmation of its continued commitment to the themes focusing on “sustainability”, “opportunity” and “mobility” , as well as the availability of advanced, turnkey and sustainable infrastructure, in line with the vision of the UAE State for this session of the Conference of the Parties.

The conference is expected to witness the attendance of more than 45,000 participants daily, including heads of state and government, leaders of international organizations, private sector representatives, academics, experts and representatives of civil society.

The “New Expo City”, announced by His Highness Sheikh Mohammed bin Rashid Al Maktoum, Vice President and Prime Minister of the UAE and Ruler of Dubai, will be a global center for innovation and creativity, and a model for the city of the future that upholds the legacy of the UAE and makes an active contribution to the advancement of the region and the world.

The UAE has a proven track record of climate action and multilateral cooperation, making it an ideal destination for hosting the 28th session of the Conference of the States Parties, as the country hosts the permanent headquarters of the International Renewable Energy Agency (IRENA), and the UAE was the first country in the region to sign and ratify the Paris Agreement, as well as the region’s first A country committed to reducing emissions across all economic sectors, while the UAE has established itself as an ideal destination to host high-level international events focused on climate action and sustainable development.

Over the past 15 years, the UAE has consolidated its regional leadership in renewable and clean energy investments at the local and international levels, investing $50 billion in clean energy, and recently announced its plan to raise more than $50 billion billion, over the next decade, in more projects. , including hydrogen and ammonia. The UAE owns three of the largest and cheapest solar power plants in the world and has investments in renewable energy projects in 70 countries, including providing more than $1 billion in grants and loans to 27 island nations that suffer from scarce resources and are more vulnerable to the effects of climate change.

The UAE is focused on maximizing the potential of effective and innovative climate action as it is a key driver for building a new model for sustainable, low-emission economic growth, contributing to job creation and new sectors, and enhancing the ambitions of the UAE, the region and the world.

It is noteworthy that the 28th session of the Conference of the Parties is of great importance for achieving the objectives of the “Paris Climate Agreement”, as it is held at a critical stage in which the international community wants to make progress in the commitments made in the agreement, and the conference is scheduled to witness the first global review. The progress of countries in implementing their specific contributions under the Paris Agreement, in addition to identifying the characteristics of the next round of these contributions.

As the Arab Republic of Egypt hosts the 27th Conference of the Parties, the UAE is committed to working closely with them to accelerate global progress on climate action and adapt to the impacts of climate change. United Nations Framework Convention on Climate Change, it was launched in Brazil in 1992. Since 1995, the parties to the treaty have had formal meetings annually that aim to find solutions to mitigate the effects of climate change.

At the conclusion of the 26th session of the Conference of the Parties in Glasgow, the UAE was chosen to host the “COP28” conference in the month of November 2023.

The conference will host its 28th session next year, focusing on accelerating climate action and finding practical solutions to mitigate the impacts of climate change.

Expo was a premier destination that brought the world together in the UAE within six months.