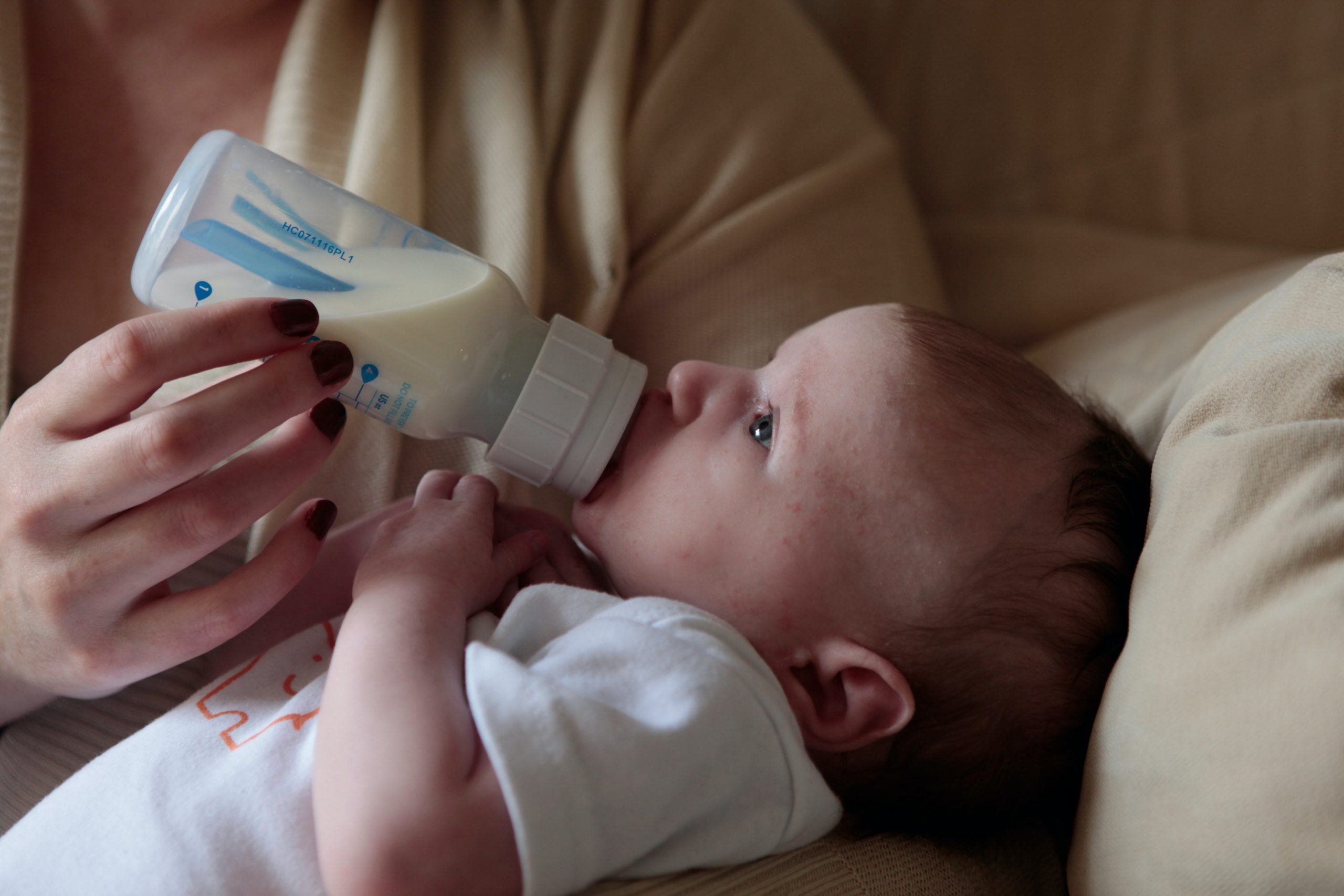 The day Jordan Papineau Roch and his wife met with a specialist to discuss their very sick newborn, they were presented with an unusually complex treatment plan—one that included an introduction to the supply chain problems of the infant formula industry.

Their daughter Elisabeth was born weeks after Abbott Nutrition closed a massive factory that produced the special foods she needed due to a genetic condition. It was unclear whether the correct formula would be available, and the hospital’s own stock was scarce.

What was clear was that this wouldn’t be an isolated problem — another baby in Hamilton needed the same specialized formula, their doctor, Dr. Pranesh Chakraborty himself.

“We had really gone through a complicated medical management plan. It’s the first time I’ve had to involve a complicated supply chain conversation in that. That was an added stress for the family,” said Chakraborty, a metabolic specialist at Ottawa Children’s Hospital. as CHEO and Director of Newborn Screening. Ontario†

“We talked about supply chain security – what are we in control and what are not. I hope I don’t have to do that again.”

The heartbreaking consultation highlighted the dire consequences of a highly concentrated industry dominated by just a few players.

The issue quickly prompted experts across the country to build a network that ensures no sick baby is left behind, says clinical dietitian Erica Langley, also of CHEO.

She credits a spontaneous working group of doctors and dietitians with averting catastrophe by rationing supplies and sending them to where they are needed most.

“Thanks to all this coordination, we have managed to control and manage a potential level 10 crisis,” Langley says.

“We have not solved it. We have made it manageable, but it continues.”

“Everyone in the world asked for these products”

At the Hospital for Sick Children in Toronto, the department head of metabolic genetics says they typically have months of supply for all conditions. Not now.

“We kind of look at empty shelves and think nervously about the possibility of children being born with specific conditions. It makes us very uncomfortable that we might need a formula quickly and not have enough on hand,” says Dr. Neal Sondheimer.

“The supply has fallen to the point where when we take patients in with these conditions, we tell them to bring their own formula from home, rather than deliver it ourselves…. We never do that.”

A key measure to bridge Abbott’s shortfall is to engage Health Canada and the Canadian Food Inspection Agency to import more baby food.

The chief operations manager of the National Food Distribution Center, which supplies food to more than 60 percent of Canadians with inherited metabolic diseases, recalls a spate of phone calls between himself, doctors and federal officials on March 8.

A plan was ready within four hours, says Roman Bhattacharya, and an interim policy was announced on March 10 that relaxed labeling and formulation requirements for additional imports.

But the massive shortage meant that even emergency import supplies were limited — formulator Mead Johnson sent only two cases where the center’s users typically consume nearly $40 a month, he says.

“Everyone in the world asked for these products,” recalls Bhattacharya, whose center feeds more than 1,300 patients a year, including children, teens and adults.

“I even went to the United States and ordered five cans online… and had one of my employees go get it. She was visiting her mother who lives there, so I said, ‘Do you mind if I use your mother’s address?’”

Fourteen of the 20 new imports temporarily approved by Health Canada are for those born with genetic diseases, including 11 for infants, he says. The rest are sold over the counter at pharmacies and retail stores, including five regular formulas and one hypoallergenic product.

Abbott’s shutdown has been particularly devastating for Canadian infants who rely on a highly specialized diet, Bhattacharya says. According to him, Abbott is the sole supplier of infant formula for three conditions and provides more than 80 percent of the formula for two others.

The company’s Michigan plant was closed in February after a safety recall involving several products, none of them specialty brands for metabolic disorders. However, the shutdown halted all work at the plant and created secondary shortages with other manufacturers trying to fill the gap, leaving many parents scrambling across the United States.

The Retail Council of Canada has reported sporadic shortages here, but notes that another supply chain has cushioned the impact. A council spokeswoman said Monday that its members largely reported shelves filled with regular and specialty formulas and that any shortages were variable and temporary.

Sondheimer says the shortage of specialty formulas was less severe for colleagues in the United States who could turn to alternative products from Mead Johnson and Nutricia — but these weren’t available in Canada until the interim import policy.

He says regular communication with other hospitals about formula offerings keeps “we out of trouble.”

“But it’s not a comfortable situation and it creates a lot of work for the dieticians,” notes Sondheimer.

These efforts ensured that Elisabeth and her Hamilton counterpart were both fed without compromising supplies elsewhere in Canada, Langley added.

Papineau Roch says Elisabeth is now doing well on a combination of breast milk, regular powder and a newly imported product from Mead Johnson. But he’s concerned about the range of mainstream formulas she needs, noting that a major retailer has limited how much he can buy online and doesn’t have the luxury of just switching to another brand.

“We order more and keep it in storage. Of course we are monitoring the situation very closely because that is a risk for her,” said Papineau Roch from Gatineau, Que.

Sondheimer says he wished he had known more about how baby food was made and how fragile Canada’s supply really was.

“The inability to predict what will happen when you have one supplier is really a matter for all of us,” he says.

“It’s not Health Canada’s fault, it’s really a lack of imagination on the part of all of us. We just hadn’t considered this possibility.”