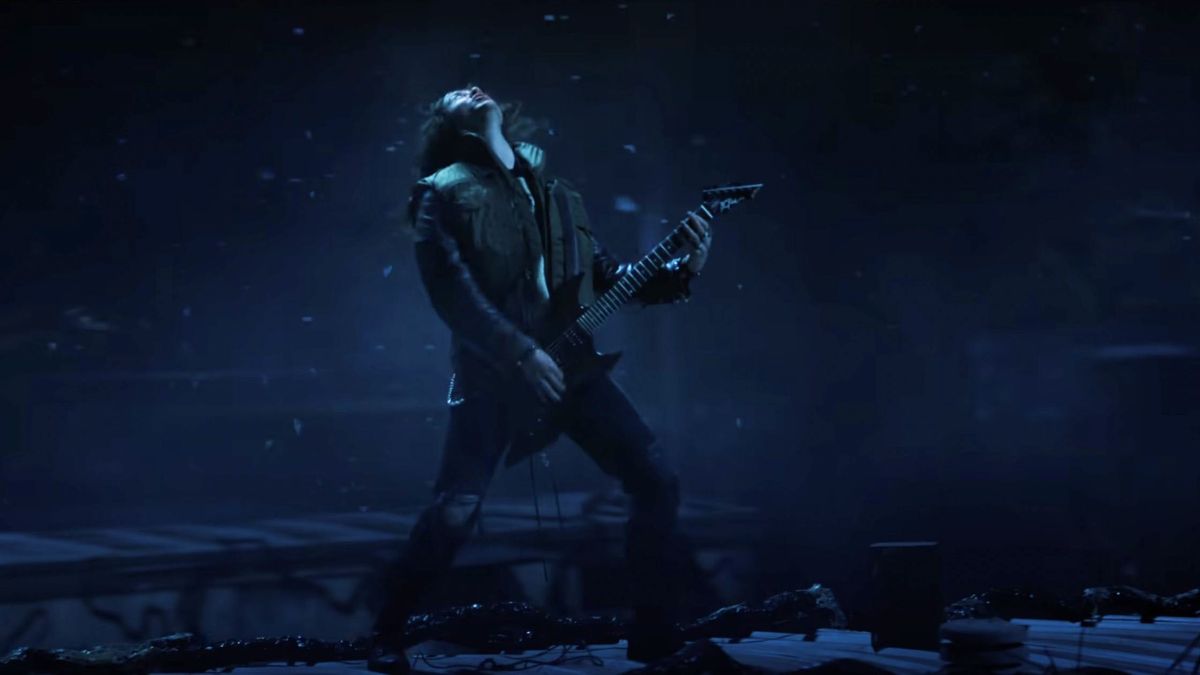 When the trailer for the second part of Weird stuff last month, the internet had a lot of questions, but one question in particular haunted rock fans’ minds, which is what song could metalhead Eddie Munson shred on his guitar?

Several suggestions were made at the time: one popular bet was the guitar solo from Europe’s signature 1986 anthem The Final Countown, while others went for the opening riff of Guns ‘N Roses’. Sweet Child of Minewhich was released a year later Appetite for destruction†

We have enlisted expert help, namely our good friends at Guitar Worldto try to solve the mystery, and the majority believed that Munson was shredding Metallica’s Puppeteerwith editor-in-chief Michael Astley-Brown noting about Eddie’s hand positioning, “the stuff in the neck is the right position for that solo.”

Well, spoiler alert, the truth can now be revealed. And, what do you know, the Guitar World the crew made it:

When we asked actor Joseph Quinn, who plays Eddie Munson, if he personally chose? Puppeteer before the segment he told us it was all over [Stranger Things creators and executive producers] the idea of ​​the Duffer brothers.

“I just feel like this is the perfect song,” Quinn added, “a crescendo to take us through this crazy sequence. It’s definitely an inspired choice for the show.”

The show’s costume designer recently revealed that the Dio patch on the back of Eddie Munson’s jacket came directly from the metal icon’s estate.

“I love Eddie, I think Eddie feels so real,” said Amy Parris. “And he’s wearing one thing because he’s in that outfit all the time, so I really focused on it and made sure everything in that outfit was authentic.”