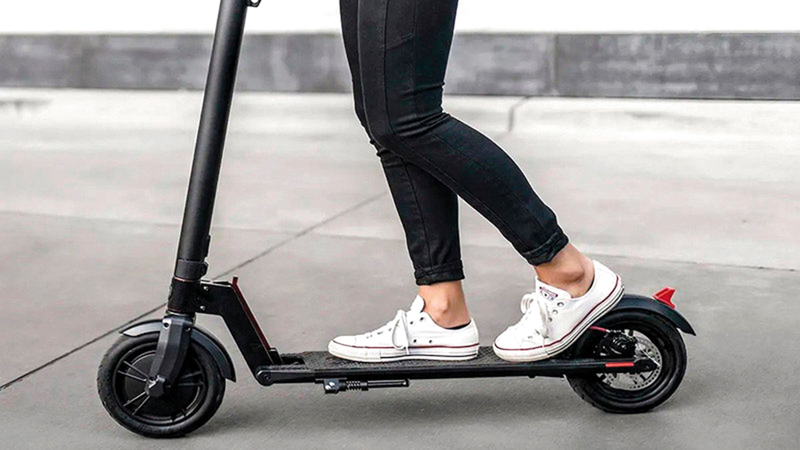 The Ministry of the Interior has drawn up 10 obligations and guidelines that persons must comply with before riding electric bicycles (scooters) on public roads, namely: ensuring that the scooter is regularly maintained, the integrity of the tires, brakes and ensure inverters before use,
Adjust the height of the handlebars for comfortable driving, wear head protection, arms and knees, wear a reflective jacket (phosphorizing), especially when driving at night,
The user of the scooter must be an adult and qualified to drive it, use electric scooters on the paths designated for exercising them, adhere to the safety instructions, prevention requirements and regulations for such vehicles in the emirates of the United States. land, and respect the road and its users.
The Ministry of the Interior, represented by the Federal Traffic Council, launched this month its second unified state-level traffic campaign under the slogan “Road safety for users of electric bicycles, “electric scooters”, with the aim of raising traffic awareness among this category, through the need to to adhere to the instructions and instructions necessary for road safety on the roads to ensure the safety and security of its users.
The initiative is part of a series of initiatives and traffic campaigns launched at the beginning of this year 2022, which aim to send awareness messages to e-bike users to ensure their safety on the road and encourage them to comply with traffic regulations. – and traffic laws for driving. such bicycles.
The Ministry of the Interior confirmed its vigor in its campaigns to raise awareness of all road users, including this category of electric bicycle users, and to ensure their safety and the safety of people, and to send awareness messages through the campaign , in addition to fieldwork by members of the police patrols to ensure that the users of these bicycles comply with traffic instructions and laws. Respect for the road and its users.