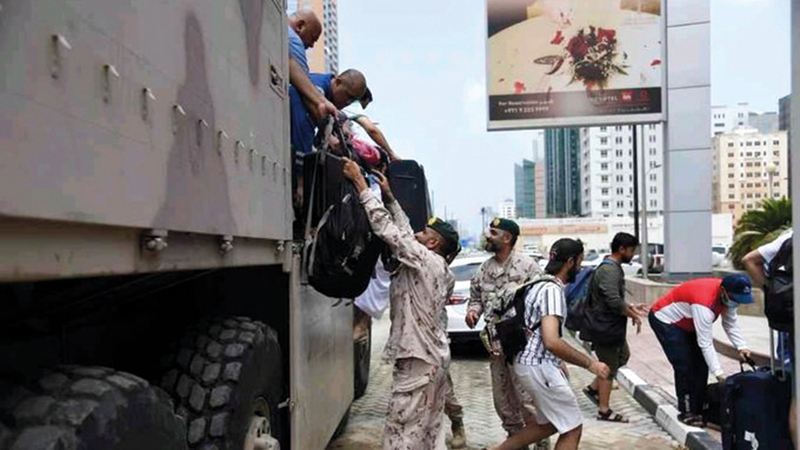 Yesterday, the Ministry of Defense’s Joint Operations Command announced the successful completion of Operation Loyal Hands, as instructed to the civil authorities in the Eastern Region.

On July 28, the Joint Operations Command announced the implementation of the “Loyal Hands” operation in support of the civilian authorities in the emirate of Fujairah, which was subject to an air depression.