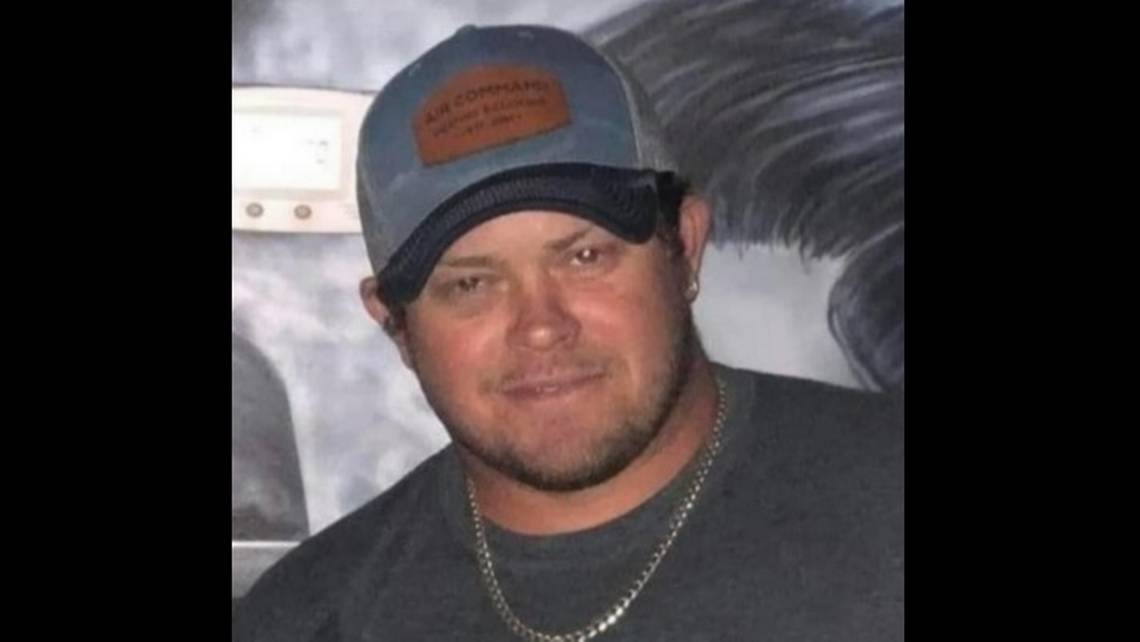 A concerned Dollar General customer called 911 when they saw a man outside the Alabama store grabbing his chest and yelling “help me” in May, according to a federal lawsuit.

Jeremy Lee Thompson, 34, died hours after dispatchers sent two Geneva police officers to him on May 21 instead of the medical attention he needed, the lawsuit filed in November said.

When officers found Thompson in his car, he told them he was suffering a stroke, according to a complaint. But they “disregarded (his) serious medical needs” and arrested him after claiming he had an open bottle of alcohol in the car, the indictment states.

“Instead of taking Thompson to the emergency room where the officers would have to remain while he received medical care, the officers took (him) to Geneva Prison,” the complaint states.

Thompson’s grandmother, Verlon Elizabeth Thompson, is suing the two officers, accusing them of depriving her grandson of his civil rights and causing his death by not seeking medical care before he was taken to jail and later suffered a heart attack.

McClatchy News contacted a lawyer representing the two officers for comment and Geneva police on Dec. 20.

Geneva Police Chief Pepper Mock told WDHN that one of the officers named in the lawsuit no longer works for the department and the other is still a current officer. He described them both as “good” officers.

Jon Goldfarb, one of the attorneys who represented Thompson’s grandmother in the case, told McClatchy News in a statement Dec. 20 that he looks forward to reviewing the officers’ CCTV footage.

“What I suspect it will show is evidence that supports the fact that the officers should have sought medical attention rather than taking Mr. Thompson to jail,” Goldfarb said.

Before the two Geneva police officers reached Thompson, dispatch informed them of what the Dollar General customer observed, including how they saw him grab his chest and say “help me” into the mouth, the complaint states.

Although Thompson “clearly” showed he had a medical emergency when they arrived around 7:10 p.m., they arrested him for public intoxication after claiming there was an open container of alcohol in his car, the indictment said.

His grandmother’s lawsuit alleges that the officers never performed a sobriety test on Thompson, who was found to have no alcohol in his system based on later blood tests.

Thompson’s feet drag as he enters the prison

Thompson’s arrival at the county jail around 7 p.m. was described in the complaint as a struggle — dragging his feet on the ground as the two officers supported his weight.

Based on a coroner’s report, Thompson was not taken to an emergency room and instead restrained in a chair, the complaint states.

Prison staff became concerned when, according to the complaint, Thompson began to shake and sweat “heavily” after about an hour and a half. Geneva County emergency medical services were then called and arrived at about 9:15 p.m

First responders gave Thompson ketamine to calm him down and suspected he had been suffering from a possible overdose for the past three hours, the complaint said.

At 9:50 p.m., Thompson was unresponsive when he was admitted to the emergency room at Wiregrass Medical Center and, according to the complaint, suffered a heart attack.

About 15 minutes later, a nurse wrote in her notes that Thompson stopped breathing and chest compressions were unsuccessful, the complaint states.

According to the lawsuit, he was pronounced dead at 11:20 p.m. by the ER doctor.

The coroner wonders why Thompson didn’t see a doctor

Coroner Danny Adkinson, who was investigating Thompson’s death, expressed concern in his report about the way Thompson was treated, the complaint states.

“My biggest concern: why did a person who was reported clutching his chest and saying the words not medically clear me before being placed in the county jail? This may have violated the admission procedures for prisoners at Geneva prison,” the coroner wrote, according to the indictment.

Thompson’s cause of death was listed as “toxic effects of methamphetamine” in his autopsy report, the complaint states.

Methamphetamine is a stimulant that can cause damage to the heart, including increasing the risk of a heart attack, according to WebMD Connect to Care.

“What most people don’t realize is that overdosing isn’t the only cause of death when using drugs,” Naveen Gupta, a physician in Halifax, Nova Scotia, told WebMD.

“Methamphetamine abusers also die from other causes, such as heart failure and cardiovascular arrest, and these are only secondary to overdose death,” Gupta added.

Thompson “probably would have survived” had he received faster care

Had the Geneva officers “immediately taken Thompson to the emergency room after meeting him at the Dollar General, Thompson probably would have survived, since methamphetamine overdoses are generally treatable by intravenous administration of benzodiazepines in combination with antihypertensive drugs” , says the complaint.

In the coroner’s report, he noted that prison policy requires detainees who appear dangerously intoxicated to be assessed by a doctor and receive medical care before being taken to jail, the indictment said.

The lawsuit, first reported by AL.com, accuses the officers of violating Thompson’s rights to the 14th Amendment by showing indifference to his medical needs.

It is seeking compensatory and punitive damages and is seeking a jury trial.

Geneva is about 110 miles south of Montgomery and is directly above Florida’s state lines.