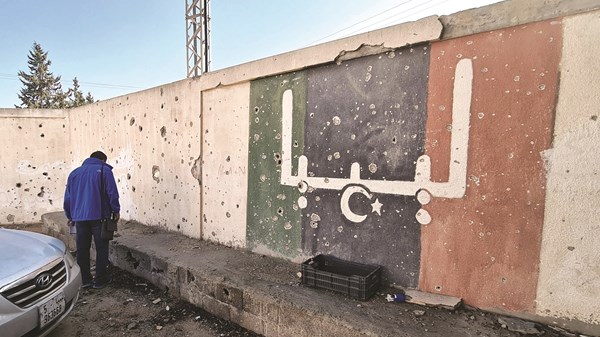 Political experts and analysts confirmed that the terrorist group “Brotherhood” in Libya is trying in every possible way to adapt all means to ensure its survival in the political scene, the most important of which is to use the “judiciary” as a weapon against it opponents, and an attempt to drag the judicial institution into the political crisis between the warring factions and adapt it to achieve its goals, pointing to things that have come to pass laws tailored to the community.
Libyan political analyst Haitham Ahmed Al-Werfalli explained that the current crisis regarding the exploitation of the “Libyan Brotherhood” by the judiciary, especially in the case of former Supreme Court president Muhammad Al-Hafi, is not yet over. it’s the beginning. delivery and delivery takes place in the capital Tripoli and since that time the judge who made the ruling has disappeared.
Al-Werfalli stated in statements to Al-Ittihad that after the Skhirat agreement, the Brotherhood froze the work of the Constitutional Chamber in the Supreme Court so that the agreement in which the organization took control of the government in Tripoli would not be challenged, and the National Conference was revived by the creation of a new and parallel body to Parliament is the “Council of State” with the same members of the outgoing “National Congress”.
The recent period witnessed widespread controversy after the House of Representatives blocked the way for the “Brotherhood” by exonerating “Al-Hafi” and appointing another in his place, as events stretch back to August 18 last year, when Muhammad Al-Hafi, the former president of the Supreme Court, announced the activation of the Constitutional Department that deals with adjudicating constitutional issues, after pressure from the “Brotherhood” organization, which had been preparing court cases to be brought before that circuit challenged against decisions and laws issued by the House of Representatives, which is what the court is currently considering. Some of them considered it a step to involve the judiciary in the political crisis on the part of the “Brotherhood” and use it against their opponents, led by the House of Representatives.
In turn, the Libyan political analyst, Muhammad Al-Tarhouni, indicated that the efforts of the “Brotherhood” are repeated non-stop to rise to the judiciary, given that there is awareness of the “Brotherhood” in the Libyan street as an unwanted faction after what they did in Egypt and Tunisia, indicating the “Brotherhood”. They view the judiciary as the one who enacts laws that hinder the electoral process, and they try to use it to exclude those who oppose them.
Al-Tarhouni revealed in a statement to Al-Ittihad that the Brotherhood controls much of Libya’s judiciary, legal and legislative body and helps them “legitimize” their decisions and achieve their plans.
Libyan political analyst, Muhammad Al-Zubaidi, agreed with what Al-Tarhouni put forward, adding that the group is not only trying to penetrate the judiciary, but has already exploited it when it obtained rulings that annulled the elections and excluded figures who opposed them.
Al-Zubaidi explained in a statement to Al-Ittihad that the “Libyan Brotherhood” uses intimidation and intimidation against judges, so some of them were kidnapped and targeted, and they also used the previous parliament to pass laws of political isolation and integrity to enact, which society still pays the price for.
Al-Zubaidi stressed that the judiciary is trying to move away from political conflict and exploitation, but that the elements of the group are working hard to interfere in all institutions, especially the judiciary, the media and even religious institutions. members and their allies are not implemented, as was the case with Sadiq Al-Gharyani in Tripoli, which has a hostile attitude towards Arab countries.