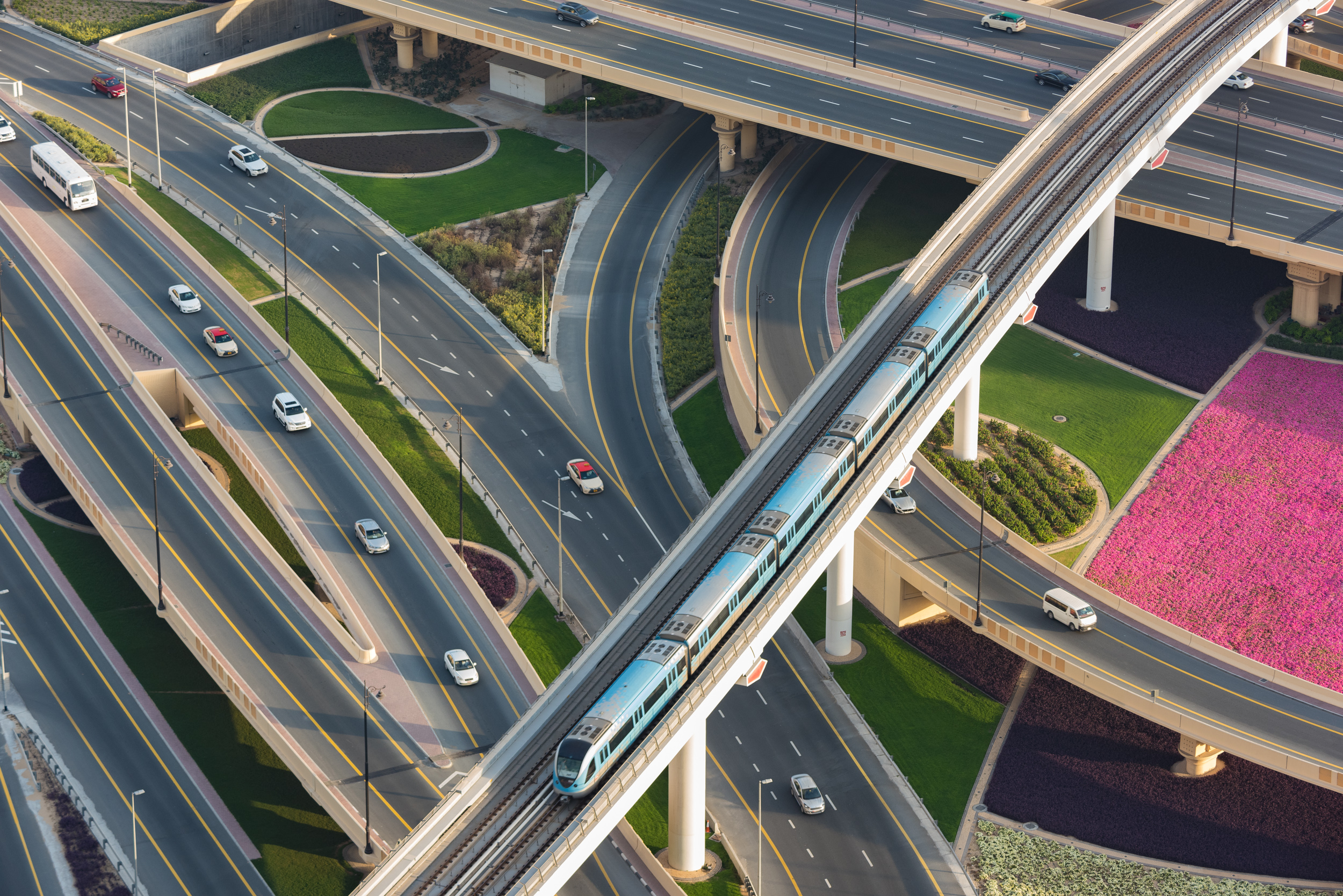 The Roads and Transport Authority in Dubai has announced that the total length of the roads it has built is currently 18,475 km, which is almost three times the length of the famous Amazon River, which flows in several countries on the South American continent. , including Brazil, Peru, Bolivia, Colombia and Venezuela.

The most recent and most significant projects realized by the authority include the Dubai-Al-Ain road development project, which opened at the end of last month, at a total cost of two billion dirhams, and was carried out under the strategic transportation plan. in the emirate of Dubai. The road stretches for 17 km, from the intersection of Dubai-Al Ain Road with Emirates Road to the intersection of Bukadra with Ras Al Khor Street. The project involved widening the road from 3 to 6 lanes in each direction, as the total length of the bridges and their ramps reached 11,500 meters, in addition to constructing a side street on both sides of the road to increase road safety. And the development of six major intersections.

Seih Al Dahl Road was also one of the latest road projects completed by the authority as it also opened on May 24 last month. Seih Al Dahl Street, which connects Seih Al Salam Street and the Mohammed bin Rashid Al Maktoum Solar Energy Complex, was developed and expanded through the construction of a new 11 km road consisting of two lanes in each direction, a center island and 3 roundabouts to facilitate traffic The road will connect to the entrances of the Al Qudra Lakes.

One of the most important road projects carried out by the authority in recent years was the road project leading to the Expo 2020 area, which was carried out in 6 phases and at a total cost of 3 billion dirhams. The project involved the construction of bridges with a length of one kilometer and 400 meters and roads with a length of approximately 8 kilometers. The number of Expo Street lanes is 6 lanes in each direction, with a length of 3 km. The Emirates Road is being developed with a length of approximately 5 km and the former roundabout at the intersection of Emirates Road with Expo Street is being converted into a bridge intersection, allowing free movement in all directions.

It is noteworthy that the Dubai Roads and Transport Authority is currently working on two ongoing projects to develop the road infrastructure in Dubai, namely the Manama Street Development Project, which includes converting existing roundabouts into traffic light intersections, to be completed in September. will be, and the Academic City Intersection development project On the Sheikh Zayed bin Hamdan Al Nahyan Street, which is expected to be completed in December, and in the future, the Sheikh Zayed bin Hamdan Al Nahyan Street will be developed, in the extension of the Academic City, to the intersection with Al Awir Street.