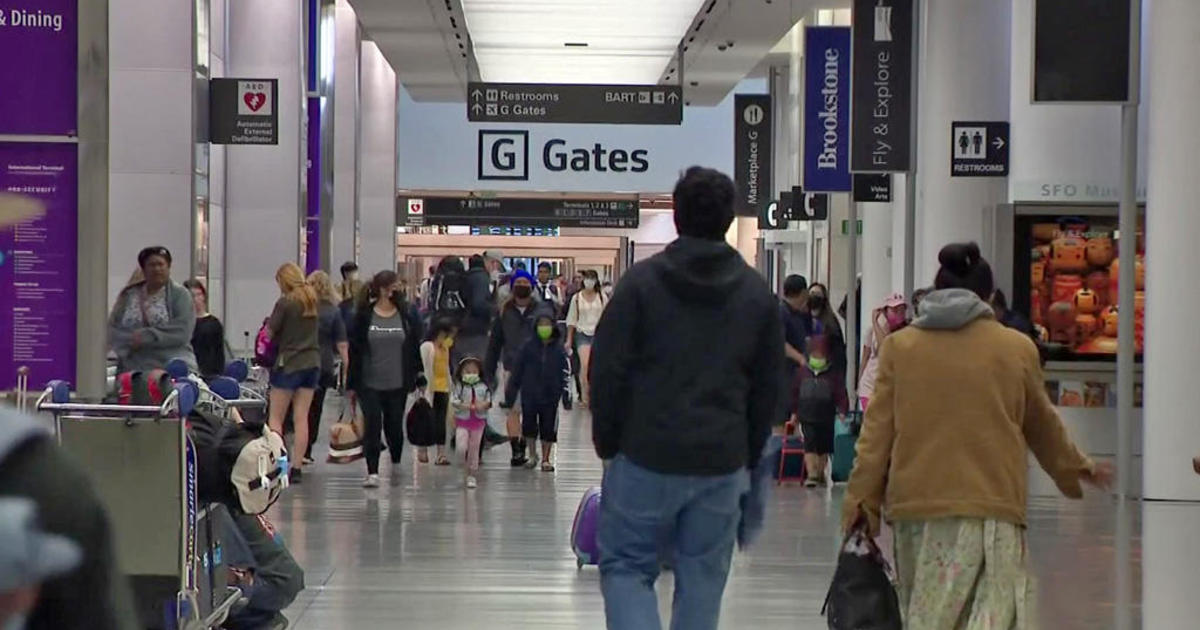 SFO — The July 4 holiday weekend is off to a difficult start for many people who choose to fly. The summer travel season is full of unprecedented challenges for thousands of travelers.

With just 15 cancellations in the last 24 hours, SFO outperforms many major airports in the US and abroad. Yet the hustle and bustle is here, and so are headaches and disruptions.

Coming home to Humboldt County for the Childs family was anything but smooth.

“We spent 45-50 minutes on the tarmac because our gate had other planes so and then we got to customs and that took an hour to get through so by the time we got here we missed our flight said Shannon Childs. “My wife and daughter are going home tonight and me and my son are going to take a hotel tonight and leave tomorrow morning because they don’t have four seats on the flight tonight.”

Airlines across the board are canceling flights due to bad weather and staff shortages. Demand is back to pre-pandemic levels as major airlines cut summer schedules to ease pressure on operations.

The pain extends into Europe.

“When we got to London on the 21st, Heathrow, I think it was, the amount of bags cluttered around baggage claim blew me away. You could have stacked them on top of each other and built buildings with them. It was insane with all the bags out there, so that was wild, and there’s been a lot of strikes,” Childs said.

Airlines have already canceled 3,000 flights in the US in the past two days.

“Only the second leg of our flight was cancelled, so we just got new boarding passes. We need to rush to San Jose and get the girls on a flight there,” said San Mateo’s Jason Williams.

Travel experts advise to arrive at least an hour earlier than you are used to, because flying remains unpredictable.

Betty Yu joined KPIX 5 in November 2013 as a general assignment reporter. She spent two years at Miami’s NBC station WTVJ as a reporter before moving to San Francisco.