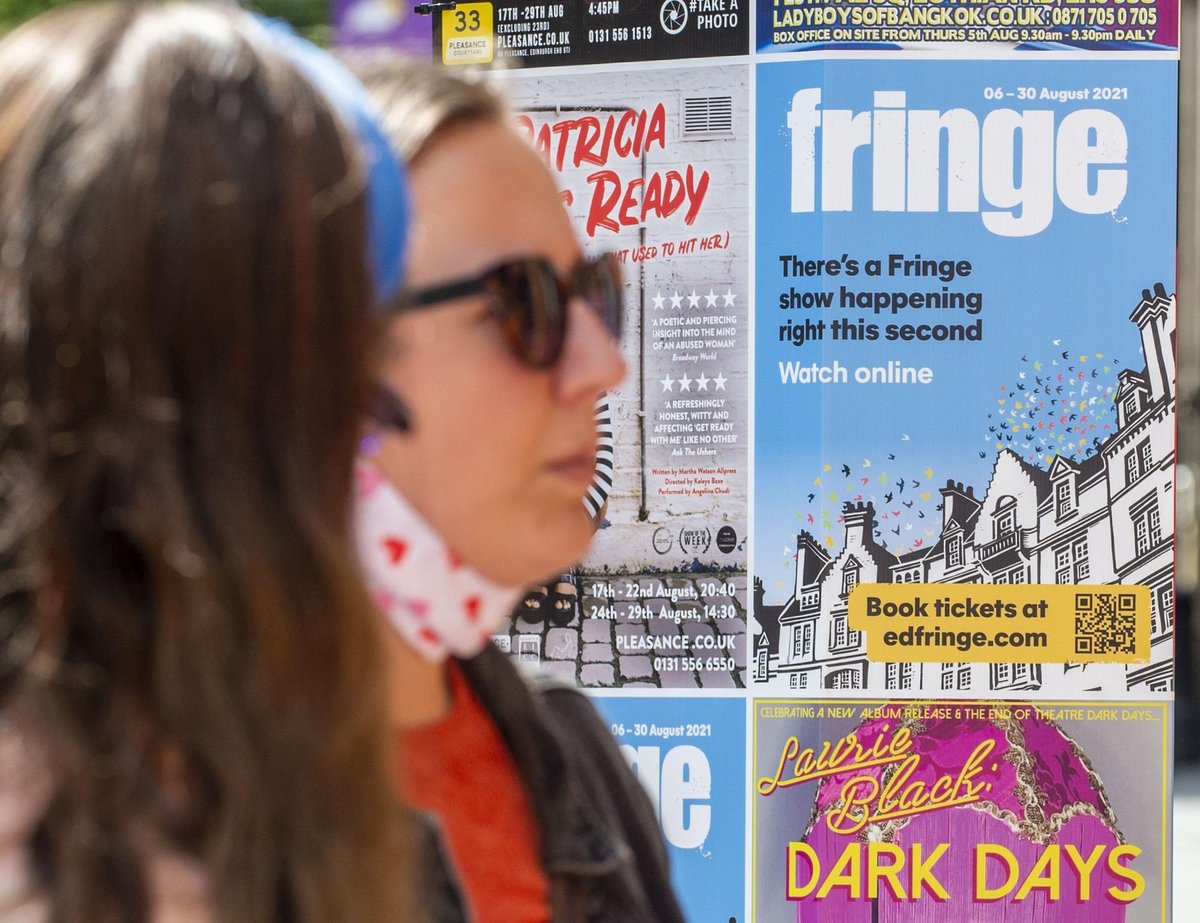 However, when distributing the £1.5 million Fringe Resilience Fund for 2022, it seems to have taken their inspiration from Matthew 13:12. “For to everyone who has shall be given, and he shall have an abundance.”

The government money given “to support the return of the Fringe after the pandemic” actually “supported” 13 sites after it was distributed by a jury chaired by the Fringe Society.

This puts us in a situation where, while artists and audiences are being priced out of Edinburgh in August, society’s favored ‘trickle down’ economic model is unsurprisingly the real Fringe fail. Meanwhile, a status quo that is rapidly destroying society’s tenets of “openness and inclusiveness” is being cleverly enforced.

The £1.5m fund is certainly a resilience-enhancing figure, even if you include the £305,000 “allocated to support the continued resilience of the Fringe Society”.

Frankly, at £393 a pop for a full entry fee, and nearly 3,000 shows in Edinburgh for the month, I’d bet the Fringe Society already has more resilience than the Great Wall of China.

Fringe Society CEO Shona McCarthy, leading up to the fund’s distribution, described the money as “to address affordability and ensure this festival stays true to its founding principles of openness and inclusiveness”.

A resilience fund to help the Fringe recover from the impact of the pandemic has done little, if anything, to help artists and smaller venues tackle the enormous costs associated with putting on a show at the arts festival, with the heart and soul of the event now in serious jeopardy as large-scale producers step up subsidies, writes Kate Copstick. PIC: Lisa Ferguson/National World.

Around this time it was argued that perhaps the purpose would be better served and more ‘open and inclusive’ by simply offering free registration for this year’s artists and companies.

Why would any performer benefit if one of the major venues and commercial outfits that fit so well with the Fringe Society’s new business plan can noard promise to “examine the behavior of an audience after a pandemic” from their £125,000 prize?

Why consider listening to artists and even gamblers and trying to do something about the prohibitive cost of staying in Edinburgh when an international entertainment empire could earn £138,000 hiring more staff to sell (presumably) more beer and manage special offers such as a £6 surcharge ticket that allows you to skip some sort of VIP queue and pick a seat when you book online?

Why bother with the heart and soul of a 75-year-old art legend when you can hand over £43,000 to run (much more ‘contemporary’) mental health support facilities for stand-up comics? It misses the whole point that the decent way to help an artist’s mental health is by bringing back a dash of fairness, affordability, accessibility and equality.

Why help the many when you can easily hand over £133,000 to a ten-room venue, which I know is currently raising at least three eye-watering, hope-drying accusations from their unwitting residents, all of whom are Fringe-first timers.

Ultimately, why support the continued health of grassroots creatives when you can drive commercial expansion with £148,000?

The answer will be heard loud and clear in Edinburgh in August.

According to every first-hand account I hear, the soul-consuming and complicated application process represents the ultimate triumph of walking the walk talk. The phrase “tell them what they want to hear” becomes a familiar refrain.

The eligibility criteria begin by limiting the amount of funding a site could apply for, based on the applicant’s annual revenue (or, in some cases, as I am reliably informed, their estimated or extrapolated revenue).

Some might think this would be unfair to, say, a genuine Free Fringe organization. I couldn’t comment on that.

Some may wonder why the list of winners is missing from The Stand and PBH’s Free Fringe, the two organizations that have offered artists the best and fairest deals in their own way over the decades.

However, the grants allow other venues to cut costs for performers while making up for the shortfall in funding. In the words of a loyal Fringe, who declined to be named, “they pat themselves on the back for using funding to support artists, while simultaneously ignoring admitting that the most important support artists need is to get their deals done.” to get around.”

And so the whole idea of ​​looking at the universally recognized (by artists and producers) problem of crippling location costs is cleverly discarded.

The jury panel is chaired only as chaired by the Fringe Society with expert advice from Creative Scotland, City of Edinburgh Council and Event Scotland. Which explains a lot.

So, on the off chance that any of the aforementioned unnamed interested parties, do you remember the performers? Probably not. You may recognize one when you see one. In fact, one of the scholarships has allowed ‘he off the telly’ to spend August in a new 300-seater, practicing things he’s unsure of at £15.50 a ticket.

Meanwhile, a promoter behind a small hall gives his view from the ‘shop floor’.

“To see all this money being filtered out on big promoters and questionable initiatives definitely sticks. This is entirely because those in executive positions are given carte blanche to pour money into sectors they have no idea about, and then casually say ‘we’ve provided funding’ when none of it goes to the right places.

“What we have now is an arts festival being used to cover up a massive Oktoberfest-style pi**-up with boutique pop-up lobster roll carts hauling it in while desperate performers pay £4K to get somewhere to sleep while playing the other £6K. So if some money is found to go to the Fringe, it’s not surprising that in real terms the vast majority of the money comes almost nowhere near The Fringe.

“Because it is no longer an art festival.”

-Kate Copstick is an actress, writer and comedy critic