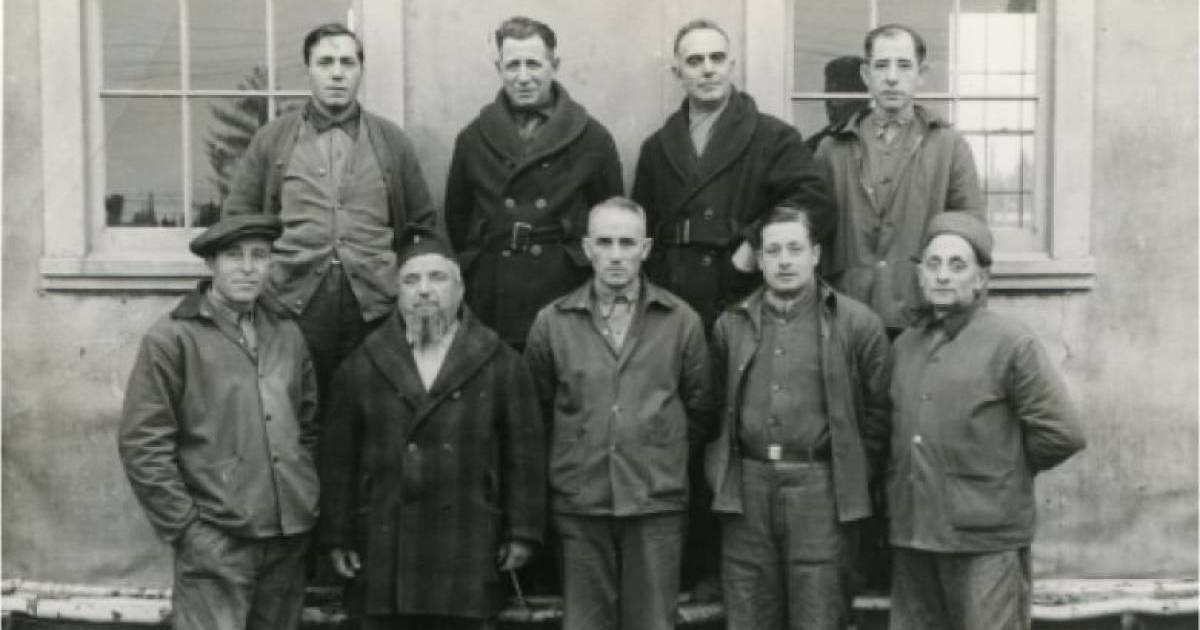 Below is the full text of the June 8 formal apology by Vancouver City Council, read before its morning meeting, to the city’s Italian-Canadian community for the treatment it received during World War II, including its arrest, detention, and internment of dozens without criminal charges and a requirement of about 1,800 other men, classified as “enemy aliens,” to report monthly to the RCMP.

In a June 8 release, the city said: “On June 3, Deputy Mayor Sarah Kirby-Yung read the proclamation and Councilor Melissa De Genova read the full apology to members of the Italian-Canadian community at an event co-hosted by the Consul General of Italy – Vancouver, and Il Centro, Italian Community Center.

Recognition of Injustice of Internment and Improper Surveillance of Italians in Vancouver, June 1940 to September 1943

Immediately after the declaration of war on Italy, June 10, 1940, the Canadian government ordered the RCMP to arrest certain members of Canada’s Italian communities who were considered hostile aliens. Relying on the Canadian War Measurers Act and armed with lists of Italians, some of whom were Canadian citizens, RCMP officers arrested many of these suspects at home or at work. As a result, about three dozen men living in Vancouver underwent initial interrogation by RCMP personnel. With one exception, they were all then placed in cells in the Immigration Building near the Navy Building on the north side of Burrard Street. After the Alberta accommodation was completed, the Enemy Aliens were chained to pullman chairs in two waves and transferred by train to the Kananaskis POW Internment Camp.

Many of the internees’ families were not informed of the disposition of their loved ones or given definite reasons as to why or when they had been taken from them. In this regard, there was no communication between the detainees and their families for about two weeks.

No Vancouver internee has ever been charged with a crime against Canada. Not initially nor at any point during the incarceration in Kananaskis, AB and Petawawa, ON, which lasted a total of fifteen and a half months.

A majority of family members whose breadwinners were interned had major emotional trauma and/or financial difficulties. A family business went bankrupt, forcing the wife of an internee to file for bankruptcy. The two daughters of another inmate had to drop out of school to look for work to meet the family’s financial obligations. These are just two examples of the tragic and traumatic consequences of the arbitrary and unlawful internment.

In addition, the RCMP, with the cooperation of the Vancouver City Police Department, has ordered up to 1,800 Italians to register with the RCMP. They were required to report monthly to RCMP headquarters, some for the duration of the war with Italy. Those required to register were Italians who had arrived in Canada from Italy after October 22, 1922, the date Benito Mussolini formed the government in Italy. During their short monthly reporting sessions, they were required to confirm the workplace, home address and general activities.

A majority of the hostile aliens who flocked to RCMP headquarters on a monthly basis felt mortified, outraged and nauseated at being labeled as hostile aliens.

In the years following World War II, formerly interned Italo-Canadians and their families tried to put this episode behind them. Their shame of being arrested and interned outweighed their sense of justice for the injustice done to them. Despite the humiliation and injustice, the Italo-Canadians picked up the shards and went on with their lives. In doing so, they worked tirelessly to show fellow Canadians that they were good citizens contributing to their communities. Many lived in silence, burdened by the stigma of arrest and detention, while others suffered the humiliation of having to report to the RCMP as hostile aliens on a monthly basis.

The post-war wave of immigration brought hundreds of thousands of Italians to Canada. They too, like those who came before them, were imbued with the motivation to create a better future for their families, to work hard and ensure their children received an education to take their place in Canadian society. The Italian wartime internment in Canada was unknown to many of them and to those who heard of it it was talked about quietly with a sense of shame and resignation by those who endured it. It influenced the way Italian immigrants were viewed. The consequences of internment extended beyond the internees and the event itself.

In 1990, the National Congress of Italian-Canadian and Canadian Business & Professional Inc. a campaign to get unjust internment recognized by the Canadian government with apologies and educational recognition of the wrong.

Public rallies were held across Canada to hear from the internees and their families about the shame, humiliation and pain they suffered because of the illegal internment. A good number of the internees were still alive at the time and could relate their experiences first hand. Their testimonies were supplemented by their children who had grown up with the stigma of interned parents. Their stories were moving and heartbreaking. Some of the internees burst into tears, remembering the humiliation of arrest and humiliation for no reason. Nearly all of the internees have since died and their children are now seniors, who are also aging quickly. Soon that generation will not be with us either.

Although then Prime Minister Brian Mulroney acknowledged the mistakes in 1990, an apology was not issued until 2021 when Prime Minister Justin Trudeau apologized in the House of Commons for the unjust internment of Italo-Canadians during World War II.

Few, if any, of the former inmates lived to hear the apology. Fortunately, many of their children and grandchildren have heard the apology.

The Vancouver City Council therefore extends its sincere apologies to all members of the Italian community in Vancouver for the City Council’s reference to Italian Canadians as “enemy aliens” in the 1942 movement and the subsequent damage outlined above. We do this in the belief that an injustice done to one citizen is an injustice done to everyone.