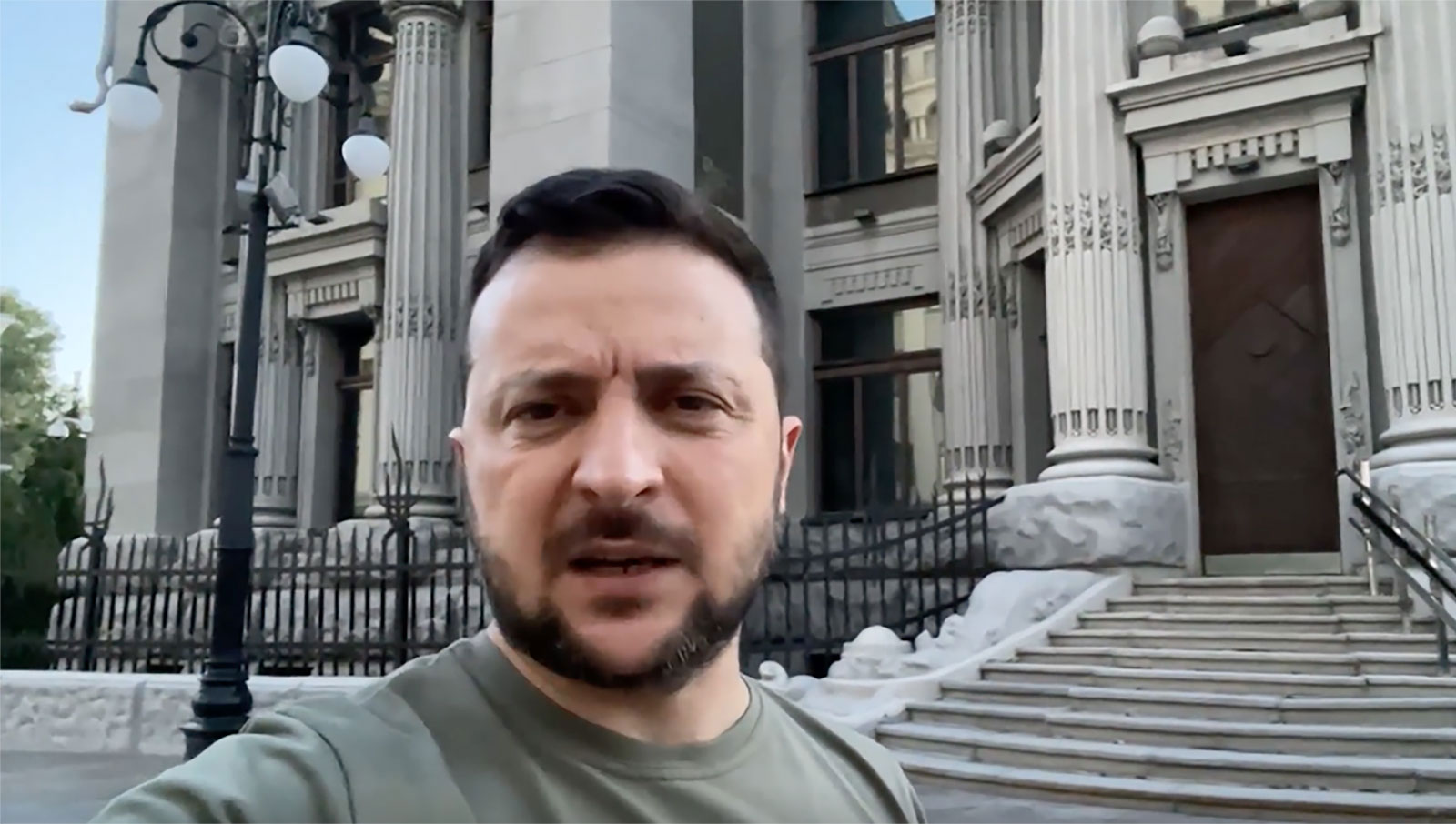 Russian Foreign Minister Sergey Lavrov said on Wednesday that Russia’s intentions and goals in Ukraine are “clear” and insisted Moscow will not stop grain exports from Ukraine.

During a joint press conference with Turkish Foreign Minister Mevlut Cavusoglu in Ankara, a Ukrainian journalist asked Lavrov: “What [else] did Russia steal from Ukraine?”

He replied that “with regard to grains, there is no obstacle or challenge posed by the Russian Federation.”

“Mr Zelensky must issue an instruction so that Ukrainian ports can become safe,” Lavrov said, reiterating his previous remarks that Ukraine must clear its waters to ensure the safe passage of ships.

Lavrov said that “we are not the ones responsible” for creating a problem and that “the ball is in their court”. [Ukraine’s] court.”

The Russian foreign minister said Russia is in talks with the Turkish military to ensure the safe passage of ships.

Lavrov said Russia has “clear intentions and clear targets” in Ukraine, which he claimed would “liberate” the country from a “neo-Nazi regime”, reiterating a false Kremlin claim about the Ukrainian government.

The spokesman for the Ukrainian Ministry of Foreign Affairs reacted to Lavrov’s statements.

“Ukraine has made clear its position on the seaports: military equipment is needed to protect the coastline and a naval mission to patrol the export routes in the Black Sea. Russia should not use grain corridors to attack southern Ukraine,” Nikolenko said.