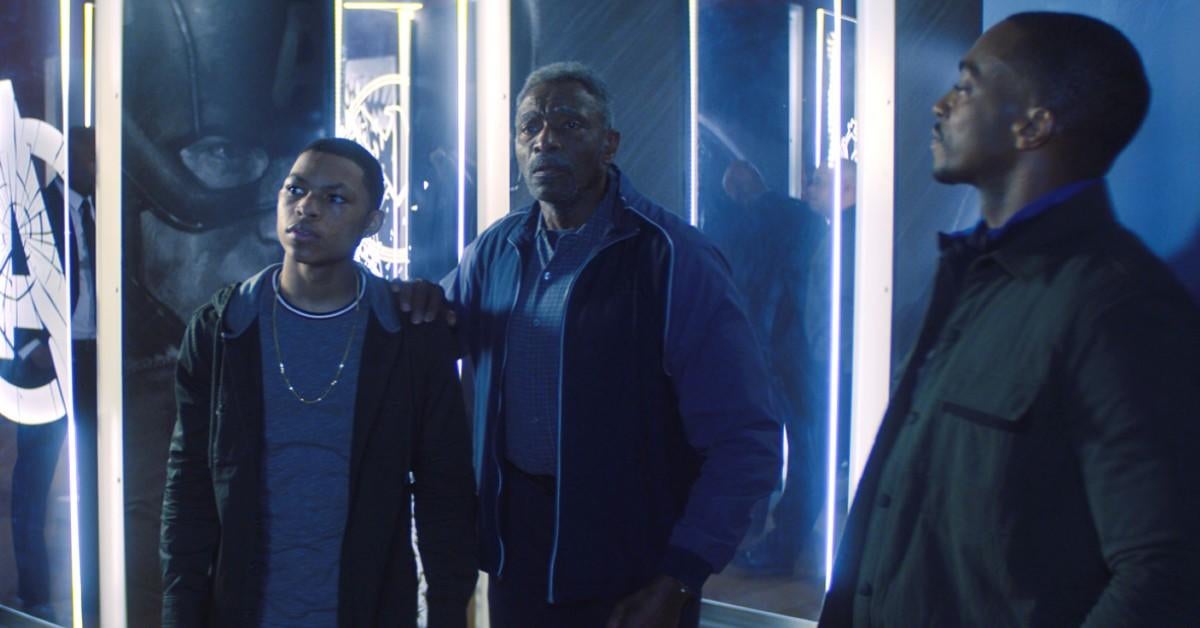 Elijah Richardson is acting coy when it comes to his potential return to the Marvel Cinematic Universe after starring in The Falcon and the Winter Soldier† The actor played Eli Bradley, the grandson of Isaiah Bradley (Carl Lumbly), whom viewers taught in Falcon and winter soldier had experimented and got the super soldier serum that turned Steve Rogers into Captain America. The elder Bradley also served as a super soldier in the 1950s and even had an altercation with Bucky Barnes, aka the Winter Soldier. In the comics, Eli Bradley follows in his grandfather’s footsteps and takes on the superhero identity of Patriot as a member of the Young Avengers. When fans see Richardson appear as Patriot in the MCU, he won’t give away the surprise.

The Falcon and the Winter Soldier actor joined his Hollywood Stargirl costars Grace VanderWaal and Tyrel Jackson for an interview with Josh Wilding of ComicBookMovie.com. After discussing the original Disney+ movie, Wilding asked Richardson if fans would get to see Patriot in Captain America 4 and if he hopes it happens. Richardson replied by simply shaking his head and saying, “No comment.”

The following month, the young actor made more hopeful comments about Patriot in an interview with The Direct. “I did my research after I found out I was getting the part. I was trying to figure out who Elijah Bradley was and what relationships he might have with other people in the Marvel Universe. I just kept that in mind when approaching it.” character,” Richardson shared. “Frankly, that’s pretty much everything, hopes and dreams. I mean, yes of course, who wouldn’t want to be a part of the MCU? However? But I mean, we’ll see. ‘I will see.'”

He later admitted that he originally thought he would have superpowers during the Disney+ series.

“I knew I was auditioning for Marvel, but I didn’t know which character I was auditioning for. So I got different sides. You know, they don’t want to reveal the real sides until you get the part. So when I got the sides , I did my self-tape, [which is] when you record yourself and then send it to the production company,” Richardson explained. “I knew it was for Marvel, so I thought, ‘Maybe this character has a superpower or an ability or something.’ So then I got a call back and said, ‘Okay, we want you to audition again.’ I auditioned again with different sides. I approached the character in exactly the same way. I was like, ‘You know what, this character must have some ability or superpower. This is Marvel. There’s no way he wouldn’t!'”

Would you like to see Patriot team up with other heroes in the MCU to form the Young Avengers? Let us know your thoughts in the comments!