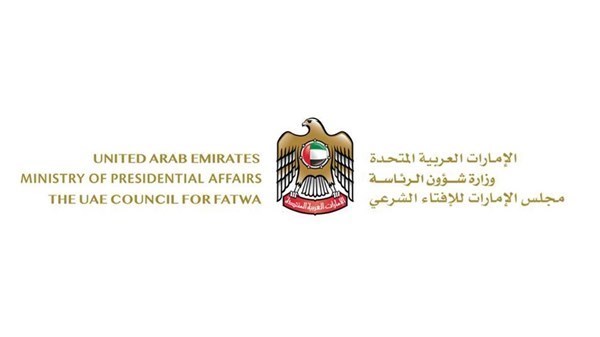 The Emirates Council for Shariah Fatwas, affiliated with the Presidential Court, has launched a new publication titled “They are asking you for a fatwa at the Hajj/Iftaa stations” in conjunction with the state’s pilgrims who are on their way have gone to the Holy Land; To perform the Hajj rituals for the year 1443 AH – 2022 AD. The booklet deals with the most prominent legal fatwas for the rituals of Hajj and Umrah, in an innovative and simplified way within ten fatwa stations that take into account the stages of the Hajj and the temporal and spatial planning, by presenting all the fatwas that pilgrim at that station, and give a short answer to it, with artistic output and contemporary mental maps pointing the pilgrim, on visualizing the rituals of the hajj and understanding its main meanings. His Excellency Sheikh Abdullah bin Bayah, President of the Emirates Council for Shariah Fatwas, said on the occasion: “Hajj is an act of worship for the sake of worship, and it is one of the rituals of the religion and one of its obligations. of the main rewards that a pilgrim would return if he fully performed his hajj with its pillars, duties and desirable things is forgiveness of sins and the ignoring of sins, because he, peace and blessings be upon him, said: “Whoever performs the Hajj of this House and whoever commits no adultery or immorality will come forth from his sins as on the day his mother gave birth to him.” He added that as the Emirates Council for Shariah Fatwas fulfills the duties and competences entrusted to it by our wise leadership by educating pilgrims on the legal fatwas of this great obligation, it also monitors the chaos of Hajj fatwas which pilgrims often suffer because of it, and it helps pilgrims in performing their rituals keeping in mind the devotion to the approach. Facilitate and remove hardship and shame, and achieve the objectives of Sharia in protecting the lives of pilgrims and ensuring their safety. His Excellency expressed his thanks and prayers to the wise leadership for his continued and deep support to the Emirates Council for Sharia Fatwa in carrying out its duties and communicating its message to all members of society. them with the best and most complete reward. His Excellency Dr. Omar Habtoor Al Darei, Director General of the Emirates Council for Sharia Fatwa, Assistant Vice President of the UAE Pilgrims Affairs Office for Awareness and Religious Education, said: Led by His Highness Sheikh Mohamed bin Zayed Al Nahyan, President of the State” may God protect him”, and his brother His Highness Sheikh Mohammed bin Rashid Al Maktoum, Vice President and Prime Minister of the UAE and Ruler of Dubai, and their brothers, the rulers of the Emirates, and to His Highness Sheikh Mansour bin Zayed Al Nahyan , Deputy Prime Minister and Minister of the Presidential Court, for their continued support to the Council in carrying out its duties and achieving its mission. And he indicated that the issue comes as part of the Council’s efforts to care for the pilgrims of the House of God, the Most High, and to make them aware of the legal fatwas in a simplified manner and with international standards, taking into account taking into account the easy access to information and bringing it closer to the mind in an innovative artistic way. He said: “With this publication, we want to unify and verify the legal fatwas related to the rituals of the Hajj, by listing the most prominent legal fatwas that are often requested, in a practical and scientific way, taking into account the temporal and spatial order of Hajj acts, taking into account the requirements of the contemporary reality of pilgrims’ circumstances by: Facilitating And taking away the shame in a way that enables them to perform their Hajj in the most complete way, and to their circumstances.” The issue of “They Ask You in Hajj / Ifta’ Stations” came in 39 medium size pages, with an innovative artistic output explaining Hajj’s provisions in “mental maps” and artistic drawings that put the information in the reader’s mind. The publication contained an introduction and ten main stations, and the station came.The first was to talk about how to prepare financially and morally for the Hajj, and the second station came to talk about Ihram and his types, to to help pilgrim choose the ritual that suits his condition, be it individuals, the Qur’an or pleasure.The fourth station came with an explanation of the provisions of Tawaf and Sa’i and how to perform them, then came the fifth stage to talk about the day of Tarwiyah and how to enter Ihram for the one who enjoys it on the eighth day.And his status among the actions and days of the Hajj, and what is prescribed for the pilgrim in it, then the seventh nth station that came to talk about the fatwas of overnight stays in Muzdalifah and the stipulations of the Maghrib and Isha prayers jointly and briefly. In the eighth station, the issue talked about the main fatwas related to the Day of Sacrifice, namely: throwing, slaughtering, shearing or shortening, then Tawaf al-Ifadah and seeking the Hajj for the one who enjoys it, and clarifying what is often asked among the pilgrims on this day of the ruling about arranging them and presenting or delaying actions on this day, followed by the podium The ninth in explaining the legal rules for the days of al-Tashreeq and the ruling about throwing stones into them before the meridian, and what actions are prescribed for pilgrims on this day. Note that the issuance will be distributed electronically to all pilgrims of the country and all members of society can benefit from the issuance.