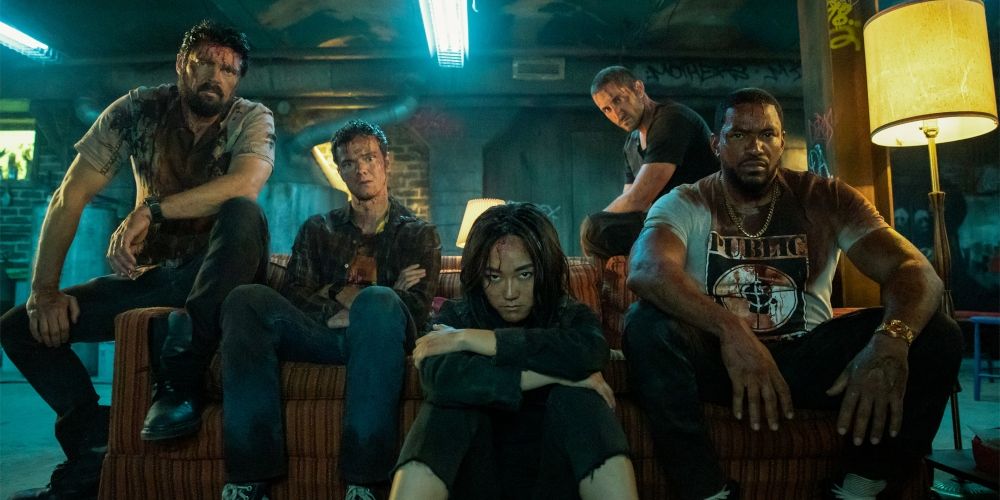 The Boys threaten to hold back the release of the highly anticipated full trailer for the upcoming third season of the Prime Video series.

“If someone else tweets this photo to us, we’ll push the drop deeper into next week,” the boys wrote on Twitter, in response to a fan tweeting a photo of Chace Crawford’s The Deep, along with a comment about the trailer possibly coming out ahead of schedule.

the boys recently released a retro-style poster for the upcoming third season, featuring Jensen Ackles’ Soldier Boy. Along with the poster, showrunner Eric Kripke also announced that the full trailer for Season 3 would be released on Monday, May 16.

Season 3 of the boys footage wrapped last September and has reportedly already been picked up for season 4. The highly anticipated third season began filming in Toronto in late January 2021 after production delays due to the coronavirus (COVID-19) pandemic. The release date for the third season was officially announced after a long wait, with both showrunner Eric Kripke and the boyssocial media periodically teases Season 3, while also poking fun at anxious fans who repeatedly asked for updates, at one point claiming the season wouldn’t premiere until “2033.”

the boys is based on the comic book series of the same name by Garth Ennis and Darick Robertson, and the first two seasons of the show, created by Kripke, first aired on Prime Video. the boys recently released the first teaser trailer for the highly anticipated third season, featuring a first live-action look at Jensen Ackles as Soldier Boy, Laurie Holden’s Crimson Countess in action, and Billy Butcher’s new superpowers.

While little has been revealed about the season’s plot, it will introduce several other new cast members, including Sean Patrick Flannery as Gunpowder, Nick Wechsler as Blue Hawk, Miles Gaston Villanueva as Supersonic, Frances Turner as Monique, Kristen Booth and Jack Doolan as Tessa and Tommy/the TNT Twins and Katia Winter as Little Nina.

Season 3 has been teased as the bloodiest episode of the Prime Video series but Kripke promises a stunning premiere, calling the first episode the “craziest” the show has accomplished to date. “Without giving away spoilers, I was just editing yesterday, and we’re doing something here in the season 3 premiere that not only I think is the craziest thing we’ve ever done, it has to be up there with the craziest thing anyone ever did,” the showrunner said. “Maybe it won’t work. Who knows? But I’m just so high on this joke we’re pulling it out. And it’s definitely something that no one has ever seen before, probably for good reason. So that’s all really exciting.”

Season 3 of the boys premieres on Prime Video June 3. Seasons 1 and 2 will be available on DVD and Blu-ray from May 31.

The Boys kicks off season 2 recap series with Queen Maeve

Emily Zogbi is a New York writer and news editor at CBR. Although she has a Masters of Fine Arts in Poetry, Emily especially enjoys talking at length about the MCU and why the 2009 Wonder Woman animated film is better than any other. She wished she had been a dancer. You can follow Emily on Twitter at @emilyrosezombie.