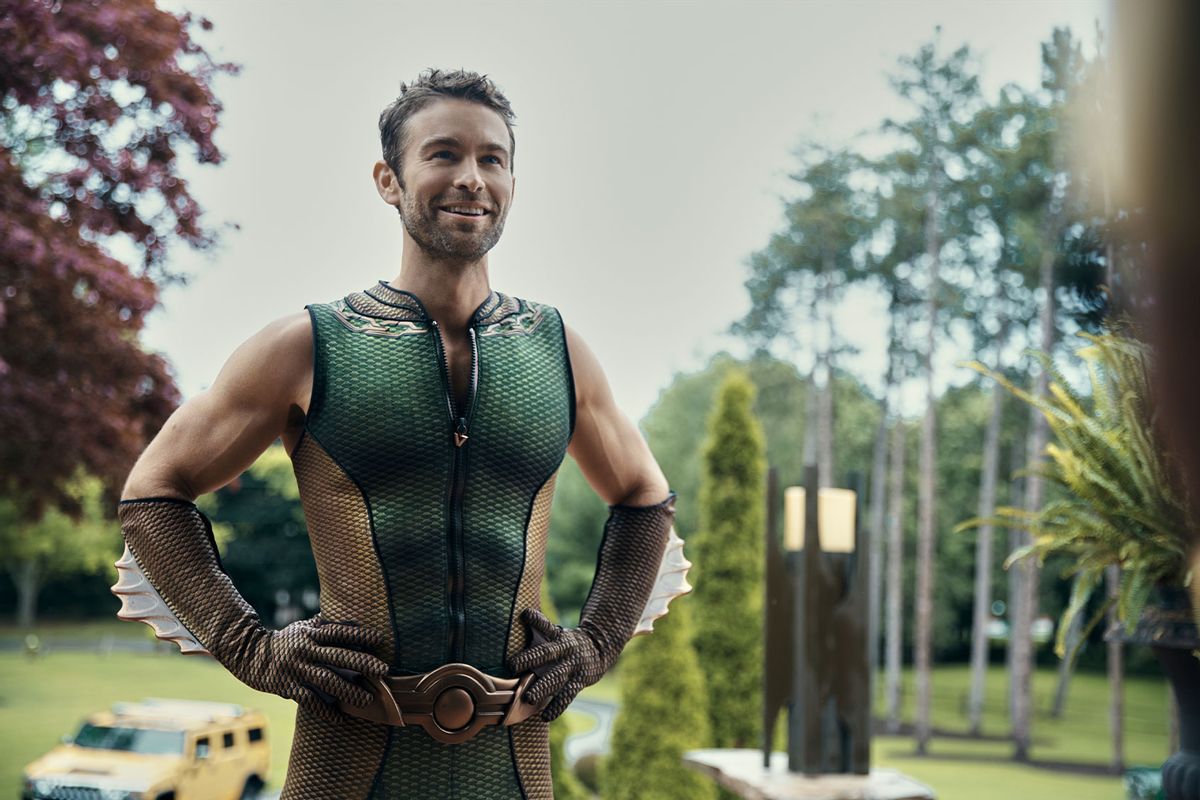 Speaking of getting into trouble, it turns out that “The Boys” were partly responsible for Amazon creating a Standards & Practice division to make sure no boundaries were crossed. Standards & Practices keeps an eye on productions to make sure everything stays in line; Disney’s S&P division, for example, is quite infamous for putting restrictions on projects that fit its family-friendly image. Amazon has never had any of these departments in the past. † † and then came “The Boys”.

“I still remember the phone call that… [was] such as: ‘Can you come in? Because we need to start a Standards & Practices division, “thanks in part to us,” showrunner Eric Kripke reminded TV Line (via CBR.com). caused a problem for them. I will wear it as a badge of honor that I helped set up their Standards Department.”

It should come as no surprise that “Herogasm” made Amazon people squirm a little; in particular, the scene where The Deep (Chace Crawford) picked it up with an octopus caused fairly understandable concern.

“The discussion about that scene and how we pulled that scene to a good end has set off a lot of alarm bells at Amazon on many different levels because you’re not supposed to show people animals, and I get it,” he said. . “But my pitch to them was always like it’s so absurd” [that] it wouldn’t look out of place in a Farrelly brothers movie. So it’s hard to call it lustful bestiality. It’s ridiculous. As far as I know, I don’t even think octopuses have openings there. So there was a lot of discussion about what are the shots, and what can we do and what can we get away with?”

With a show like “The Boys” there is no doubt that Standards & Practices will be put to the test many times over. However, ironically, earlier in the season, the show received an award from PETA for its depiction of a CGI octopus. We can only wait to see how the animal rights group reacts to The Deep’s latest bit of cephalopod quality time.

Producing “Herogasm” Was A “F**king Nightmare”

When it comes to the most talked about moments of season 3 of “The Boys”, “Herogasm” certainly seems to be at the top. Hopefully that made the difficulty of production worth it.

“I say logistics, they produce it, it’s fucking nightmares,” the showrunner told Syfy Wire. “If you have dozens of naked people simulating sexual acts during COVID [while] also making sure it’s a fully enclosed, professional, safe and appropriate set is really scary and challenging. We had tons of intimacy coordinators and COVID safety officers and making sure it’s a place where everyone can feel comfortable is a real challenge. But again, I’m in Los Angeles on Zoom and on the phone and I’m not in the middle of it like Karl [Urban] is.”

Despite being “in the middle of it,” Urban, who plays the lead role of Billy Butcher, is pleased with the focus “The Boys” has placed on his characters. While Season 3 is more twisted than ever, Urban argues that the story has risen to match it in a way that keeps the show from feeling like it’s just trying to shock the audience.

“What I found this season [is that] everything was chosen in a really good way,” said Urban. “I think the interaction between the characters and the heart of the show was chosen because if you didn’t, it just becomes this empty exploration of violence and sex. The thing that draws people back to the show is the characters and they care about these characters and enjoy spending time with them and as long as we do that right it’s going to be fun to watch.”

Say one thing for “The Boys”, it sure is fun to watch.