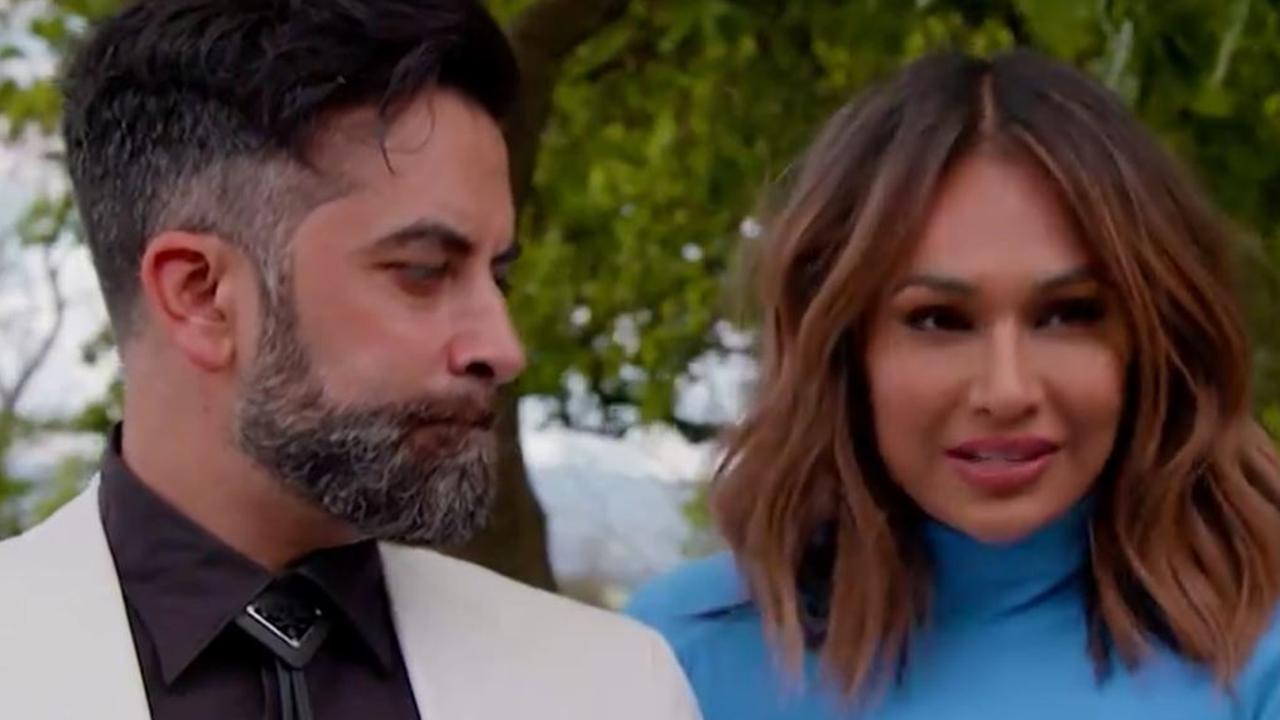 Sharon Johal, this year’s “villain” of The Block, has labeled the 2022 season as “a flop,” adding that the renovation series has become the “Danny Wallis show.”

Sharon and her husband, Ankur Dogra, were one of two couples whose Victorian mansions were passed over in Sunday night’s disappointing final.

The highly anticipated auction day turned out to be a disaster across the board, with Tom and Sarah-Jane making just $20,000 in profit, while winners Omar and Oz taking home a record $1.6 million profit.

Giving her explanation in an interview with Herald Sunthe former Neighbors actress blamed Nine producers for going ahead with the tree change idea.

“I think a lot of people thought they were the greatest” Blockthe idea of ​​tree change might have come a year too late,” Sharon told the publication.

“It’s just a shame it was a flop. You go into these things knowing that this could potentially be a godsend for so many of us, but no one could have guessed what happened and it’s bad taste for anyone who worked so hard.

“This was definitely the hardest Block for everyone to put on and navigate.

“It was clear to assume The block with the size of this size probably wouldn’t be a successful auction. They have to go back to basics.”

She added: “The block is really the Danny Wallis show, if there wasn’t Danny Wallis none of those houses would have been sold.

The eccentric multimillionaire bought all three homes that sold on auction day, passing the two homes he didn’t buy.

Last year Wallis bought Mitch and Mark’s Block– won the house as well as that of Tanya and Vito and Kirsty and Jesse, for a total of $12.2 million, and in the 2020 season bought three apartments for just under $12 million.

Meanwhile, Sharon and Ankur are negotiating to sell their house in a bid to make a profit, with Sharon revealing there was lucrative interest in the property.

“We’re still selling it and there were people willing to bid up to $5 million on our house,” she said. Omar and Oz were the only contestants to reach that mark.

Sharon and Ankur quickly holed up as this year’s “villains” as they clashed with their builders, complained that they wish they’d never signed up for the show, and even sneaked off together to take a nap in their car. .