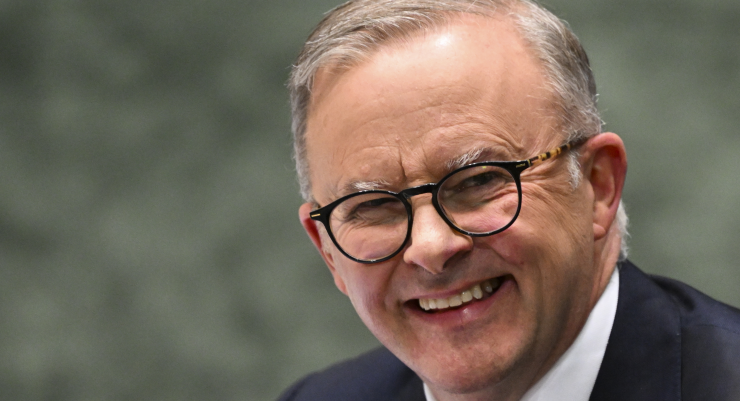 This year’s prize goes to Anthony Albanese, the man who would become Prime Minister by bidding his time, proving his judgment and getting the job done.

Write from Crikey annual politicians of the year usually once every three years is relatively easy: It’s hard to hand it to whoever won the federal election that year, though I gave it to Pauline Hanson in 2016 who, like a cancer we thought having defeated, defiled the body politically again, and metastasizes to this day. Oh dear readers were outraged, believing that the nomination of the most effective politician should be the one they like best.

No luck this year. How can it not be Anthony Albanianwho developed a plan to beat Scott Morrison, stuck with it when progressives angrily demanded that he start throwing the toys out of the bed, and the government won?

Albanian was patient, sustained his political judgment, used the Rudd formula to keep a small target strategy where he didn’t want a fight and go big where he did, and when he stumbled he admitted it, again took the watch and waited for the next delivery. It’s hard for Labor to win elections against Australia’s opposition to News Corp and generally hostile media, which is why it happens so rarely, but now Albanian’s name is on the list.

It’s our EOY happiness dip. You can win up to 50% off an annual subscription and get full access to all Crikey articles.