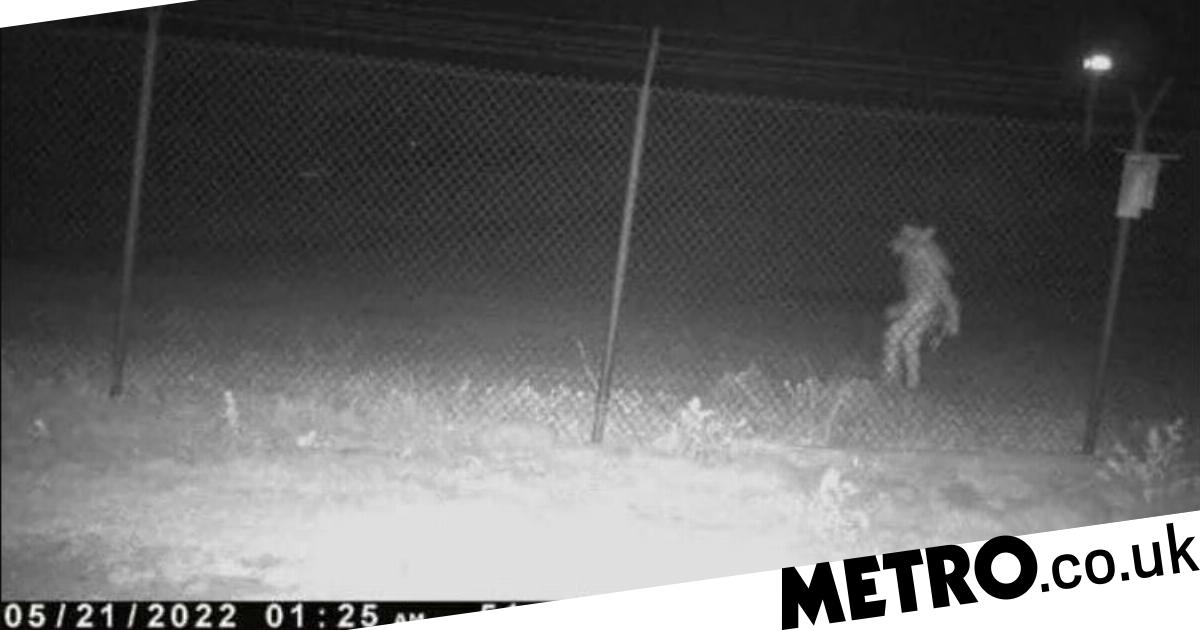 A week or so ago the internet started a circulating photo of a strange, dog-like creature seemingly standing on two legs.

The photo was taken at night by an automatic camera aimed at the enclosure of the Amarillo Zoo.

The strange, bipedal creature appeared to be roaming outside the zoo, and social media began exchanging theories about what it was.

Now city officials are making a public plea to its citizens to help solve the mystery.

A tweet from the official City of Amarillo account asked: “Is it a person with a strange hat who likes to walk at night? A chupacabra? Do you have any idea what this UAO-Unidentified Amarillo Object could be?’

A chupacabra, in case you’re wondering, is a vampire-like dog-like creature of American folklore. They are said to be about the size of a small bear and prowl around at night, feeding on livestock and, occasionally, people.

The original image was posted to Reddit by an anonymous user who said it was from a zookeeper’s Facebook group.

“The keeper said they captured the image on a camera pointed at a fence and couldn’t figure out what it was,” the uploader, who uses the handle @Segu1n, wrote in the thread.

“I believe he’s facing the enclosure from the zoo.”

Suggestions ranged from Fantastic Mr. Fox himself to one of the werewolves from the 2002 classic science fiction horror film Dog Soldiers.

Another Redditor came up with a more creative suggestion: “That’s a small kid with a dead coyote skull on their head. If you look closely, you can see the spatula with which the animal was skinned in the left hand of a small child.’

The user responsible for the snap clarified that the zookeepers had never seen anything like it on any of their automated cameras.

“The OP’s other posts go back at least a year and are all normal zookeeper-type posts,” wrote Segu1n.

It appears that city officials are working on the case. Hopefully we’ll have a solution to this mystery soon.

MORE: Zookeeper Sees Weird Bipedal Dog-Like Creature And No One Knows What It Is