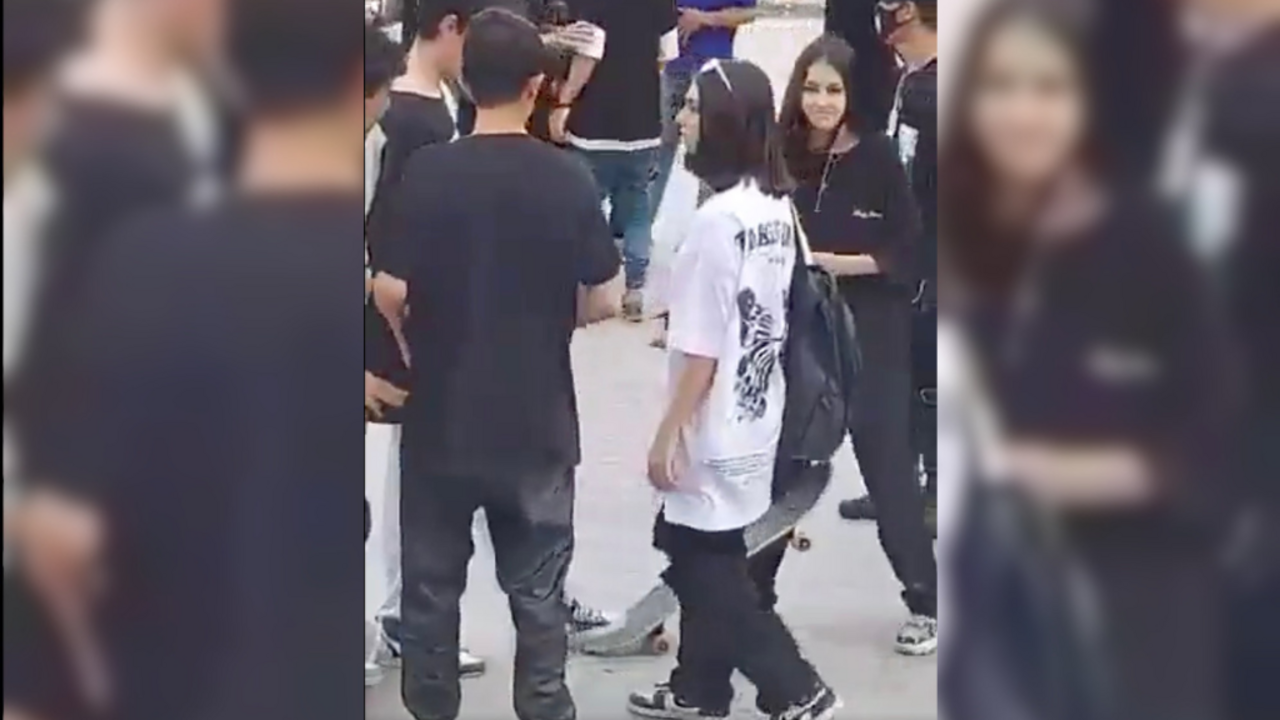 Like other teenagers around the world, boys and girls in Iran celebrated International Go Skateboarding Day with a gathering. The event sparked widespread controversy in the Islamic Republic of Iran when a video was shared online featuring teens wearing western clothes, girls with uncovered hair, and the genders mixed. Five people who helped organize the event were arrested.

The girls have their hair and arms uncovered, while the boys wear western-style shorts and loose T-shirts. They all chat together in the same place, which is unheard of in the Islamic Republic of Iran.

A 45-second video widely shared on Instagram, Telegram and Twitter showed teens at a skate park in Shiraz on June 21 ahead of Go Skateboarding Day, an international day promoting the sport.

The regime’s terror since the 1990s: after the release of a video of a recreational gathering of some teenage boys and girls in one of the streets #shirazFars province authorities have announced that they have issued an order to crack down on the main organizers of this meeting.
No solution except diet #Suppression And there is no repression#Death to Khamenei #Iran pic.twitter.com/ohWakY3wZ7


The prosecutor of the city of Shiraz, Mostafa Bahraini, announced that five people had been arrested and added that they were the organizers of the demonstration. He did not provide details about the reasons for the arrest or the identities of those arrested.

It was rumored that several teenagers had been arrested, which the prosecutor denied. Mohammad Jafar Montazeri, the Attorney General of the Islamic Republic, said: “People abroad are responsible for organizing these events and are paid for them.”

The director of the local branch of the Iranian Skateboard Federation was fired. Local authorities in Shiraz have also closed cafes and bookstores popular with young people.

In Iran, any association between men and women outside of marriage is prohibited by law, including for minors. Schools are segregated by gender. From the age of nine, girls are obliged to wear a headscarf. And all symbols of western lifestyles are perceived negatively.

It is not the first time that Iranian authorities have punished alleged signs of immoral or Western behavior. In 2019, police beat teenage girls who were playing with water guns in a park. In the same year, a woman was sentenced to prison for singing in a historic place. In 2018, the Margoon Falls tourist attraction was closed to visitors after women were seen dancing, which is banned in public.