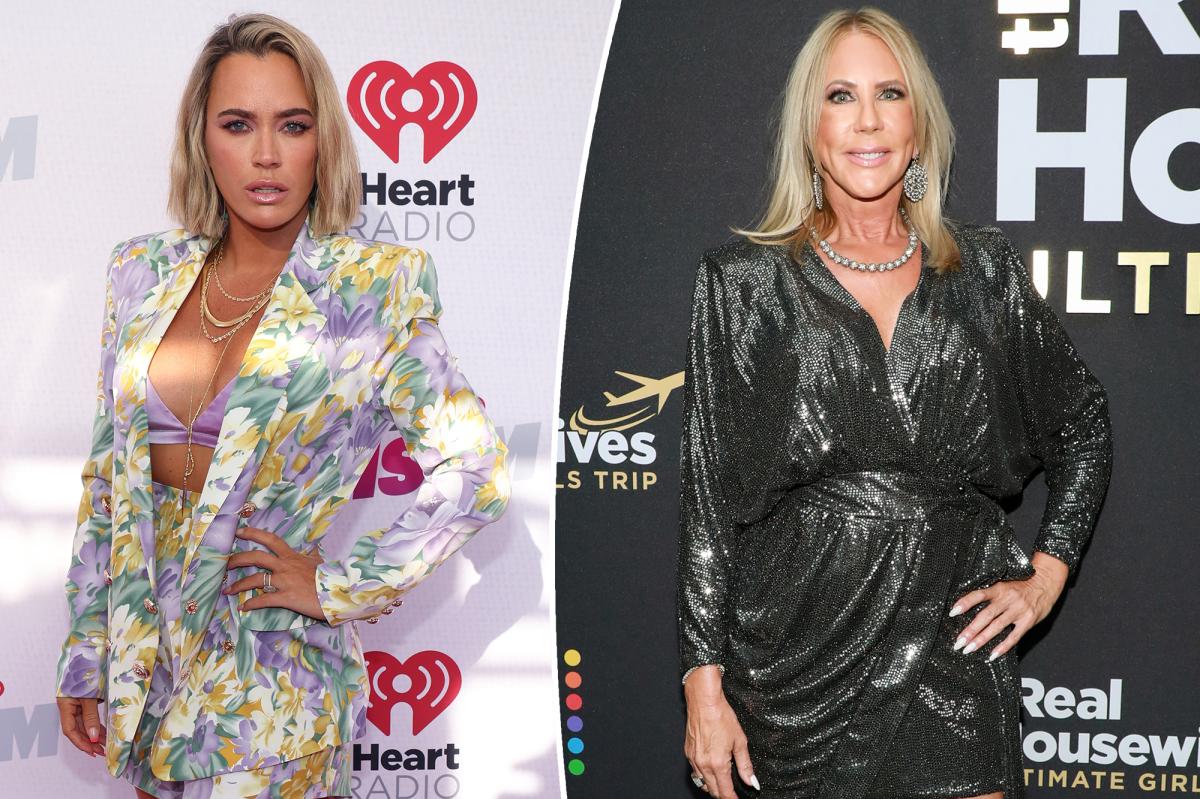 “Real Housewives” stars Teddi Mellencamp and Vicki Gunvalson became embroiled in a social media war so fierce it even mentioned the January 6 attack on the US Capitol.

“It’s about a girl who fights her way into a job by lying about cancer,” tweeted Mellencamp, 40. “Just feels so familiar.”

Just over an hour later, Gunvalson, 60, replied to the shady tweet.

“Wow…Low clap! You don’t know anything about what happened to my x [sic]† That’s why you only lasted 3 years… ME…14!” she fired back†

The former “Real Housewives of Orange County” star referred to Mellencamp’s three seasons in “The Real Housewives of Beverly Hills” compared to her 13 seasons as a full-time cast member — and one as a “friend” — on the show that sets the franchise on the map.

“Well, speaking of numbers, can you let us all know where you were on January 6?” Mellencamp shot back†

There is no evidence that Gunvalson was at the Capitol on the day of the riots, and she did not respond to the tweet.

But their feud then moved to Instagram, where Mellencamp claimed that Gunvalson was chasing her performance as co-host of the podcast “Two Ts in a Pod” with “RHOC” alum Tamra Judge.

“I can only hope @vickigunvalson was paid with gas cards as her love tank seems to be empty lately,” Mellencamp wrote in an Instagram post featuring a clip from a recent interview with Judge, 54, and Gunvalson. “I hope this message doesn’t make her call my @iheartradio boss to try and take my job back…”

Gunvalson seemed shocked by Mellencamp’s insinuation and denied that she had ever tried to take over her podcast.

“What does it matter?? I never tried to ‘take your job,’ Gunvalson noted. “I’m fine honey…I have a career @coto.insurance and work with @debtcom. Oh…and my love tank is full and it’s not empty at all. That was rude! Please don’t use me for content on your podcast.’

Judge, meanwhile, seemed to remain silent and not take sides.

Gunvalson appeared on a January episode of Judge and Mellencamp’s podcast where she more than once said she was bitter towards Judge for starting a podcast with Mellencamp instead of her.

“We’ve Talked About It” [doing a podcast together]Gunvalson said at the time. †[Tamra] I never called you Teddi. Since she and I were on the same show, we talked about making a podcast.

When Mellencamp asked if she felt a hint of jealousy, Gunvalson admitted he was “maybe a little” jealous.

“I’d be the first one picked over you because we’re best friends and we live in the same area,” she said of Judge. “We were on the same show.”