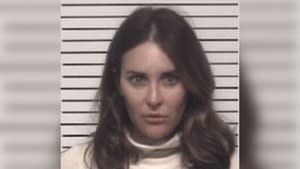 A teacher in Iredell County is accused of sending a nude photo and sexually explicit video of herself to a student, the sheriff’s office said.

Investigators said they received a report on Sept. 22 on April Viney, 44. She was an English teacher who has taught at West Iredell High School since 2019.

Authorities say the victim was a former student of Viney’s undergrad at West Iredell. At the time of the incident, the victim was enrolled as an online high school student.

After interviewing witnesses, processing a cell phone and searching Viney’s social media accounts, the sheriff’s office arrested her on Tuesday. Viney was charged with two felony counts of misdemeanor dissemination of obscenity.

Channel 9’s Dave Faherty said Viney was at her home Thursday afternoon after agents said she had paid $50,000 bail. She declined to discuss the allegations, but said she already has a meeting with the district on Friday about her future job at the school.

Some parents said they did not believe a teacher had been arrested.

“They should definitely know better. You are here to protect the children and to educate the children. If you teach them bad habits from the start, how are they going to make it in life,” said Mother Jessica Bailey.

The school district said Viney’s suspension is currently with pay.

“I don’t like it because it’s disgusting to me. She should know better because she’s grown up,” said mother Christina Slaughter.

No other details have been released.