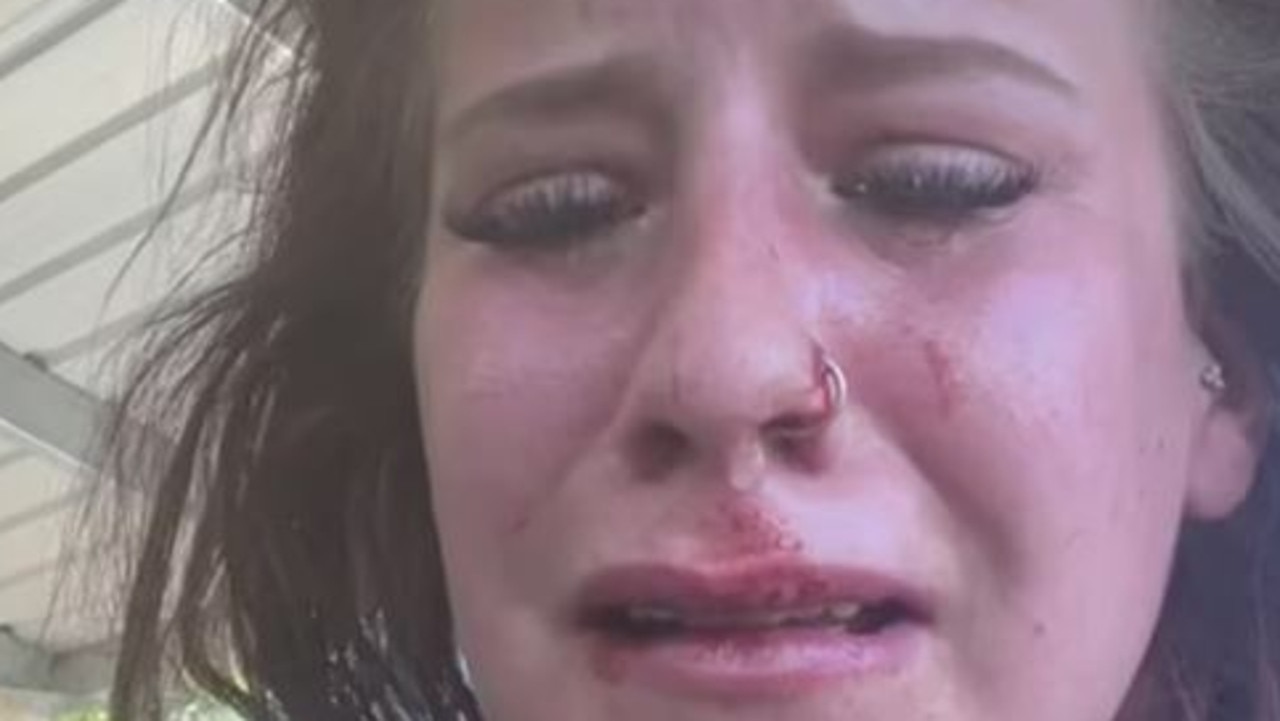 A teen who disappeared 11 days ago posted a chilling video of her injured face revealing details of her troubled past, it has emerged.

Thee Wright-Finger, 19, disappeared on Oct. 16 after a friend dropped her off at her Toyota Prado 4WD in Richmond, Far North Queensland.

She has not been seen since, despite a desperate chase by her family, police, search planes and members of the public.

Now a TikTok video has surfaced showing Miss Wright-Finger with a bruised and cut face as she cries into the camera.

The clip, posted last year, shows a timelapse of her wounds as they heal.

It’s not clear how she sustained the injuries or whether they are related to her disappearance, but the video paints a picture of a teenager with a traumatic past.

The cattle station employee also posted a separate TikTok two weeks before she disappeared, which read: “I’m not feeling well, I want to go home.”

A 700-km-wide search for Miss Wright-Finger has yet to find anything, but police focused more on the Flinders River area because her phone was briefly on there at 9:30 a.m. last Tuesday.

She hasn’t used her bank card since she was last seen.

Queensland Police said they were combing through “challenging terrain” and dense riverbank vegetation and hoped to find Miss Wright-Finger “safe and sound”.

“Today’s and over the weekend’s search focuses on the analysis of some cell phone data,” Detective Inspector Damian Crosby said earlier this week, adding that police were unsure of what had happened to her.

“Of course we are concerned for the wellbeing of Tea. We would like to locate her as soon as possible,” he added.

Missing teen Tracy Wright’s mother thanked people who helped in the search for her daughter.

“The Richmond Police Department just called – they got a ping from Téa’s phone on Tuesday and it was still near Richmond,” she wrote on Facebook on Saturday.

“It wasn’t until Wednesday morning that it started going straight to the message bank.

“As a result, they have two helicopters in the air today that are searching and controlling all roads again. They have had quite a bit of rain so the gravel roads are very wet.

“They ping her phone, so if she turns it on or uses it, we can get an idea of ​​where she is.”

The SES and volunteers are also looking for her.

Miss Wright-Finger has links with the Northern Territory, Bundaberg in Queensland and the farms near Richmond, about 500 km west of Townsville.

She is white, 180 cm tall, of medium build and has blond or light brown hair.

Anyone with information can contact the Queensland Police Service.