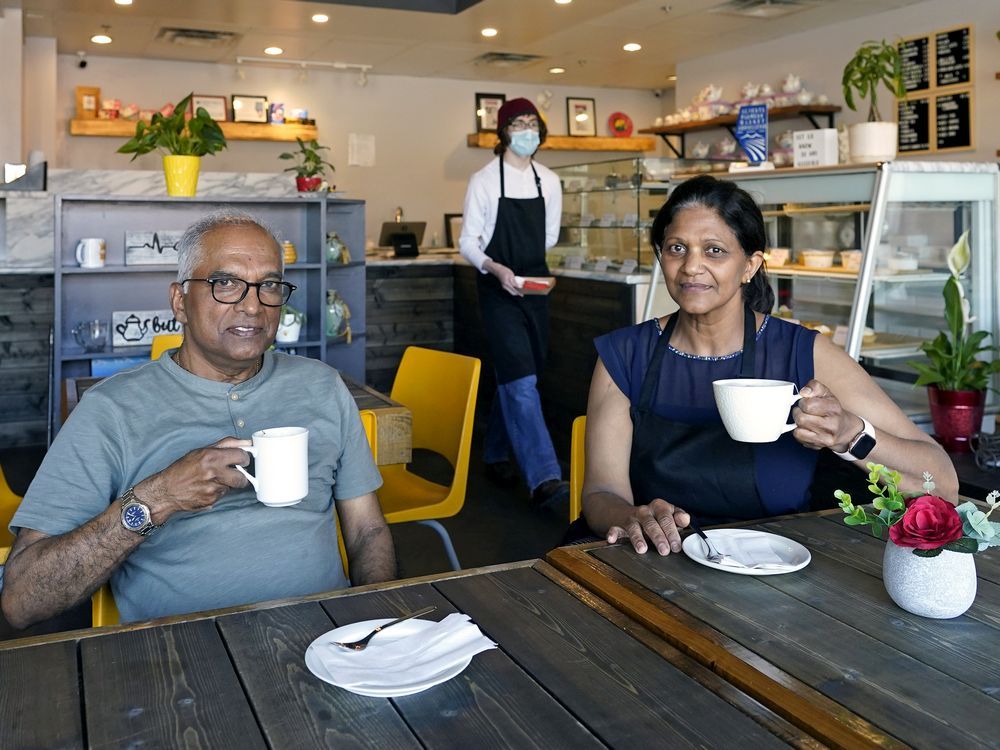 What started as a gourmet popsicle stand at the city center downtown is turning into so much more.

Since Café Bel-Air was reinvented in the form of bricks and mortar last December, its focus has broadened from artisanal popsicles with flavors such as avocado, tamarind and sweet tea, to other items such as cookies, pies and even a popular high tea service. . As a nod to the owners’ Mauritian heritage, they’ve added neapolitans, best described as two thin shortbread cookies coated with red jam and covered in pink icing, as well as roti and curry, served Wednesdays, Saturdays and Sundays. That’s where it stands now, but they’re just getting started.

Sometime in the coming months, Café Bel-Air will bring in a chef from Mauritius to plan a full lunch, supper and brunch menu.

“Mauritius is a very multicultural island,” says co-owner Marie Soochit, who came to Edmonton in 2005. “It is a small island in the Indian Ocean near Madagascar. The food is also multicultural as we are near so many countries. We have Chinese and Indian influences, African and French, so there are slight differences there. For example, our curry is different from Indian curry; we don’t put ghee in it which is very popular in india. Instead, we use vegetable oil and olive oil in our food, so there is less cholesterol.”

Soups are very popular in Mauritius and Soochit promises that they will be well represented on the new menu during the winter season. In fact, they will break a long-held Cafe Bel-Air tradition with their Chicken-based Mulligatawny Soup, as well as a number of other offerings. As of 2015, when they won an award in the Alberta Farmers’ Market Association’s “Make It, Bake It, Grow It” category, everything the Soochits have made for Café Bel-Air is vegan.

“As a family, we are vegan,” says Soochit. “But with the arrival of the chef, we will have to expand what we have. So there will be fried noodles, and there will be Chicken Biryani and many other items as Mauritius has a wide variety of food. However, the vegan and meat dishes are prepared in separate parts of the kitchen.”

Soochit says Café Bel-Air is the first establishment to offer Mauritian food in Alberta, which is why they have already become popular with that community, not just in Edmonton but in Calgary, Vancouver and beyond.

“People are starting to discover the place and now we’re seeing people from as far away as Yukon, Toronto and even New York. There are rumors about the food.”

Fans of the original Café Bel-Air concept need not worry. The Soochits will still offer the fresh fruit ice creams that made them famous, available in an ever-changing, dizzying array of flavors. In fact, if things continue to go well for the family, they will offer it in more places, with Soochit’s brother Serge coming from England to help with future plans.

“In time, we want to expand to other areas,” says Serge. “We are ambitious; everyone must be ambitious. It looks promising at the moment, but we will make slow progress because it is a lot of hard work. However, we are confident in what we are doing.”