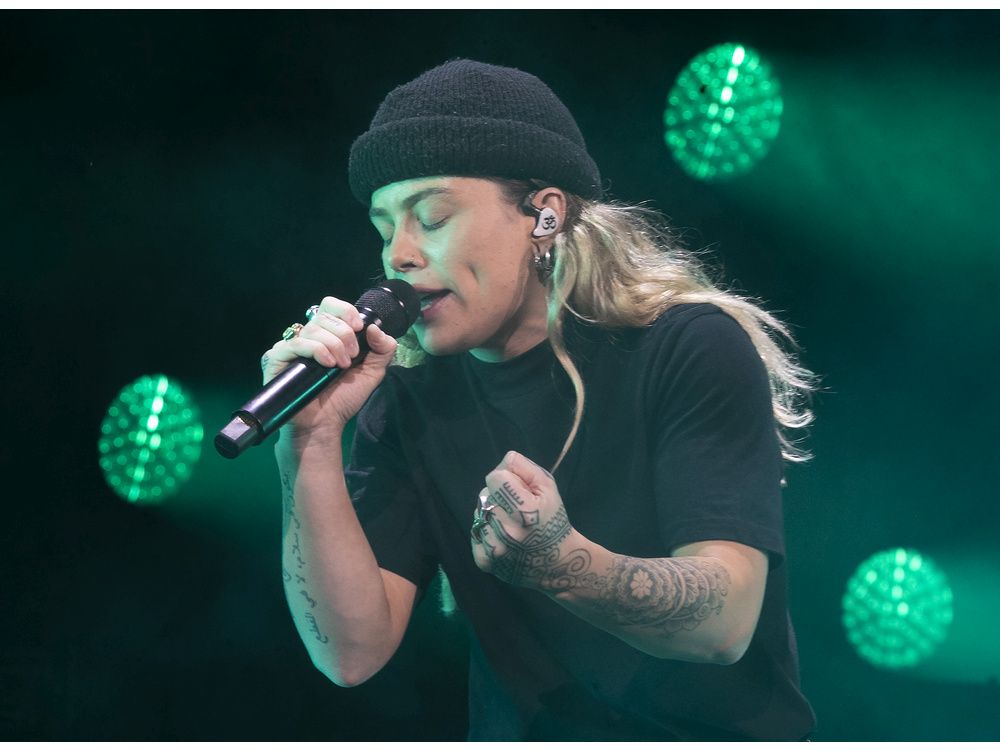 It was a perfect night – not too hot, not too cold, just right.

And so it was back. And in full swing. After two toned-down pandemic editions, the 42nd Montreal International Jazz Festival kicked off Thursday night with a free outdoor blowout by gender-fluid Australian singer-songwriter, multi-instrumentalist, producer and engineer Tash Sultana.

Sultana is something like a phenomenon – a one-person band that has been playing guitar since the age of 3, picking up piano, bass, horns, drums, beat-making machines and a seemingly endless list of other instruments and honing their skills at open mics. and busking on the streets of Melbourne. Add a five-octave vocal range and you’ve got yourself a great performer for opening night.

It was certainly no coincidence that Sade’s Smooth Operator was playing on the PA just before Sultana entered the TD Stage. For the first time in memory, there was no official festival introduction for an outdoor blowout at the request of the artist. Sultana just walked on, picked up the guitar and started playing.

A bluesy riff turned into a head-bobbing groove, which soon looped and built up with layers of deftly picked vibe. When Sultana dropped the beat, the bodies started to move. And then came the voice – sultry, floating and irresistibly stirring.

As the tattooed Sultana danced across the stage, dressed all in black with dark blond locks tumbling from a cap, the effect was both thrilling and mesmerizing, heightened by the realization that just one person was causing all the commotion.

Which brings us to another first: the first time a jazz festival eruption was an almost entirely solo affair. (Sultana was joined by a few musicians halfway through the show.)

They picked up the sax for a funky techno track, then brought it down for the extra guitar tune Cigarettes, a song about “a permanent vacation of the soul.”

And so it went on, into the night, as rapt crowds roared all over the block.

“There are many people here,” Sultana wondered. “I didn’t even realize it until I opened my eyes. If you look around you, you never knew who would be here tonight. There are all ages, all races and all genders, and literally everyone. And that is the power of music; it is the most beautiful of all.

“This song is called Coma. If you’re going to smoke a joint, smoke it now.”

This 42nd edition had only just begun and the bar was already set very, very high.

The site was buzzing long before Sultana took the stage, just after sunset at 9:30 p.m., leading to a stalemate of bodies trying to make their way through parts of the site.

There was excitement in the air, along with the occasional whiff of cannabis and cigar smoke. About the time Wynton Marsalis started indoors on Place des Arts’s Salle Wilfred-Pelletier, Ottawa blues singer and double bassist Angelique Francis kept court out on the Rogers Stage.

She showed no shyness and gathered an enthusiastic crowd just after 7pm. Francis’ website draws comparisons to Bessie Smith and Muddy Waters and it’s not that long. She has a powerful, gritty voice and knows how to use it.

Calls for “Shake your money maker” were heeded, and references to Mardi Gras provided context for Francis’ genre-blurring, festive sound.

Toronto folk-rock singer-songwriter AHI (real name: Ahkinoah Habah Izarh) brought soulful urgency to his guitar ballads on the Rio Tinto Stage. As the crowd filled the steps of Place des Arts and lined St. Catherine St., it almost felt like an ordinary day at the office.

It was almost enough to make you forget the past two years. Montrealers may not have a workout during this full summer festival, but our muscle memory is starting to work.