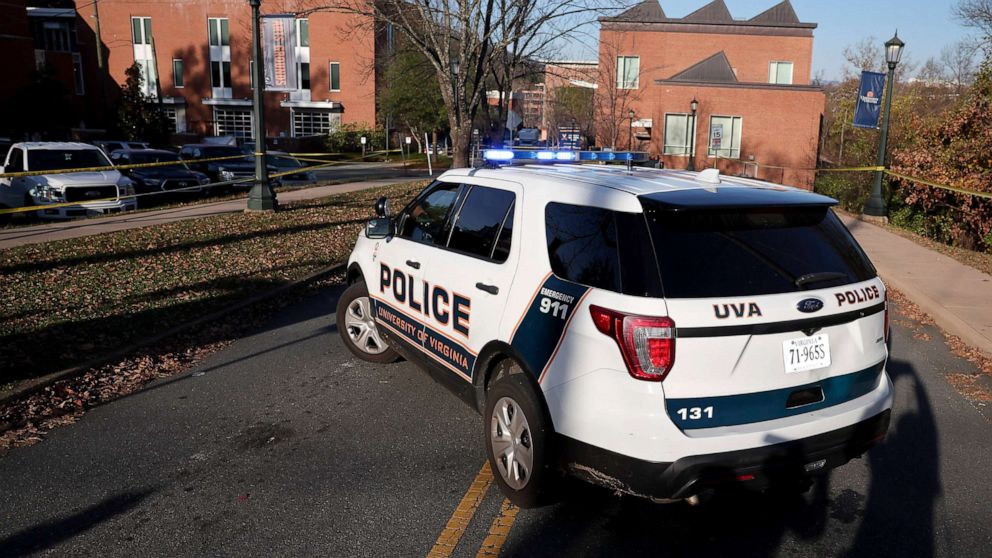 The accused, Christopher Darnell Jones Jr., 22, appeared in court in Charlottesville for a status conference in the triple murder case. It was his second trial since his arrest in November’s deadly attacks.

Jones was represented by a public defender at the hearing.

A judge has scheduled a preliminary hearing in the case for March 30, according to ABC-affiliated station WSET in Lynchburg, Virginia.

Jones is charged with three counts of first-degree murder, two counts of intentional wounding and five counts of using a firearm in the commission of a felony. He has yet to plead the charges.

The shooting occurred on Nov. 13 when Jones allegedly opened fire with a handgun on a charter bus full of students returning to the UVA campus in Charlottesville from a field trip to Washington, D.C., officials said.

Jones was a walk-on member of the school’s football team in 2018 but never played in a game, UVA officials said.

A possible motive for the shooting has not been disclosed by prosecutors or investigators.

As police continue to investigate the murders, Virginia Attorney General Jason Miyares is conducting an outside assessment of the circumstances leading up to the attack. Miyares has not yet announced any findings in his investigation.

Prosecutors said a witness told police that Jones targeted specific students on the bus and that one of the victims, Chandler, was shot dead while sleeping on the bus.

Jones was arrested a day after the attack following a massive search for him.