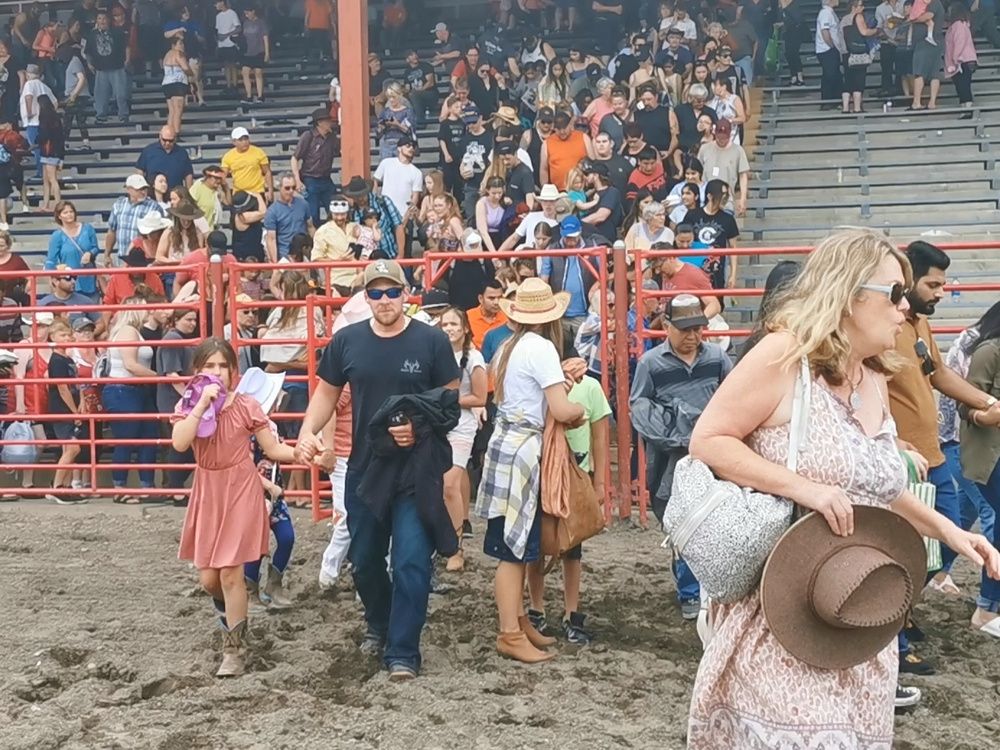 “People looked around and then more people started looking and then we heard ‘go down, gunshots, gunshots,'” said witness Kevin Li.

The announcer at the Williams Lake Stampede is credited with the safe and orderly evacuation of the crowded grandstand after a double shooting Sunday afternoon.

Kevin Li, of Burnaby, was traveling with his family when they decided to buy tickets for the final day of the stampede – which was held for the first time since 2019.

Li said that around 3:30 p.m. as the last bull rider prepared to exit the gates during the final event of the stampede, he noticed people starting to turn and face the entrance to the grandstands at the back of the building.

“People looked around and then more people started looking and then we heard ‘go down, gunshots, gunshots,'” said Li, who was at the front of the stands.

Li said the announcer immediately turned his attention to the bull rider and calmly asked the hundreds of people in the stands to evacuate to the arena.

He was also quick enough to realize those entrances were locked and took over the ground crew and ordered them to unlock the gates.

“He was surprisingly fast,” Li said. “Everyone got out safely, there was no panic, he did a great job.”

Video footage taken from the stage shows the announcer saying, “We’re not sure what happened, just keep following the exit instructions.”

The announcer gave a special message to customers with reduced mobility and asked people to stay away from emergency services.

“Two people suffering from unspecified injuries have been taken to a nearby hospital and one suspect has been taken into custody,” Clark said.

“Preliminary information suggests that this incident was targeted and that there is no further risk to the public.”

Clark asked anyone with video of the incident to contact the Williams Lake RCMP at 250-392-6211.

The site is being cleared on social media.