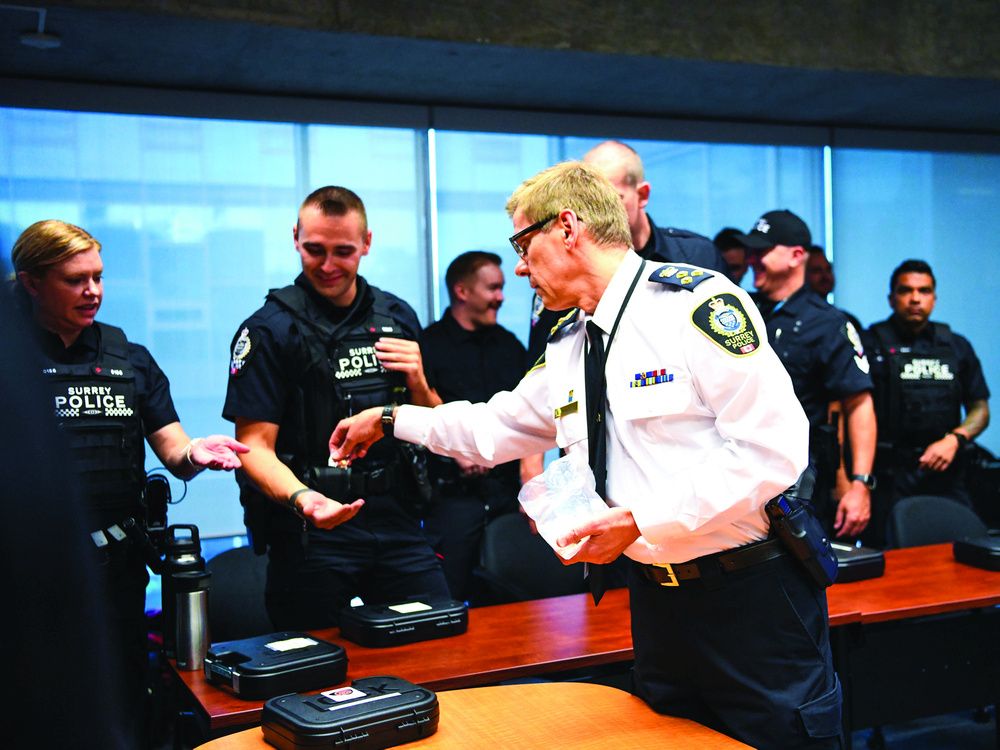 Surrey Police have asked Twitter trolls to stop spreading lies about its officers and their families as a way to discredit the controversial transition from an RCMP detachment to a municipal police force.

On Monday, the SPS Twitter handle (which has 5,350 followers) stated that “The Surrey Police Service makes significant exceptions to individuals who use Twitter to carry out personal attacks on our employees, and worse, their families.”

Surrey Police are taking significant exceptions to individuals who use Twitter to carry out personal attacks on our employees, and worse, their families. 1/2

“Trolls do what trolls do, but it’s hit a new low,” MacDonald said, referring to tweets alleging infidelity, family breakdown and secret children against some SPS members.

MacDonald said it was particularly disturbing that trolls knew certain police officers and attacked them as part of an ongoing effort to discredit the SPS – which is embroiled in an ugly political battle within Surrey.

This battle dates back to 2018, when McCallum was elected with a promise to get rid of the Surrey RCMP and replace it with a municipal army.

McCallum received approval from the provincial government to switch forces, and as of this month, the service has hired 296 sworn officers and 57 civilian personnel, and is expected to be fully operational by July.

Mayor Locke is 100 per cent committed to retaining the Surrey RCMP and has asked for a corporate report to be prepared outlining how the city will dissolve the SPS. This report will be passed on to BC’s Solicitor General Mike Farnworth, who will have the final say on who can reach the second largest police force in BC.

Despite this momentum, the SPS continues to recruit officers and proceeds as if it is guaranteed that it will be allowed to take over from RCMP.

The Surrey RCMP, meanwhile, is also going ahead as if it will remain in place, without commenting to the media about the transition.