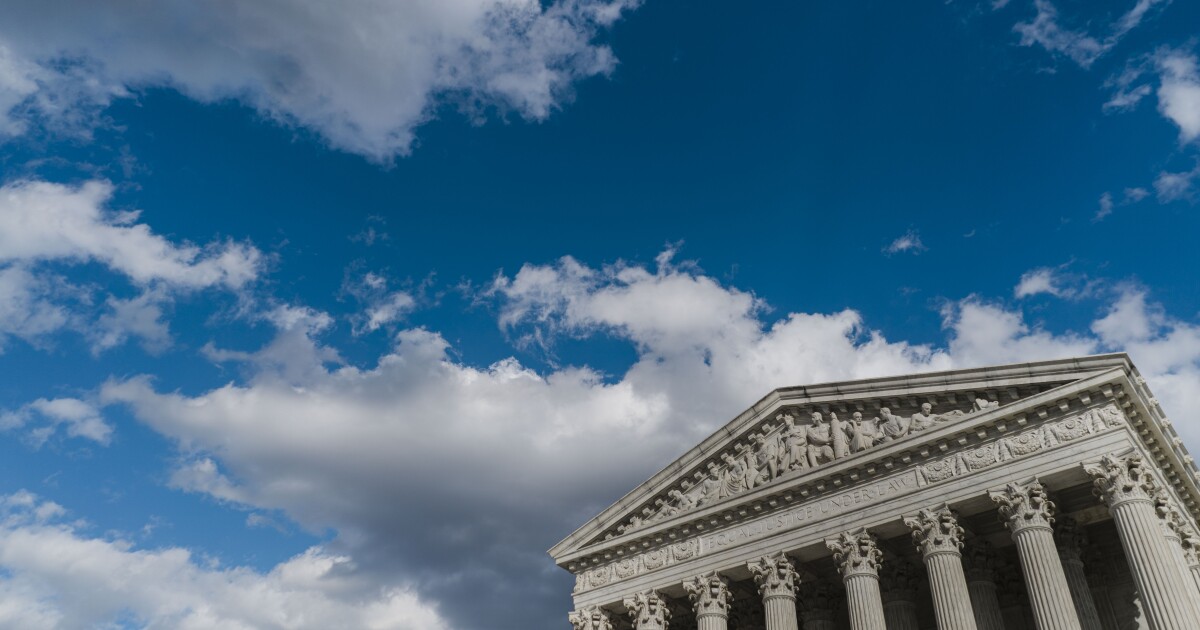 The Supreme Court last week protected federal Border Patrol officers from prosecution over charges of unreasonable searches and use of excessive force.

In a 6-3 decision, the court conservatives said federal agents cannot be held liable for violating constitutional rights in almost all cases unless Congress approves such lawsuits for damages.

“Our cases have made it clear that, except in the most unusual of circumstances, prescribing a case is a job for Congress, not the courts,” Judge Clarence Thomas wrote in the majority opinion.

While the Constitution establishes the rights of individuals against the government — including protections “from unreasonable searches and seizures” — it does not say how those rights should be enforced.

After the Civil War, Congress approved lawsuits against state and local officials, including the police, for violating people’s rights “guaranteed by the Constitution.” But such a broad measure does not allow lawsuits against federal agents.

The case in court arose out of a bed-and-breakfast called the Smuggler’s Inn in Blaine, Wash. Part of the property borders the US border with Canada, and border police officers kept a constant eye on it. They said they saw people walking across the border to the inn.

In 2014, inn owner Robert Boule clashed with a border patrol agent, Erik Egbert, over a guest from Turkey who had aroused suspicions. Boule, who said Egbert pushed him and collected papers involving the guest, later sued the officer for violating the 4th Amendment, which prohibits unreasonable searches and excessive use of force.

The 9th Circuit Court of Appeals allowed the lawsuit, but the High Court overturned that ruling in the Egbert v. boules. It set a precedent from 1971.

The Supreme Court then allowed a compensation lawsuit against federal drug agents in the Webster Bivens vs. Six Unknown Named Agents of Federal Bureau of Narcotics. The officers were charged with breaking into a New York apartment without a search warrant and tying up a man in front of his family.

But in recent decades, the court has refused to extend so-called Bivens claims to other constitutional violations or federal agents.

Two years ago, the court dismissed a lawsuit against a border agent for a “cross-border shooting” by 5-4 votes. In that case, Hernandez shot and killed vs. Mesa, a cop on the Texas side of the border, a 15-year-old living in Mexico.

“We reaffirm that an action by Bivens should not lie where, as here, national security is at risk,” he wrote.

Judge Neil M. Gorsuch agreed with the outcome, but said the court must move forward to overthrow Bivens and “return the power to create new causes of action to Congressional representatives.”

The “decision does not cancel Bivens,” Sotomayor wrote. “It nevertheless violates precedent and will deprive many more individuals injured at the hands of other federal officers … an important remedy.”

Cecillia Wang, deputy legal director of the ACLU, said the “ruling for victims of police brutality by border police officers does not provide an effective remedy and puts us all at risk. US Customs and Border Protection is by far the largest federal law enforcement agency and has a terrible track record of injuring and killing people.”