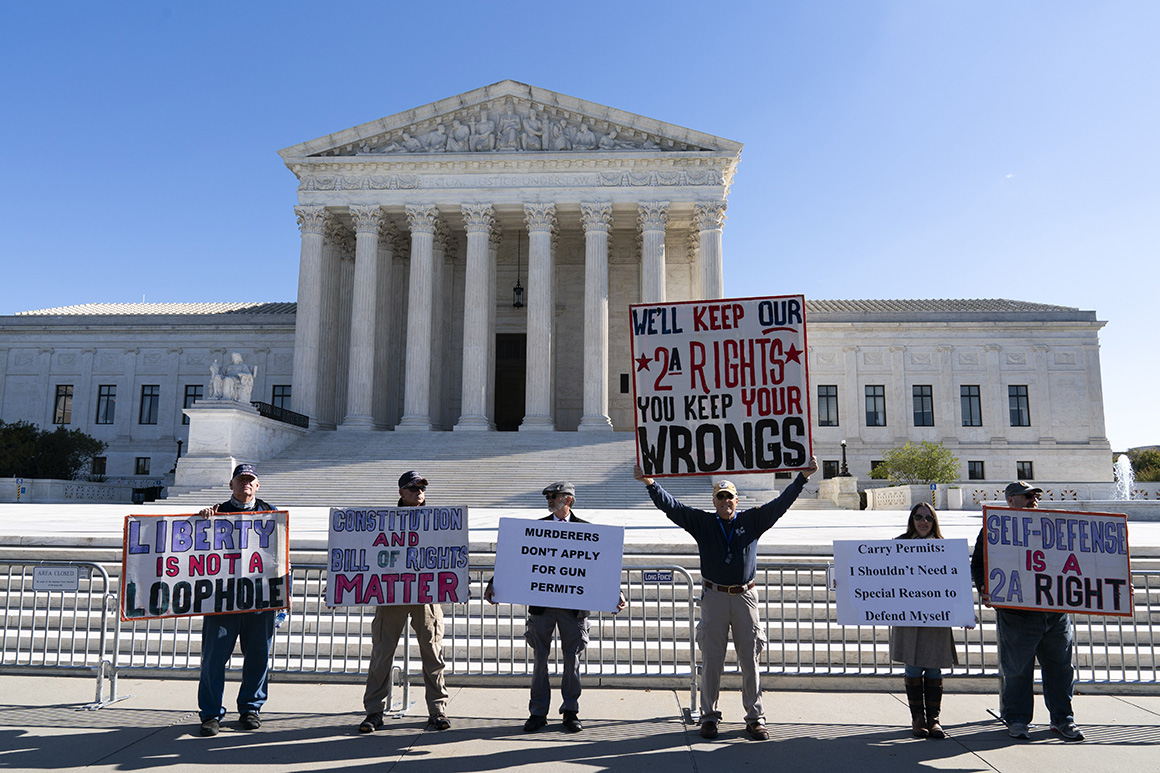 The Supreme Court has ruled in favor of gun owners who want to carry their guns outdoors, overturning New York state rules that give local officials broad powers to deny such permits for almost any reason.

The 6-3 decision, which split the court along usual ideological lines, is the latest in a series of steps by the increasingly conservative Supreme Court to adopt a muscular interpretation of the right to bear arms, as found in the Second Amendment of the Constitution.

The ruling extending gun rights came as the country reeled from a series of high-profile mass shootings, as Congress looks poised to enact the first major gun safety legislation in more than three decades, and as the court’s own members increasingly come under physical attack. threat.