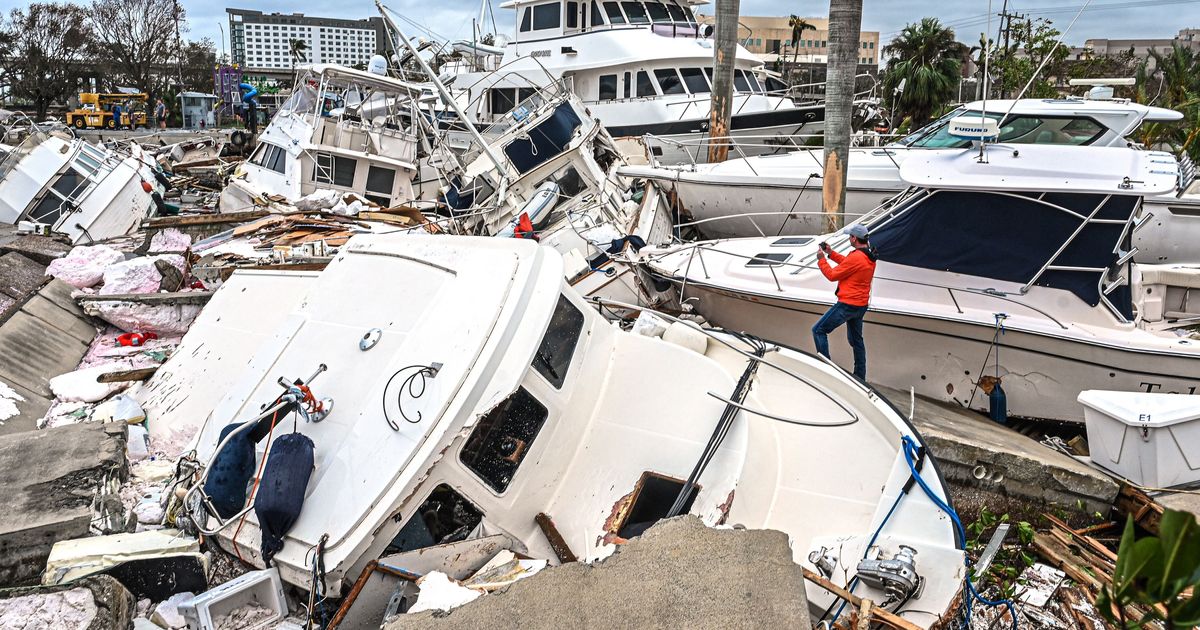 Ian fell anywhere from 6 inches to 20 inches of rain over central Florida, with peak wind gusts of 140 mph recorded in Cape Coral, near where it made landfall Wednesday as a Category 4 monster.

As search and rescue efforts mount, the death toll remained unclear. Lee County Sheriff Carmine Marceno told “Good Morning America” ​​the fatalities are likely “in the hundreds,” but his office was unable to confirm the number to HuffPost and Gov. Ron DeSantis said it was “an estimate” based on 911 calls from stranded Residents.

More than 2.6 million people were without power in the state, according to PowerOutage.us, and it will take some time to fully recover.

“We’ve already recovered about three-quarters of a million customers, but it’s clear that the more affected areas near Naples and Fort Myers will take longer,” Peter Robbins, a spokesperson for Florida Power and Light, told CNN. “We won’t stop until everyone is here, but I know our customers will need some patience.”

See the latest photos below.