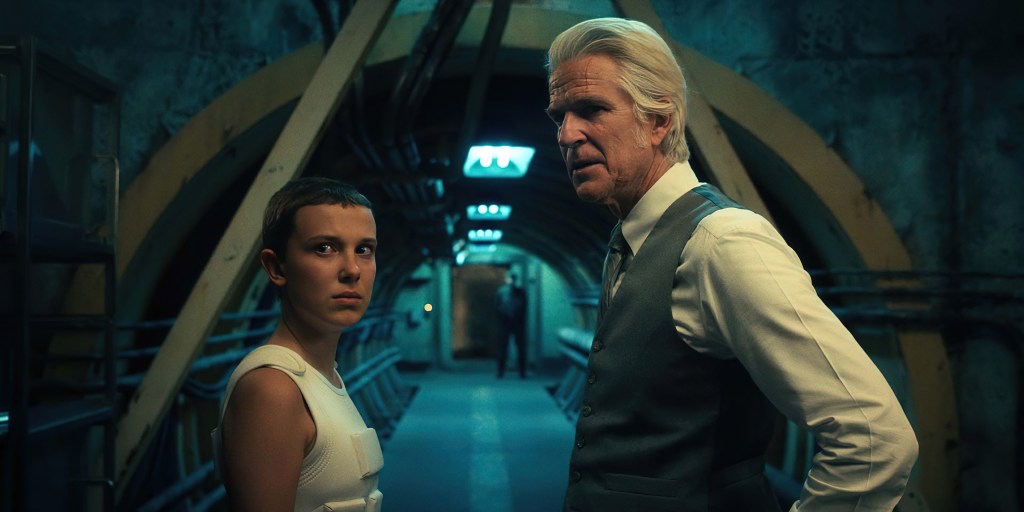 Netflix’s hit series “Stranger Things” has broken the Nielsen streaming record for most-watched program in one week, according to the measurement company’s newly released streaming Top 10 records. The science fiction drama was watched for 7.2 billion minutes between May 30 and June 5. This was the first full week of availability for Season 4, Part 1, and easily landed at #1 on the chart. Previously, “Tiger King” and “Ozark” were the only titles to get 5 billion minutes viewed in a single week, both reaching that milestone in March 2020.

The Season 4, Part 1 premiere weekend also landed at #1. Between its May 27 debut and May 29, the series was watched 5.1 billion minutes.

Netflix’s self-reported numbers for the premiere weekend indicate that “Stranger Things,” Season 4, Part 1, which consists of seven episodes clocked in at roughly nine hours, was watched for 286.8 million hours — or roughly 17.2 billion minutes. . However, because Nielsen combines the viewership of all available seasons, a better comparison would be Netflix’s reporting that between May 23 and May 29, seasons 1, 2, 3, and 4 total 371.3 million hours — or 22.3 billion. minutes – were viewed against Nielsen’s 5.1 billion. Still, a discrepancy remains, as Netflix measures viewing on all devices while Nielsen measures only TV viewing.

The two episodes of “Stranger Things”, Season 4, Part 2, which last approximately four hours, will be released on Netflix on July 1.

The May 23-29 viewing window also marked the premiere of “Obi-Wan Kenobi” on Disney Plus, landing at #3 with 1 billion minutes of views in three days of availability. As previously reported, this was Disney+’s biggest ever premiere weekend. The latest entry in the Star Wars franchise was sandwiched between Netflix’s perpetually successful “The Lincoln Lawyer” (No. 2 at 1.2 billion minutes) and “Ozark” (No. 4 at 804 million minutes).

The May 30 – June 5 window also featured some notable premieres. Season 3 of “The Boys” on Amazon Prime Video launched on June 3, placing the series in fourth place on the originals list with 949 million minutes watched. And HBO Max had its first-ever Nielsen entry with the streaming debut on May 30 of “Fantastic Beasts: The Secrets of Dumbledore,” which took sixth place on the overall list at 758 million minutes.