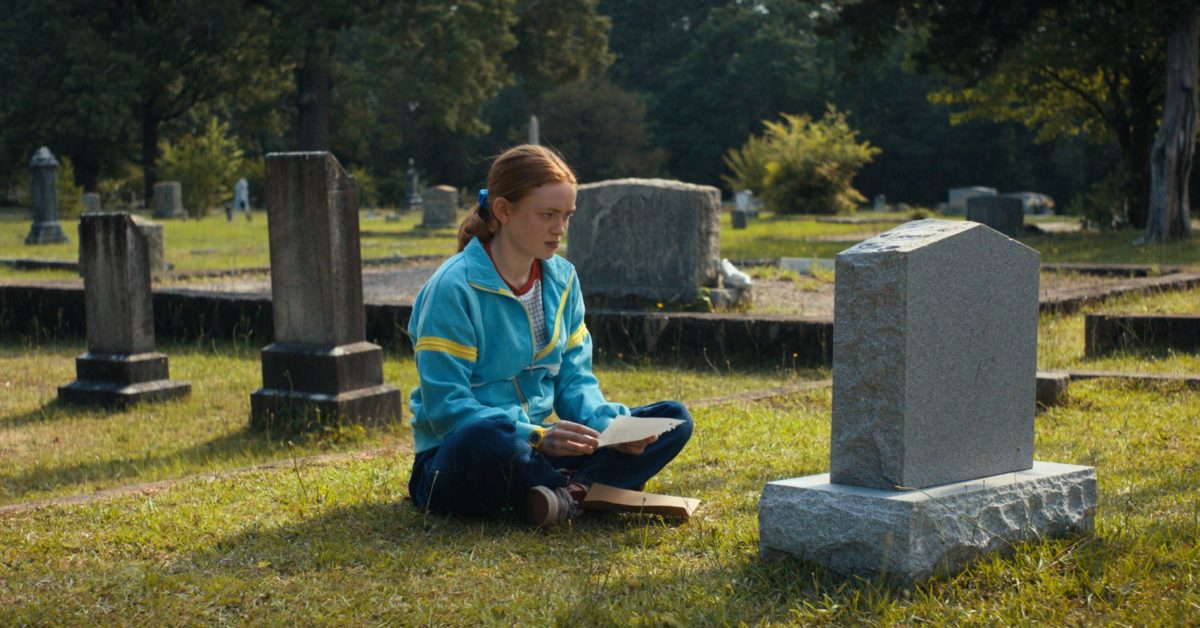 Now fans of Netflix and the Duffer Bros’ Stranger Things 4 In the process of reviewing, re-watching, and analyzing everything and anything that Volume 1 had to offer, we’ve got some updated information from none other than the show’s writers on Volume 2. Premiering this summer, we already knew that the final volume would consist of two, longer than usual episodes. Well, we learned this afternoon how epic the season finale will be. Sharing the news via Twitter, S04E09 “Chapter Nine: The Piggyback” clocks in at 2 hours 19 minutes.

Here’s a look at that tweet from the show’s writers’ room confirming just how big the season finale is in store when Volume 2 premieres this weekend of July 4:

It’s been six months since the Battle of Starcourt, which brought terror and destruction to Hawkins. Struggling with its aftermath, our group of friends are separated for the first time — and navigating the complexities of high school hasn’t made it any easier. In this most vulnerable time, a new and horrifying supernatural threat emerges, presenting a horrifying mystery that, if solved, could ultimately end the horrors of Upside Down.

Here’s a look at the letter shared by the Duffer Bros announcing the end of the series with its fifth season, but teasing that there may be more from the show’s universe to come: