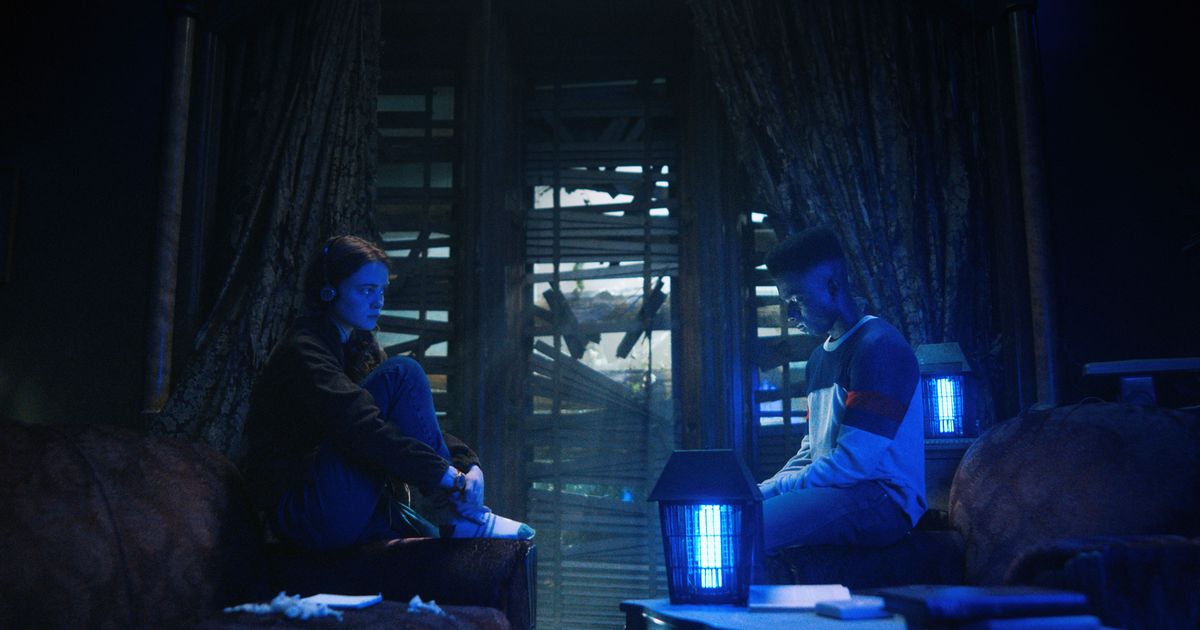 Vulture and New York TV critic Jen Chaney previously worked for the Washington After and has bylines in the New York Time and Vanity Fair† She also wrote As if: The Complete Oral History of Clueless†

Yes, this article is full of Weird stuff spoilers. Consider yourself warned.

One of the most affective moments in the first part of Stranger Things 4 was the stake of Kate Bush’s “Running Up That Hill (A Deal With God)” as the song that ultimately saves Max’s life. Not only was the song used vigorously in the scene where Max escapes Vecna’s scruffy hands, it turned the song into a top ten hit for the first time nearly 40 years after its original release. Popularizing Kate Bush is arguably the greatest public service this gigantic Netflix saga has ever performed.

So it’s no surprise that the song reappears in Full. 2, which adds two final, supersize — or, if you prefer, unnecessarily long — episodes to the sprawling fourth season. Max, by far the biggest Kate Bush fan in Hawkins, Indiana, listens to it through her Walkman headphones during an important interaction with Lucas. We hear instrumental versions of the new-wave classic clearly intended to convey the emotional stakes as the characters try to take Vecna ​​out for good. On the one hand, it’s great to hear that this moody piece of music is getting so much attention. On the other hand, its repeated use is characteristic of what became so frustrating Weird stuff during its fourth season: The Redundancy.

This penultimate season of Weird stuff – season five will be the last – sets itself up to build towards certain moments: the rescue of Elf from Dr. Brenner, Hopper’s escape from Russia and an attempt to take out Vecna/One and save the town of Hawkins. Since the durations of the episodes are basically injected with steroids, a lot of time has to be filled before those ultimate goals can be met or not met. The feeling of being kicked in the water and then refreshed becomes particularly acute in the final two episodes, which are 85 and 150 minutes in length, respectively.

Watching these episodes is like looking at a huge, finished Lego set and recognizing how each plastic brick is clicked into another plastic brick. The bloated finale, in particular, constantly alternates between plot-related action and heartfelt conversations in which two characters discuss their feelings for each other. See: the conversation between Steve and Nancy about their possible future, the conversation between Hopper and Joyce about their romance, the conversation between Jonathan and Will about their relationship as brothers, or the conversation between Jonathan and Nancy about whether they are still a couple. If not everyone is talking about their relationships, they will find themselves in situations that certainly look familiar. Once again, several characters become entangled in the growling vines of the Upside Down. Eleven must once again go into a makeshift sensory deprivation tank to summon her powers. Once again a song from the 80s is performed to further the fight against evil. (This season it’s Metallica’s “Master of Puppets” rather than Limahl’s “The Never-Ending Story,” but in many ways, season four is its own never-ending story.) Too often you look and go, “This before seen. Yes, also seen.”

Even the dialogue nods to this redundancy. “I swear to you, we’ve seen this tree before,” Robin says as she, Steve and Nancy wander through the woods in Upside Down. That’s because you, and those of us watching, have probably seen that tree before, Robin!

“We broke out. We can break in again,” Hopper says, explaining why it’s necessary to return to the rough Russian prison from which he literally spent several episodes trying to escape. By the end of the season, after a 12-hour investment, we’re back where we started: with Vecna ​​still alive and Will Bower’s strange tingling on his neck. “Running Up That Hill” suddenly seems like an even more appropriate theme for a season that felt more and more like you were trying to reach a peak and never came close.

I recognize the irony of accusing Weird stuff repeating itself, as the show’s premise is rooted in copying the pop culture of the 1980s when the show takes place. Before we ever looked Weird stuffwe had already seen Weird stuffin a sense, by absorbing the mainstream entertainment of that decade – from Stephen King novels to movies like poltergeist† Nightmare in Elm Street† ET, and Stay with me† What made Weird stuff The nice thing about the first two seasons was that it took elements from those familiar amounts and remixed them to create something that felt new, but was sprinkled with throwbacks to the past.

However, towards the end of season four, the show replays its own greatest hits far too often. If I could make a deal with God, or at least the Duffer Brothers, I would ask Weird stuff take a more streamlined approach in the final stretch. Make some episodes that are only 40 minutes long. Tell stories with real arches instead of units that slide together like the chipboard parts in an Ikea dresser. And when a song like “Running Up That Hill” is deployed so effectively in a crucial sequence, bring it back sparingly so that the power of that first use doesn’t fade. To use the words of the wise Robin Buckley, show us some trees we’ve never seen before. Take us to the top of the proverbial hill instead of making us run in circles.

By submitting your email, you agree to our terms and conditions and privacy statement and you will receive email correspondence from us.