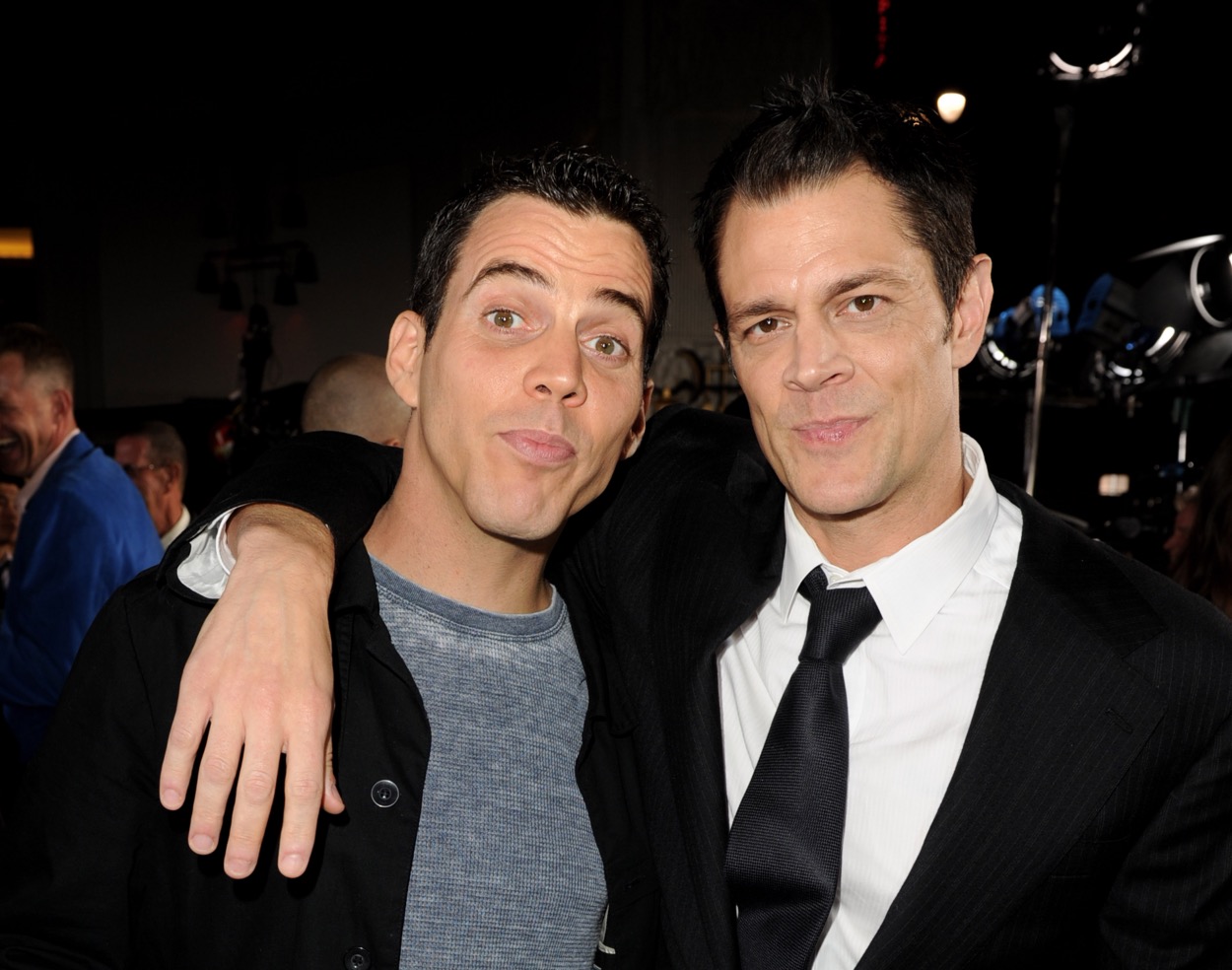 Few stuntmen in modern times have come as close to death in filming as Johnny Knoxville and Steve-O jackass† It’s entirely possible that these two have had so many close contacts with death that they literally don’t remember some of the closest incidents.

But luckily for us, they still remember some of their closest near-death experiences and a recent episode of Steve-O’s Wild Ride they began exchanging stories about the times they nearly saw the Grim Reaper. You can click “play” on the video below, but I’ve also transcribed the video for anyone who would rather read than watch.

Steve-O: “The first time you met Manny (Puig), you said, ‘I want to be bitten by a rattlesnake.’ Manny says ‘you can’t do that.’ And you really insisted, ‘No, no, no, let the rattlesnake bite me’.

And we’ve learned that when Manny says “no,” that means “f–king no.”

Johnny Knoxville: “What was that before you hung over the crocodile pit… what was his security plan?”

Steve-O: “He says, ‘If an alligator gets hold of Steve-O, Steve-O will relax and hopefully the alligator will release him.’

He’s so great. I remember… It was maybe the first time I ever filmed with Manny when we went out to do the Hammerhead (shark) thing. It was the first day with sharks and Manny. And they cut barracudas (fish) in half and hung them all with a bloody clog. (I had) chopped up barracuda fish with straps over me and then Manny put me in the water with the sharks.

I remember my dad seeing it and saying, ‘how can it be safe to be covered with boyfriends(and) swim with sharks?’ and I looked at daddy like ‘yeah, Manny was there! GOD.’ Manny is like my little force field.’

Johnny Knoxville: “Yeah, that’s how I feel about Gary Leffew with the bull. I mean, I feel the same way about Manny. He’s just, he’s Tarzan, right? And even if you do something crazy, you still feel a little bit safe because he’s there.

And the same goes for Gary Leffew with bulls. I just always feel like he’s always supporting me, and he always has. He hires the best bullfighters because they are crucial. Because if you get KO’d and you’re alone in the ring with the bull, it could be worse.”

Steve-O: “There was a time, and everyone will know this, with Manny when we stuck the fishhooks through my face and threw me into the sharks. Manny chops the (fish), he ripples in the water, chops the fish. And he sees this mako shark come after me like it’s going to bite my foot.

And (it was) one of the few times Manny ever felt uncomfortable while filming. The way I heard him, he yells ‘Steve-O watch out!’ And I hear that and I’m like f–k and I panic and I kick and swim away. And in that move, I accidentally kick the shortfin mako in the head as it goes in front of my foot, which was arguably one of the closest conversations I’ve ever had.

And it was years later that I asked Jeff Tremaine, I said, “Jeff, dude, if that shortfin whale bit my foot… We were two hours off the coast of Hurricane Katrina-ravaged Louisiana, what the hell was the plan? ? A helicopter?’ And Tremaine says ‘oh, we didn’t have a plan. We have God.’ How do you explain how lucky we were?”

What WAS the best scenario with that stunt?

Johnny Knoxville: “While I was in Arkansas getting ready to take the riot control test and I spoke to Jeff (Tremaine) and talked about casting you out to see hook through your mouth and slurping up the water with sharks… And I had something like ‘Jeff, what’s the, uhhh… what’s the best-case scenario of this because if we get footage, it means something terrible happened? And how do we get that into the air? What are we here for?’

And he’s like ‘oh no, it’ll be great.’ and I really had questions about that. So it was one of those things where it couldn’t have been better. You were not injured, but you were nearly destroyed, you almost missed a foot…”

Steve-O: “Okay, it was like ‘great, Jeff, you explained the beginning and the middle, but??? (laughing)”

Johnny Knoxville: The End… There’s only one way this can end before it airs (with Steve-O alive), right? I remember that it bothered me, but it didn’t bother me so much that I said ‘don’t do it’… (laughs) … but I did have a break. I was thinking of you Steve-O.’

Let’s not forget the Alligator Tightrope

And that was another one, I remember feeling like not being bitten by the alligator and just taking the chicken off the jockstrap. To me, that felt like the way you (Knoxville) described being on a suicide bull. I was like ‘oh man, I’ve lost my respect. I showed up to be attacked by an alligator…”

Johnny Knoxville: “No, but that was great. Because you could have. You could very well have been (bitten by an alligator). And you stuck it out and you did everything you had to do. So… That’s a great piece.”

Steve-O: “In retrospect, I’m not mad about it, but I remember thinking ‘oh, I really got away with it today’.”

Steve-O: “What are some of the other just crazy ‘we have angels’ (moments)? I think of jackass†

Johnny Knoxville: The rocket. Not only did it almost cost me my life, but one rocket goes back like 150 yards and goes right between (Rick) Kosick and Scott Manning’s ear. And that would have beheaded one or both of them. It was a foot-long metal rod.

That was an angel.

The steel wall that falls on me at the end of Jackass number two because the guy who manipulated it was like ‘you’re getting to your goal, don’t move. This is a steel wall, you will die if it hits you.’ And I don’t listen before I do a stunt, sometimes you can talk to me, but you can see in my eyes that I’m far away.”

The steel wall that falls on Knoxville..

Paul Briske: “I remember seeing the wall hit you and thought that was it.”

Johnny Knoxville: “No, no, that shouldn’t have happened. And I remember on set I had my daughter come down because I thought ‘no one is going to get hurt today, it’s kinda casual’.

And then that steel wall slammed into me and it goes quiet on set except Madison, she says ‘Daddy, what are you doing? You idiot!’ and then everyone started laughing because I moved a little bit.”

Watch the full episode with Johnny Knoxville and Steve-O here:

It really is a miracle that they have all their limbs.