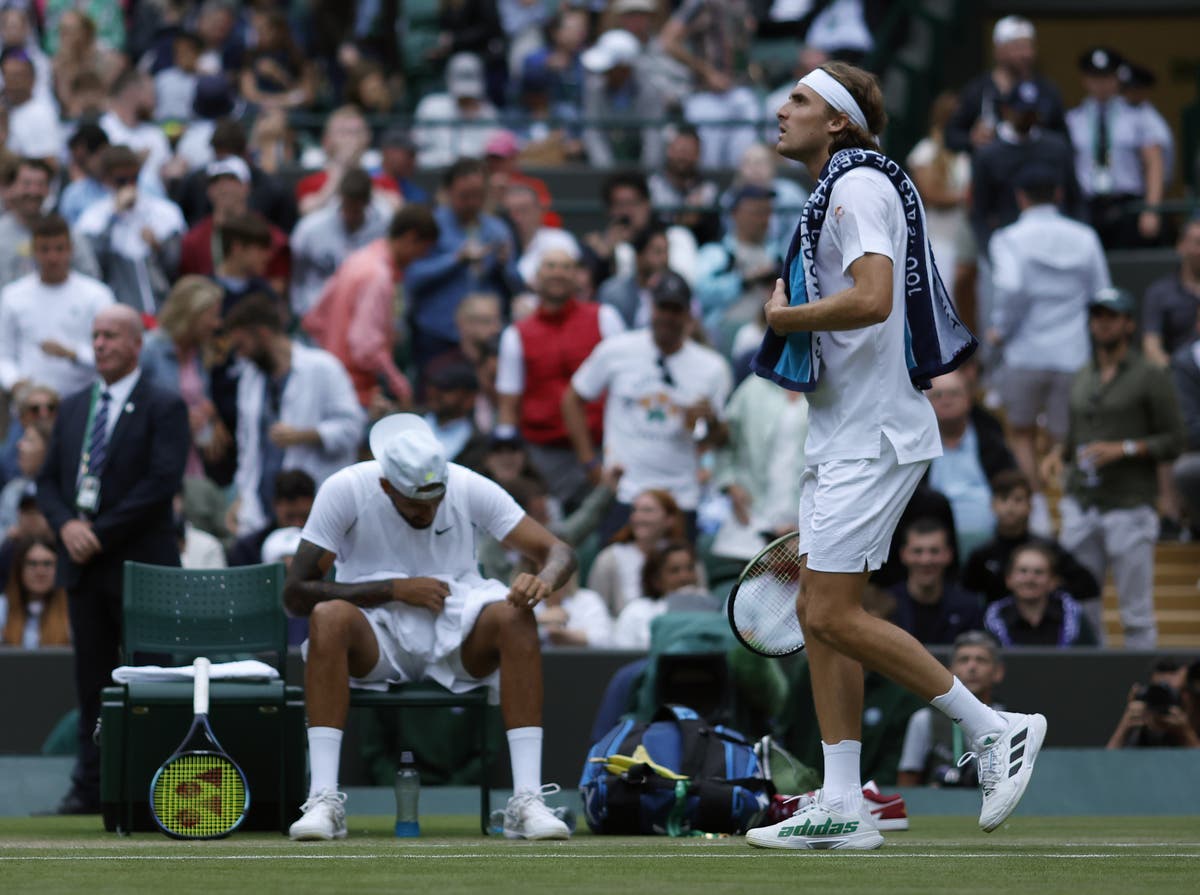 Stefanos Tsitsipas was awarded Wimbledon’s joint highest fine to date for unsportsmanlike conduct after his heady third round clash with Nick Kyrgios.

The Greek was cautioned for hitting the ball recklessly, once into the crowd and once very hard into the backboard from a Kyrgios forearm serve, and was pocketed for $10,000 (£8,260).

That matches the fine Kyrgios received for his antics during his first-lap win over Briton Paul Jubb, where he admitted to spitting at a spectator who had harassed him.

Kyrgios, who was himself fined $4,000 (£3,300) for swearing during Saturday’s match, incessantly appealed to referee Damien Dumusois and other tournament officials to give Tsitsipas notice of default for his first offence.

Tsitsipas angrily tapped the ball towards spectators sitting on the court, but Dumusois judged the offense only worthy of a warning.

Players can be fined up to $20,000 for an unsportsmanlike violation, while blatant abuses can be considered major violations and lead to further penalties.

Tsitsipas apologized for his behavior and admitted afterwards that he lost his cool due to Kyrgios’ persistent complaints to Dumusois.

The Greek, who also called Kyrgios a bully, said: “I have to say it was really bad from my side. I’ve never done that before, throwing the ball off the field like that.

“I apologized to the people. I don’t know what was going through my head then. I think he’s part of it too, with all the circus shows taking place on the other side of the net.

“It started to get very tiring in a way. I didn’t hit people. It hit the wall, thank goodness. Of course I’ll never do that again. It is certainly my responsibility. But there was also something that caused that behavior that I’m not used to from myself.”

“I have done nothing. Other than going back and forth to the referee, I didn’t do anything to Stefanos today that was disrespectful.”

The Australian will face American Brandon Nakashima on Monday for a place in the quarterfinals.