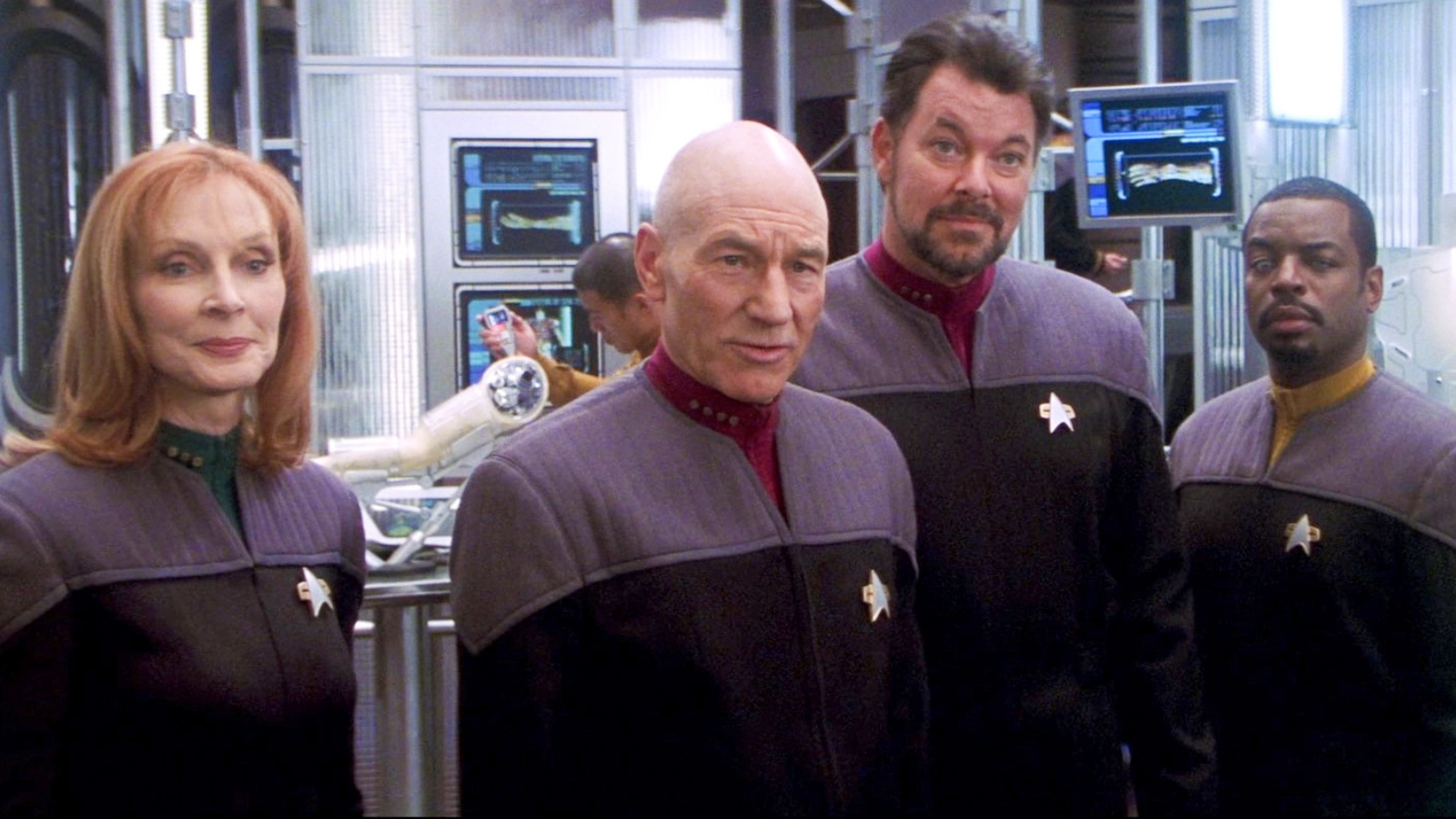 By Michelle Martin | 11 seconds ago

For the most part, nostalgia and Paramount’s expansion of the franchise have been good for the cast of the Star Trek: The Next Generation and the other actors from that era of shows. Not only were Patrick Stewart, Jeri Ryan, Whoopi Goldberg and more all brought back for Star Trek: Picard, but almost the entire main cast will return for season 3 of the series. Kate Mulgrew sings a holographic version of Voyager‘s Janeway on Star Trek: Prodigy and even the infamous Trek-critical Robet Beltran was tapped to return for that animated series. But in a recent interview TNG alum Marina Sirtis said the red carpet treatment is fairly new, even referring to her and her fellow cast members as “thrown out” after 2002’s Star Trek: Nemesis†

Sirtis – who plays counselor Deanna Troi TNGin the TNGmovies of the era and about guest appearances in other series – spoke to Red Carpet News (via TrekMovie) as she shared how well she and the rest of the cast of Star Trek: Picard season 3 was treated compared to how it was after Nemesis† “The [Star Trek: Picard] producers … did say they thought we didn’t broadcast well Nemesis‘ said Sirtis. “And that they wanted to steer us in the right direction, which I appreciated, because this is something that has been occupying my life every now and then since 1987. And I felt like we were kind of being discarded. But we were definitely nurtured on this project.” You can see the interview below.

Star Trek: Nemesis marked a depressing end to the TNG era of movies and it would be the last movie in the franchise until 2009 Star Trek† Nemesis made just $67 million against a $60 million budget. For comparison: 1998 Revolt earned $112 million and 1996’s First contact earned $146 million. As for the story, it ended on a tragic note – with the death of Brent Spiner’s Data. Reviewers weren’t more impressed with it than audiences, as evidenced by the fact that of all of the franchise’s films Rotten Tomatoes has given it the second lowest score at 38%. It only beats 1989’s really awful Star Trek V†

To be honest, according to Sirtis herself, she wasn’t treated much better even before filming Star Trek: Nemesis began. at a TNG cast reunion at the 2017 Star Trek Las Vegas event, Sirtis said the studio tried to downplay her during negotiations, despite her character playing a bigger role in Nemesis† She pushed back and the studio allegedly threatened to fire her and replace her with Jeri Ryan if… Voyager‘s Seven of Nine. Sirtis said her reaction to the studio was, “Well Jeri Ryan won’t do it for that money, that’s for sure.”

In April it was announced that the third and final season of Star Trek: Picard LeVar Burton, Michael Dorn, Jonathan Frakes, Gates McFadden, Marina Sirtis and Brent Spiner would all reunite as regular cast members. One of the biggest questions about the reunion concerns who will play Spiner as he insisted that Data is gone for good. One possibility is that he will play one of Noonian Soong’s descendants, although some fans are no doubt hoping he will play either Data’s evil twin brother Lore or perhaps the somewhat limited prototype B-4.