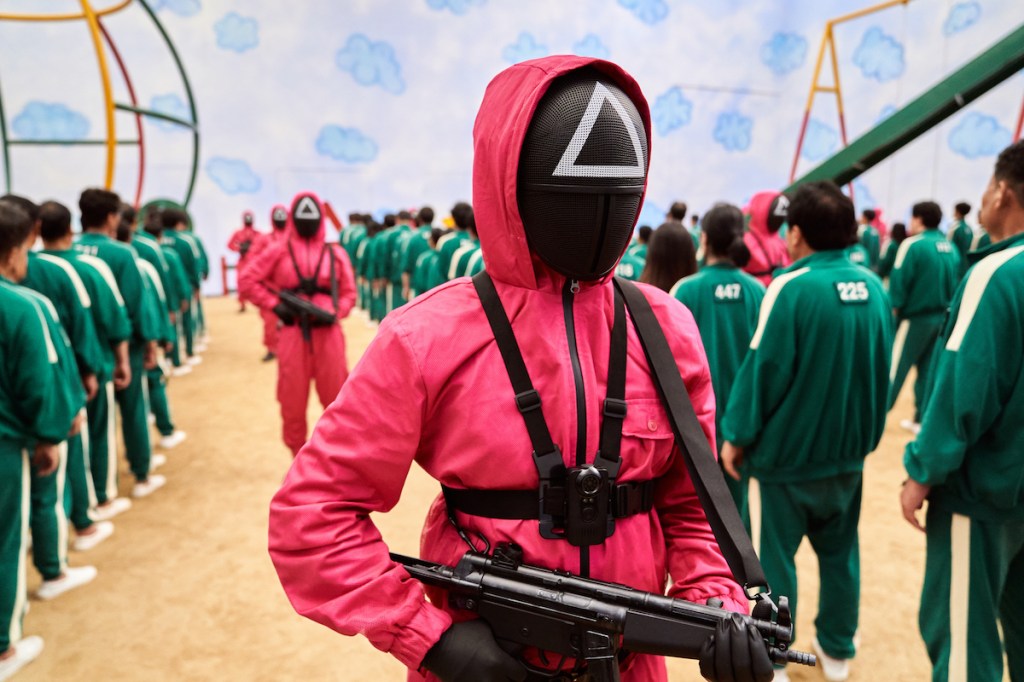 Netflix has released a short teaser for the second season of the hit drama series “Squid Game,” along with a message from creator, writer, director and executive producer Hwang Dong-Hyuk sending details about which characters are returning for the second outing.

“Red light… GREEN LIGHT!” reads the message next to the teaser, which includes a short animation of the giant animatronic doll common in the “Squid Game” pilot.

Squid Game is officially back for Season 2! pic.twitter.com/4usO2Zld39

Hwang’s statement goes on to tease a bit of the story for the sequel season, revealing that protagonist Seong Gi-hun (Lee Jung-jae) and masked antagonist the Front Man (Lee Byung-hun) will both return.

“The man in the suit with ddakji may be back,” Hwang writes, before also hinting that Young-hee’s boyfriend, the giant killer animatronic doll that introduces viewers to how deadly the game is, will be introduced.

“Join us one more time for a whole new round,” the statement concluded.

A second season of “Squid Game” was essentially a foregone conclusion after the Korean series’ superlative success on Netflix. By a long shot, the first season marked the streamer’s biggest TV show ever, with 1.65 billion hours of viewing in the first four weeks of its release last fall.

After Hwang hinted at a second season in the weeks following the show’s breakthrough, Netflix co-CEO Ted Sarandos officially confirmed more episodes are on the way in January. Hwang has since hinted that a sequel may be a ways away, stating that episodes are likely to premiere towards the end of 2023 or early 2024.

In the meantime, “Squid Game” has emerged as an awards heavyweight. After garnering a slew of nominations at the Screen Actors Guild Awards, including wins for Lee Jung-jae and HoYeon Jung in their respective gender categories for outstanding performances in a drama series, Netflix is ​​now in the midst of an FYC campaign during the Emmy. season . The nominations will be announced on July 12.