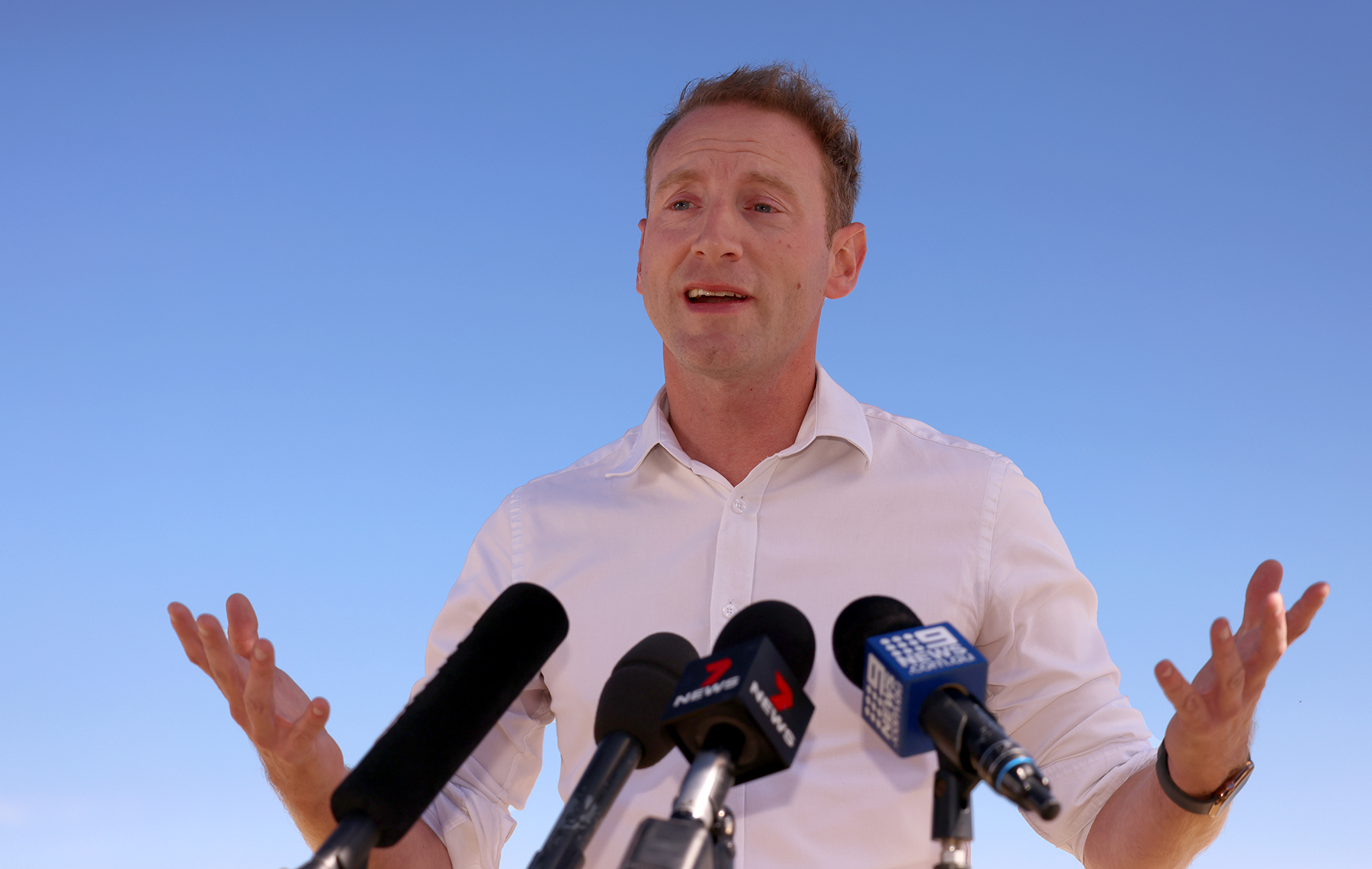 The newly-elected opposition leader has also declared himself “open” to formalized factions in the fractured Liberal Party, which he admitted would need both structural reforms and policy overhaul — the latter under a new shadow ministry he unveiled today.

Talk about InDaily‘s Notes On Adelaide podcast – in an episode airing tomorrow – Speirs reflected on an incendiary speech he delivered last year, encouraging parishioners of Adelaide Southland Church to “stay involved” in the political process.

“Pay close attention to what is happening in your parliament and what your local MPs are doing… this idea of ​​the separation of church and state – forget it,” he said at the time.

It coincided with the Church’s pastor, Rob Norman, who encouraged the congregation to join political parties to prevent the adoption of legislation such as the recently passed abortion and voluntary euthanasia laws, and came amid a right-wing faction-led “Faith in Blue” recruiting campaign aimed at largely Pentecostal communities to join the liberal group.

“I wasn’t part of that recruiting campaign,” Speirs told me InDaily this week.

“It was an initiative of a group within the party – they probably thought they were doing the right thing, and it was a means to an end… but look, I think we can go further than that.

“I don’t want to see any political party in this state run by any particular religious organization or creed – I think that would be unhealthy and unproductive and that’s not what South Australians are looking for.”

When asked if that meant he wanted the Believe In Blue campaign to end, he said, “I don’t think it’s necessary to continue.”

But one of the recruiting campaign’s architects, SA Senator Alex Antic, told: InDaily in response, he would “continue to encourage those who share our values ​​to join our party, regardless of their lifestyle”.

“The legacy of a period of left-wing dominance in this state has been one of electoral destruction,” Antic said, after the moderate faction-dominated Marshall government lost power after just one term last month.

“The Liberal Party is a centre-right conservative party that has been damaged by this period.

“To appeal to the Central Australian voters, we need to be the party with truly ‘liberal’ values ​​and I intend to encourage those who share our values ​​to join our party, whatever their walk of life.”

Speirs said of his speech to Southland – in which he also railed against the state’s Legislative Council as a “laissez faire, leftist place” – that he “had a habit of being very honest about things”.

“Had I known there was a camera pointed at me, I might have made more nuanced comments in terms of context,” he said of the speech, which was broadcast live on the church’s Facebook page.

“I think people of all religions – and I would suggest that a majority of people in SA have a fundamental faith-based influence – should feel comfortable getting into politics, becoming a political member [and] getting into elected positions… I think that should be celebrated as part of a multicultural, diverse society.’

Speirs said he was a religious person, describing himself as someone “shaped by what I would describe as a fairly traditional Christian upbringing” who attends church “on a semi-regular basis”.

“I was really determined that I would never let my faith be piously preached from the benches of our parliament,” he said.

Speirs gained the support of influential liberal conservatives after he brought charges for amendments to the termination of pregnancy bill, but he now says it’s “interesting” that the episode pigeonholed him as an arch-right.

“There was really only one issue that I really focused on — I was struggling with the concept of a long-term path to abortion without appropriate protection for the unborn child, and so I kind of took a leadership role on that point,” he said.

“I led the attack on that one” [because] I am convinced that the average person in my electorate would be comfortable with society’s practices of abortion – and I am – but less comfortable with late abortion unless there were really strong protections around it.

“I became an advocate, no doubt about it” [but] I think I kind of put myself in a box there [but] in over 95 percent, probably more, of the votes that come through parliament, my faith would not have affected me in some way.

He said he would “describe myself as a political centrist…and really balanced by my very progressive environmental views”.

Speirs has retained the Environmental Portfolio he had in government in his shadow ministry unveiled today.

The new leader suggested he was open to party reform, including formalizing the factions that have torn the recent liberal governments.

“It was a challenge for the party and there is no point in sweeping it under the rug,” he said.

“We talk a lot about factions within the Liberal Party, but there are many more outspoken factions – and probably ideologically opposed factions – within the state Labor Party. [though] they seem to manage those differences pretty well…and again it’s probably because they’re really good at the politics of it all.

“As regards formalizing the groups, I would certainly be open to that, but I want to have that discussion with the party members, the board within the party and among colleagues.

“I don’t have a set agenda of what I want to achieve… I think a lot of members want to never hear us talk about factions again and just continue presenting an alternative vision for the state.”

A liberal source told InDaily today that while religious recruits were still members of the Liberal Party, “I don’t think it’s as coordinated” as last year’s joint action.

“Certainly people are still coming through, but it’s not a significant push like before.”

They said the failure of state elections for religious right-wing parties, including Family First and Bob Day’s Australian Family Party, showed some of their proponents that “perhaps the best way to influence politics is to be within a mainstream party.” .

“So people are still coming through, but it’s not like it used to be,” they said.

The insider said that “by and large, the right is definitely on an upward trajectory in terms of growth” following the Believe In Blue campaign.

“It restores a historic imbalance in the party — it’s certainly not the flash in the pan that some moderates thought and hoped it would be,” they said, arguing that the moderate group “maintained their power from a minority position, if you look at the broad following”.

That, they said, was because of the power through “anchored positions” like the prime minister and his office [ministries] to their people”.

“They’ve lost that advantage a bit now, so [the party] takes on a more natural shape.”

That’s despite the moderates retaining an overwhelming majority in the banquet hall – aided by the loss of key right-wing seats, including Schubert, with the retirement of Stephan Knoll; Waite and Davenport, who were lost; and Mount Gambier, Narungga and Kavel, whose incumbents are now on the cross-bench.

“It takes a while for the numbers to seep through” [but] the organization has turned around a bit,” said the source.

“But it goes a long way to developing the kind of relationships with each other that we need to thrive.”

They said what the evangelical recruiting campaign has done “is a reformation in everyone’s minds — basically both sides of the liberal church — that if you want to influence your natural political party, you have to sign up and be involved.”

“It reminds everyone that democracy is there to participate in, and if you don’t participate, you’re forfeiting our right to be concerned about the results — and if you want to change that, join in,” they said.

“It’s Not a Ride” for himself now – it has reshaped in people’s minds the very nature of involvement in a political party.”