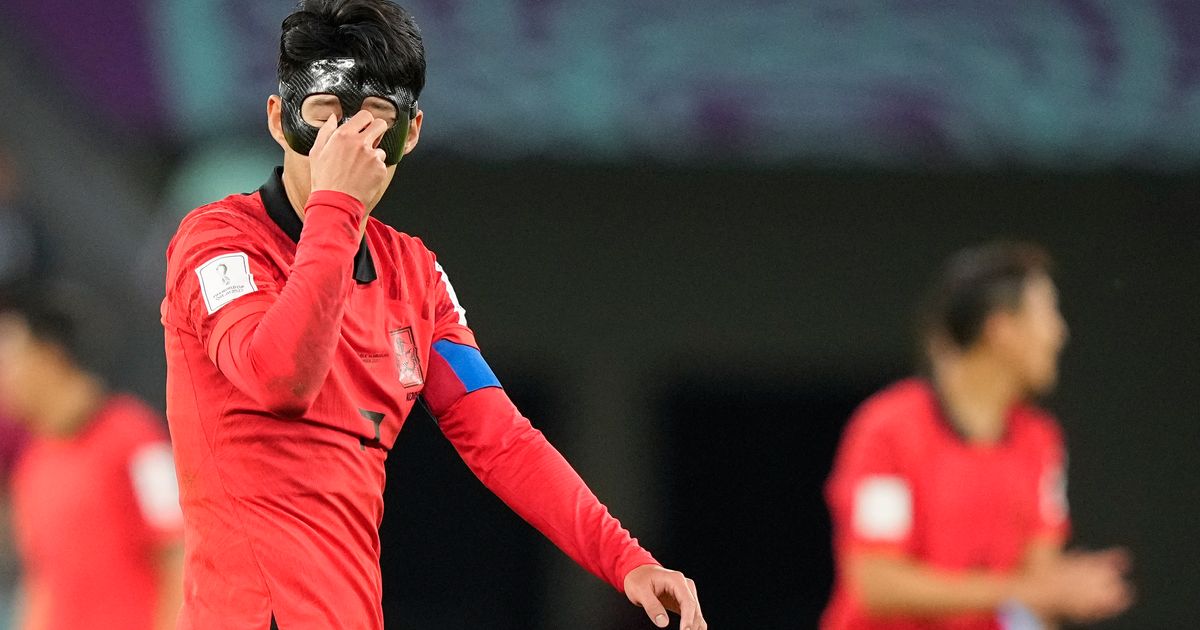 AL RAYYAN, Qatar (AP) — South Korea and Uruguay began their World Cup campaigns on Thursday with a 0-0 draw, a result likely to favor the Asian team.

The draw at Education City Stadium was another early World Cup match where the favored team stumbled. Argentina and Germany both lost their opening game due to major setbacks.

South Korea, with striker Son Heung-min wearing a mask to protect a broken left eye socket, always looked the most likely team to score against the more experienced Uruguayans. The South Koreans were faster and pressed from the opening whistle.

However, in a game with few clear scoring opportunities, Uruguay had the best chances: Diego Godin hit the post in the 43rd minute and Federico Valverde hit it in the 89th.