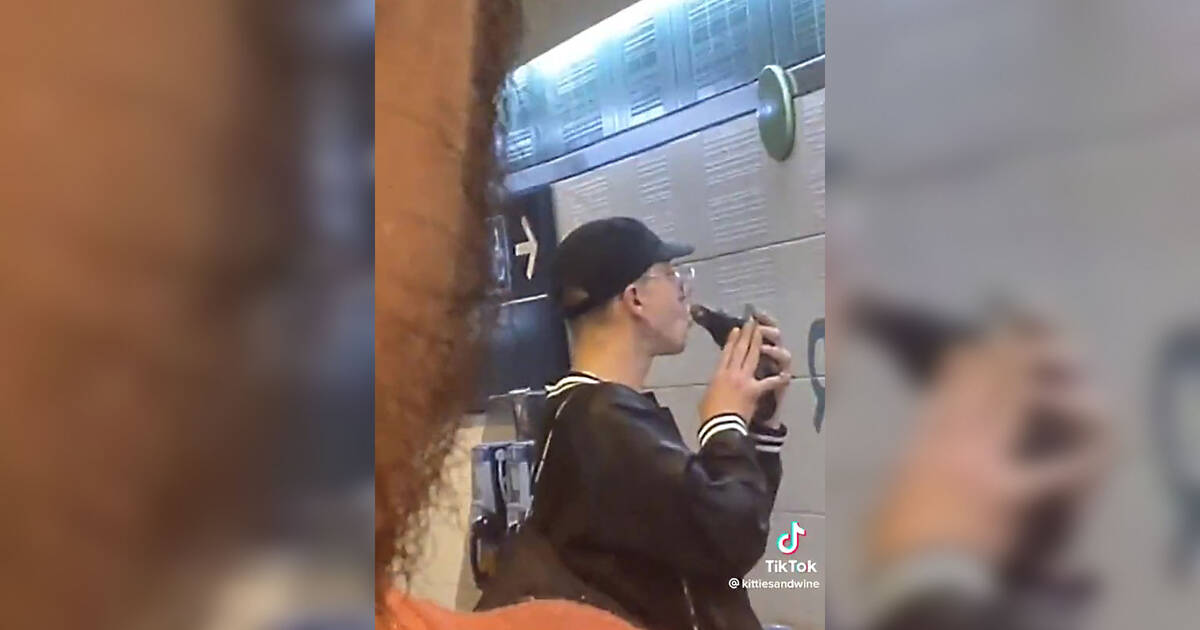 A video doing the rounds on TikTok shows something disgusting happening on the TTC, and while that doesn’t sound too uncommon, this is definitely another one to add to the list.

Just when you thought you’d seen it all in Toronto, someone just had to go and hug a pigeon on a Toronto subway platform.

TikTok user kittiesandwine shoots in selfie mode as he stands in awe on the Line 1 subway platform at Bloor-Yonge station as a man wearing glasses in a black hat, black and white striped jacket, and an Under Armor shirt. bag, becomes very friendly with a subway pigeon.

He gently lifts the winged rat and possible disease vector to mouth level (as the viewers’ internal dialogue collectively screams “no, no, no!”) and moves on to get some one-on-one face time with the garbage bird.

The man recording the video dramatically whispers, “That’s some big city shit over there.”

Someone asked me what it is like to live in the city of Toronto…..

Whether he’s kissing the bird or letting the bird eat from its mouth really feels like an unimportant point to investigate. It’s mouth-to-pigeon contact anyway, and your gag reflex probably can’t tell the difference.

And for anyone racing to the comment section right now to defend the honor of pigeons, let me be clear, I have nothing personal against the birds. I’m sure they can be beautiful in environments where they are not.

But according to Health Canada, they can also be dangerous and “associated with a variety of diseases, including histoplasmosis and cryptococcosis.”

Histoplasmosis is a disease that can infect humans, caused by a fungus that grows in pigeon droppings.

Cryptococcosis is another fungal disease associated with pigeon droppings that can harm people with compromised immune systems.

It’s also just gross to kiss pigeons. That should be reason enough.