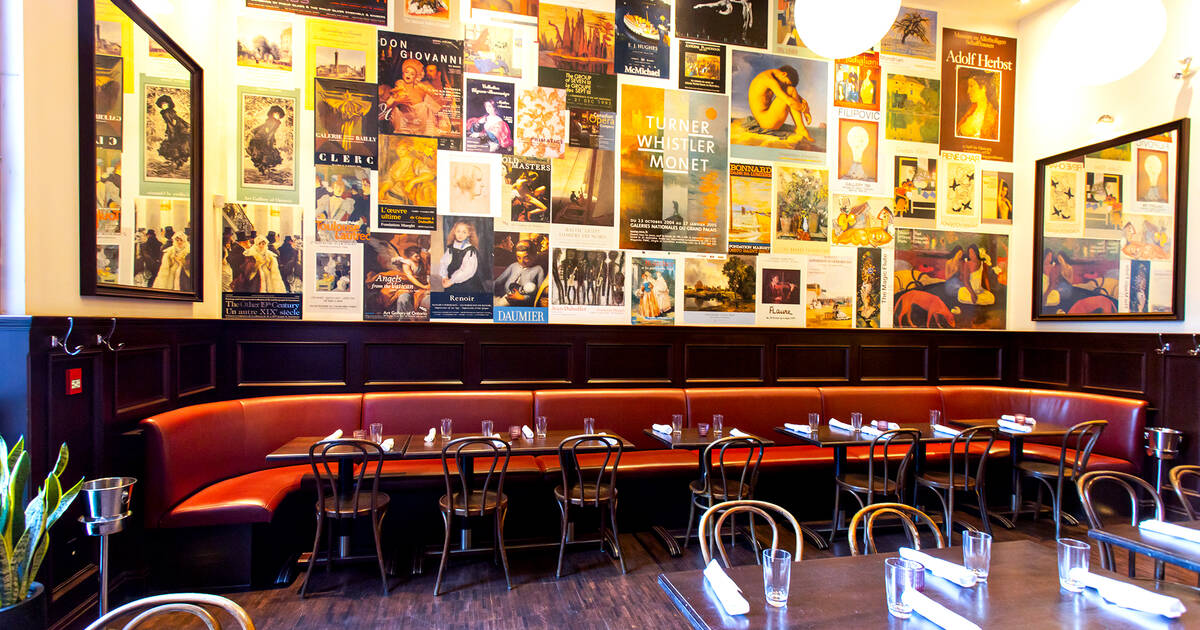 One of Toronto’s most famous restaurants, Le Select Bistro, is the subject of a new documentary made by a group of Toronto students.

For over 40 years, Le Sélect Bistro nurtured a family of over 80 employees until its bittersweet farewell in February 2021.

The company announced on its Instagram page that condo developer, Allied Properties, would be taking ownership of the property.

Fans of Le Sélect didn’t have to live without the restaurant’s classic French dishes for long, as the business reopened earlier this year and changed ownership from Frédéric Geisweiller to ex-Keg CEO David Aisenstat.

Raval Alviarez, who directed, wrote, and edited the film, and Hayley Pinto, the documentary’s producer, are both second-year film and television production students at Humber College.

Their new documentary, Le Sélect, reveals the history of the established restaurant and includes scenes with the current staff and previous owners, Frédéric and Jean-Jacques.

“Over the course of those 40 years, Le Select garnered quite a following, and it created the careers and launched the careers of so many talented culinary workers across Canada,” Alviarez told blogTO.

“The memories formed there, and the relationships and bonds of the more than 80 employees who occupied that space, became a close-knit family.”

Alviarez started the idea for the ten-minute documentary in January 2022, when the restaurant was still closed.

He initially pitched the documentary as part of his program requirements and got in touch with a close friend who had worked at the restaurant.

Shooting for the documentary began in mid-October, collecting over 500 minutes of footage and interviewing at least seven subjects.

“It was great talking to everyone we spoke to, every time we had just a few hours with them they were so willing to share their story and talk about Le Select,” producer Pinto told blogTO.

Alviarez said the team even managed to capture footage of the previous owners returning to the restaurant for the first time since it closed in the first half of 2021.

“They came in and people just started clapping, and it wasn’t even planned,” he told blogTO. “I think that just spoke to the kind of people they were.”

Pinto said the company was much more than just a restaurant, and despite being based in a major city, managed to make a significant impact.

“The owners really gave people who had no experience a chance, and they’ve become such great chefs and cooks and really excelled at their craft thanks to a small business,” she said.

Alviarez explains that the core of the documentary is revealing the restaurant’s true story, what happened when the owners were forced to sell it, and whether anything could have been done to prevent it.

Some of the questions he asked himself while filming the documentary include “what are we losing if many of these family businesses displace their place in our city? What is the soul of our city? Where is it going as we going through periods of urbanization? and modernization?”

Alviarez said that the story of Le Select is also one we see all too often in the city.

“I think the stats have been closing over 3,400 small businesses in the last year, and someone can hear that and not know what it means,” he told blogTO. “I think this documentary is trying to show people what it means when we lose a space like that.”

Pinto echoed these sentiments, explaining that the documentary reveals so much more about the city we live in.

The documentary will be shown at the Hot Docs Ted Rogers Cinema on January 18.