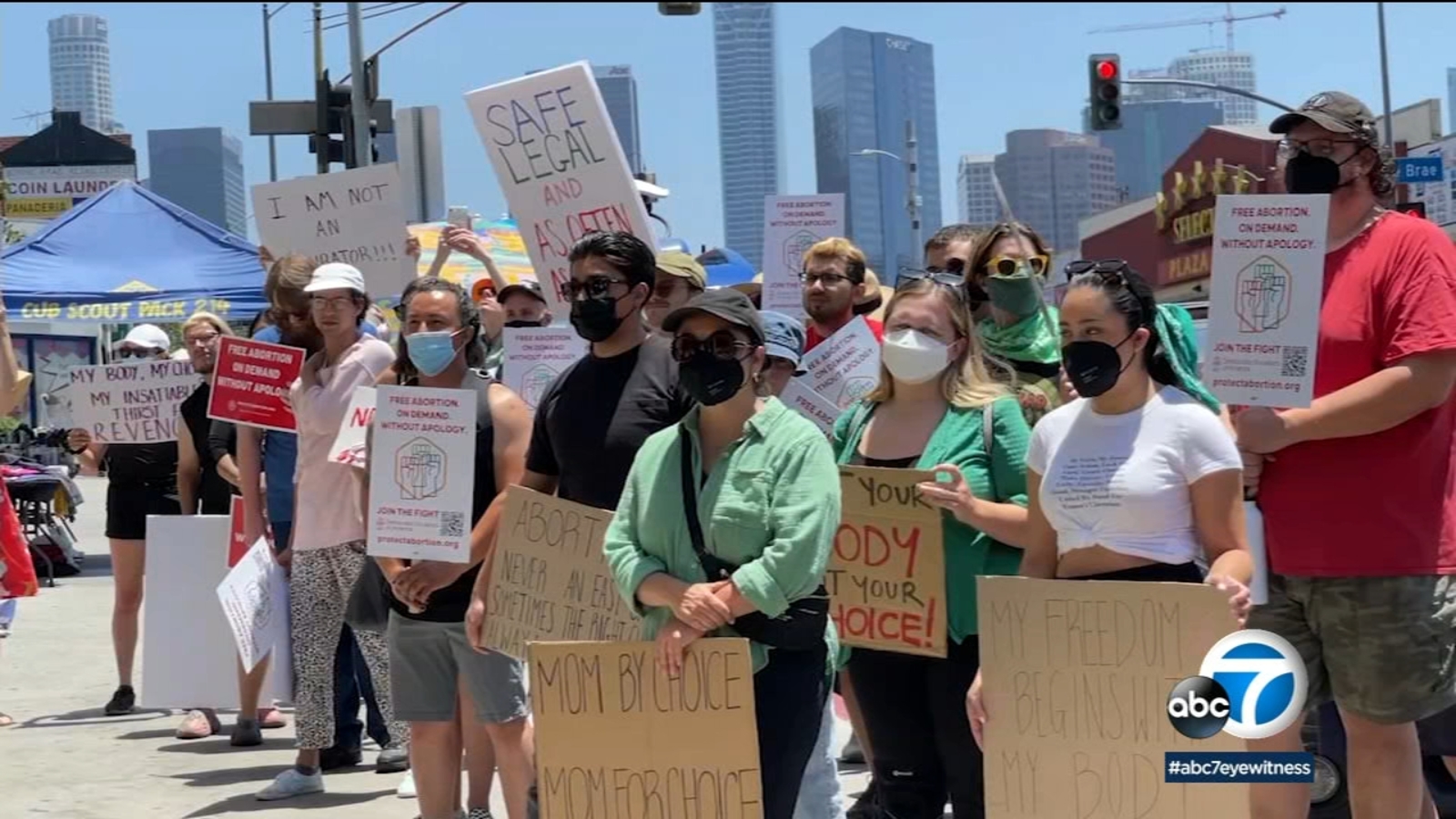 Protesters in Venice took the symbolic step on Monday to gather on July 4 to protest for abortion rights and access. Liz Cartojano belonged to the group, holding a sign that read “America doesn’t deserve a birthday party.”

She said the freedom introduced in 1776 was not made for blacks, indigenous people, people of color and women.

“It really pushes me to do more and also stand up for what I really believe in and what freedoms we should really be fighting for,” she said.

The protest was organized by the LA branch of the Democratic Socialists of America.

“A lot of people think that because we’re not a rule of law, everything is fine and we don’t have to worry… but this battle is about all of us,” said Lori Dajose of DSA-Los Angeles. †

They draw attention to the more than 20 counties in California that do not have abortion clinics.

“We cannot be complacent just because we are in a city and state where abortion is safe for now,” added Dajose.

A local doctor shared his experience working at an Arizona abortion clinic.

“It’s not something a woman has ever done lightly that I’ve come across. They’ve always been very thoughtful about that decision. And it’s a mostly painful and personal reason for what they do,” Adam Freeman said.

There were also protests in Sacramento and across the country as legal challenges over abortion bans begin in several states in the coming days and weeks.

Instead of red, white and blue, Cartojano chose to wear green.

“It’s a color for reproductive rights. And coincidentally, there was also an American flag on this shirt. So there’s a dichotomy there too.”