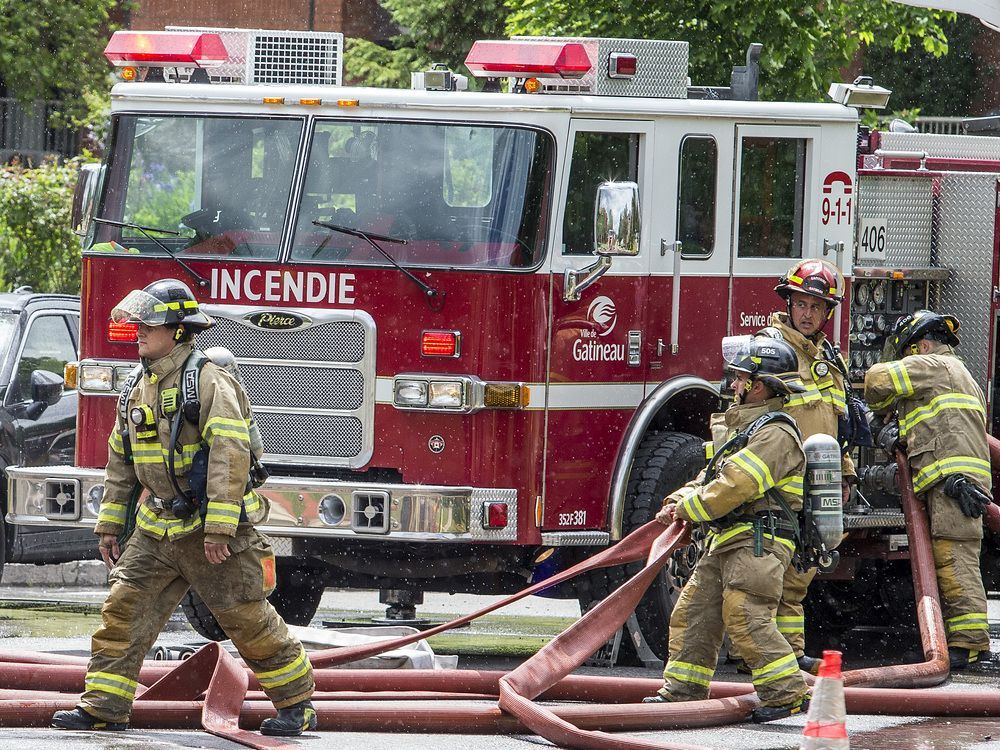 Gatineau police are investigating a persistent four-alarm fire that left six people on the run on Rue Main in the Lac Beauchamp district.

The fire brigade was called to the address just after noon, which has a small restaurant and a convenience store on the ground floor.

Firefighters fully found the fire and called further alarms as the afternoon progressed for more personnel and equipment.

There were 63 firefighters on the scene when it was declared under control at 10:20 p.m.

The Ottawa Fire Department provided four pump trucks and a number of officers and personnel.

No injuries were reported.