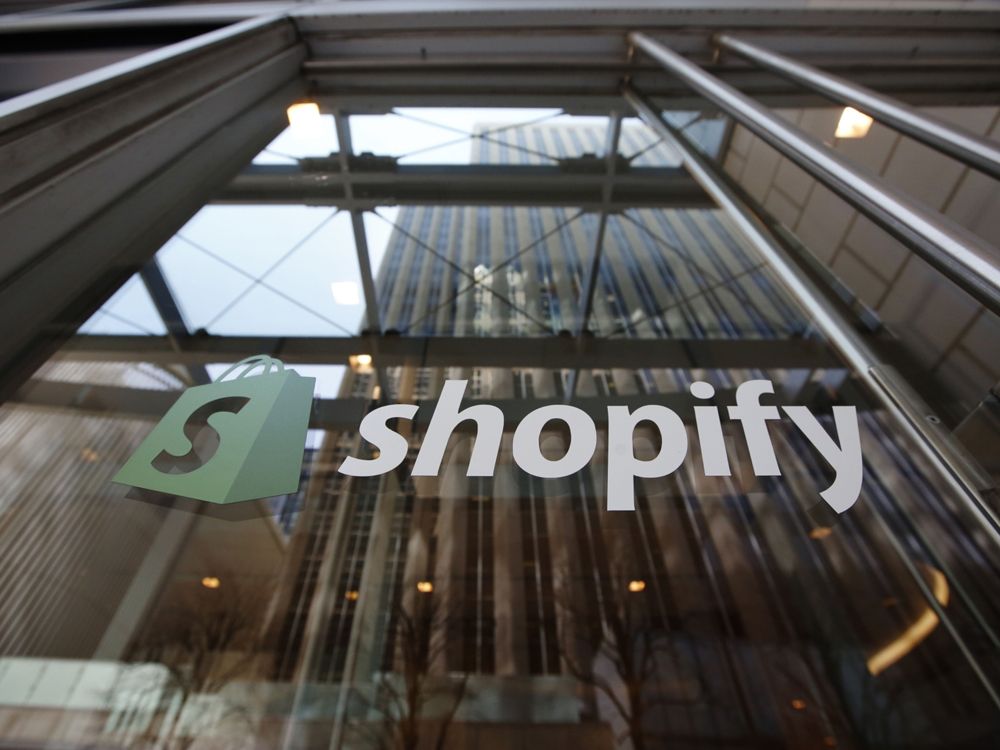 Shopify Inc., Canada’s largest e-commerce company, announced Tuesday that it will sell new hardware to brick-and-mortar retailers as it tries to recover from an overly aggressive bet on how quickly the economy would go online.

The device, called POS Go, resembles a smartphone and allows retailers to checkout wirelessly from anywhere in the store, while merchants can also view analytics and data on things like sales, inventory and product information.

It’s one of Shopify’s most significant product announcements since the layoff of one-tenth of its staff (about 1,000 people) this summer after CEO and founder Tobias Lütke acknowledged that e-commerce’s outstanding performance during the pandemic had allowed it to accelerate the growth trajectory of online business. sale.

The company also replaced members in the C-suite a few weeks ago.

When health restrictions were lifted, it became clear that a significant number of consumers still wanted to shop in brick-and-mortar stores. For example, e-commerce accounted for 4.7 percent of total retail sales in July, little changed from the same month a year earlier, Statistics Canada reported last week. It was a humbling moment for Shopify, which at one point during the pandemic had grown into Canada’s largest company by market cap. The company’s stock price has since fallen below its pre-pandemic value.

“In the end, placing this bet was my call to make and I was wrong. Now we have to adapt,” Lütke wrote in an email to staff on July 26.

Martin Toner, an analyst at ATB Financial, said Shopify has expanded its “offline” offering to leverage its millions of ecommerce merchants. “They rely on their POS solution,” Toner says, referring to point-of-sale technology that allows retailers to process transactions. “It sounds like it’s turning out to be quite successful and that helps drive the growth a bit here, but not in a needle-moving way,” as the vast majority of Shopify’s revenue comes from ecommerce, he said.

Shopify posted 57 percent revenue growth last year due to more online shopping. But those numbers were affected by the pandemic. Once economies reopened, physical shopping increased, as did the proportion of spending on services such as travel and eating out. The company’s share price has fallen about 80 percent since its peak in November.

Shopify is also focusing on logistics and fulfillment as it reconfigures itself and in July completed a $2.1 billion acquisition of logistics software company Deliverr Inc. finishes.

Toner said Shopify’s overarching strategy hasn’t changed despite the layoffs and losses. In a press release, the company said that in the first half of the year, sales of merchants using Shopify’s main POS product grew 60 percent.

“The needs of offline retailers are not entirely different from those of their sellers,” Toner said. “It will deliver growth and likely profit over time.”