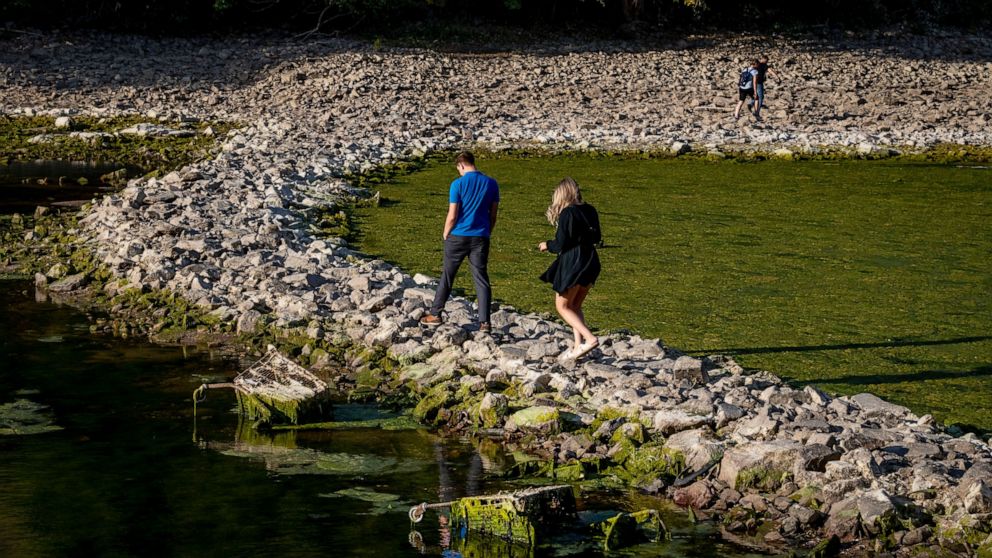 Shipping companies were preparing to halt freight transport on the Rhine when the water level in Germany’s largest river approached a critical low on Saturday.

An ongoing drought affecting much of Europe has lowered rivers like the Rhine, preventing large ships carrying heavy loads from passing important waypoints and forcing them to use smaller ships or split loads into multiple shipments.

At a bottleneck, near the town of Kaub on the Middle Rhine, an official meter measured the water level at 37 centimeters (14.6 inches) on Saturday afternoon. Large, heavy ships cannot pass if the level drops below 40 centimeters (15.7 in).

While the depth of the fairway in Kaub was still about 150 centimeters (59 inches), experts say passage will become difficult even for light or specially modified freighters when the water level drops below 35 centimeters (14 inches). A reading of less than 30 centimeters (11.8 inches) is considered unacceptable.

Shipping authorities predict that point could be reached early next week, although it’s unclear whether water levels will hit the record low of 25 centimeters measured on the Kaub meter in October 2018.

Logistics company Contargo said on Friday it is preparing to suspend shipping on the Upper and Middle Rhine for safety reasons and plans to move some of its cargo on trucks.

However, the capacity of road and rail freight transport is limited.

Businesses along the Rhine that rely on ships to receive raw materials and deliver finished goods are expected to experience delays and shortages. Coal-fired power stations and petrol stations may also face supply shortages if shipping on the Rhine is halted.

Meteorologists predict rain for the next few days, but it was unclear whether it would be enough to prevent the water level on the Rhine from dropping to a point that hinders navigation.

In Italy, authorities allowed more water from Lake Garda to flow into parched local rivers like the Po that farmers use to irrigate crops. Combined with Italy’s worst drought in decades, the country’s largest lake is approaching the lowest water level on record.