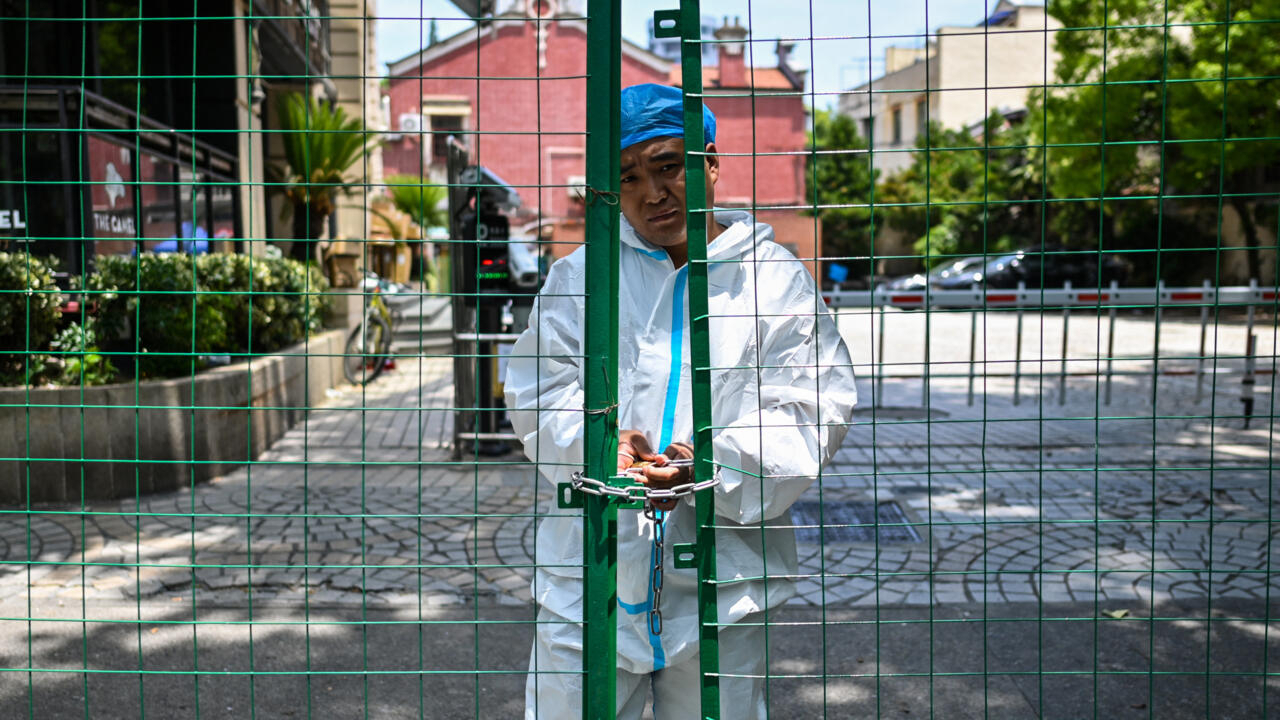 Shanghai is set to impose new lockdowns on residents of several boroughs this weekend during a massive test drive, officials said Friday, as President Xi Jinping called on China to stick “steadfastly” to its strict zero-covid strategy.

But the strategy has come under scrutiny after the rapidly spreading Omicron variant imposed sweeping restrictions in major cities like Shanghai and Beijing, hammering the world’s second-largest economy.

In Shanghai, at least 15 of the city’s 16 districts — totaling more than 23 million people — said they would conduct PCR tests on residents in the coming days, while six areas said they would impose lockdowns during the test drive.

The districts that will impose a number of lockdowns – Minhang, Yangpu, Putuo, Fengxian, Qingpu and Changning – are home to more than eight million people.

The massive tests, announced in a series of announcements released locally on Thursday and Friday, come less than two weeks after Shanghai began to stumble from a grueling lockdown marked by food shortages and scattered protests.

Despite easing many restrictions after finally containing China’s worst outbreak in two years, the skittish authorities have continued to impose a shifting mosaic of curbs to guard against a resurgence.

The announcement of massive tests has made the weary Shanghai residents fear a setback.

“I have an ominous feeling,” wrote one user on the Chinese social media platform Weibo.

Another wrote that fences had been erected dividing their residential community into two major areas, adding that they saw panic buying of rice and oil at the neighborhood supermarket.

Chinese leaders have tried to thread the needle between crushing the virus and limiting the damage from lockdowns, with President Xi on Thursday calling for “efficient coordination of the prevention and control of Covid-19 with economic and social development”.

Experts predict that China will struggle to meet its economic growth target of about 5.5 percent this year as virus lockdowns force business shutdowns and disrupt supply chains.

The World Bank has slashed its growth forecast for China for 2022 to 4.3 percent, warning this week that disruptions from Covid could further slow the recovery.

The shockwaves of China’s zero-covid policy have also hit the global economy, especially after the lockdown in Shanghai – the country’s largest city and a major global shipping hub.

Parts of Beijing have also re-imposed some restrictions after easing work-from-home orders and allowing restaurants in the capital to reopen for indoor dining earlier this week.

Two central districts on Thursday ordered the closure of bars, nightclubs and internet cafes, local media reported, after the capital reported a cluster of infections linked to nightlife spots.

Beijing has reported nearly a dozen recent cases related to nightclubs, after several days with no new cases outside the restricted areas.

Officials placed new barriers overnight around several residential complexes in the city, including one near Beijing’s embassy district, where an AFP reporter saw workers building metal fences and transporting pets in crates out of the grounds.

Some companies have also asked employees to prepare to resume working from home, while others have been denied access to their offices after Covid cases or close contacts visited the buildings.

The latest outbreak in Beijing sparked anger on Chinese social media, with some blaming club members for partying, while others pointed the finger at the city government and testing agencies.

“‘Cleaning up’ from Covid seems like a joke… Where else are these new cases coming from?” asked one Weibo user, citing the city’s earlier statement that it had “resolved” cases outside the quarantine areas.

China reported 73 new local infections on Friday, including eight in Beijing and 11 in Shanghai, according to the National Health Commission.